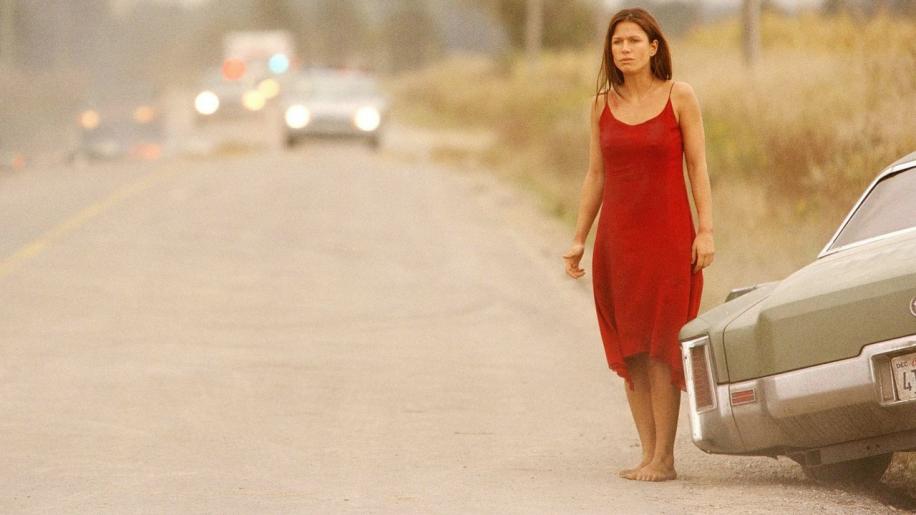 Something to really shout about with this movie is the image quality. The rendition is spotless to begin with, and has to my eye no haloing or edge enhancement whatsoever. Blacks are bold with a healthy contrast that holds true through the stylish use of cold silvers and blues in darker scenes and flashbacks, then orange hues are used for the final outdoor scenes. The murder of Molly's friend in the road tunnel being delightfully chilling, wet tarmac glistening beautifully on the screen and bare pipes brandishing cold steel blue under the strip lighting. Another New Line movie to contain both a 2.35:1 original aspect ratio transfer, and a 1.33:1 full screen version.

A very well presented soundtrack of thunderous engine tones and large effects in both Dolby Digital and the better used LFE of the DTS soudntrack. Rear channels, and the front three, are used very well especially in higher octane action scenes where roadside objects whiz diagonally across the soundstage and closer car-to-car battles leave the viewer well in the middle of all the action. Cray's Barracuda engine spits absolute thunder through the bass channel (which put a huge grin on my petrolhead face!) yet vocals are always clear and concise within the soundtrack.

Extras are thin on the ground to say the least, a handful of trailers and that is it. Trailers for other releases don't count as extras in my book. They are not there to add to the value of the disc, they are there to sell more discs and possibly pad out the menu system a bit. I prefer extras to provide insight into the production of the movie, or comedy gag-reels etc so have no qualms about giving this area a big fat 0.

An almost interesting movie, with some good action scenes which do prove to be visually pleasing - an intense soundtrack is a definite bonus. But the movie itself remains a lame, immature flick with no notable moments and no extras to speak of either, well except laughing at the first sight of the cripple psycho exiting his el Dorado in an electric wheelchair!!