He&#x27;s Just Not That Into You Movie Review 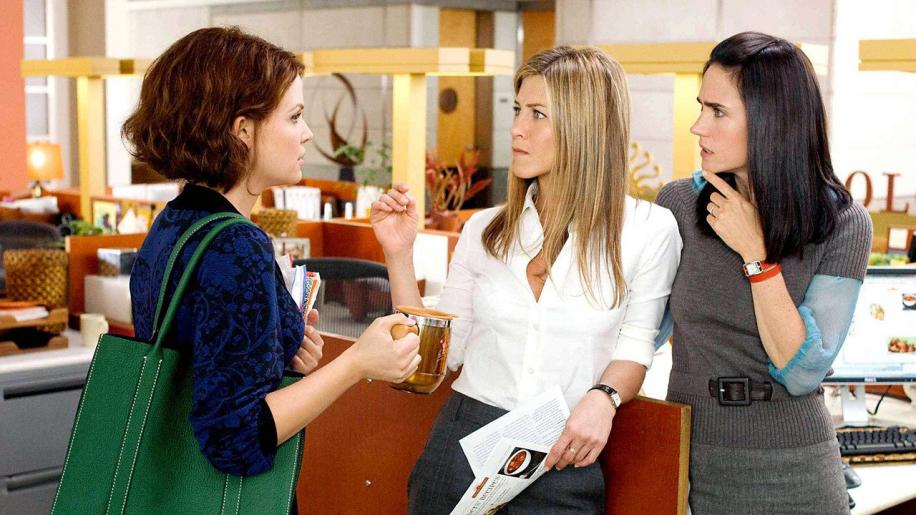 If box office sales are anything to go by then rom-com fans must have been quite keen for this film, as it pulled in a rather surprising $165million worldwide. Perhaps being penned by Greg Behrendt and Liz Tucillo of “Sex and the City” fame and the promise of more of the same helped towards its success?

"He's just not that into you" is generally a well meaning and inoffensive movie. If you're looking for a date movie or simply mulling over something to watch in good company, then you'd probably pick this up thinking that you couldn't go far wrong. For the most part it's a safe choice for those that prefer a quiet night in but I must warn some of you guys that you may end up squirming at the awkward realism of it all; be warned!

The film revolves around nine upwardly mobile people living in Baltimore. They all have a common problem in that their relationships or lack of, leave them feeling insecure and deeply unsatisfied. Whether they're already in existing relationships or simply struggling to find a new and suitable partner, they all appear desperate in seeking true love and companionship. Perhaps 'desperate' is too strong a description but you'll soon latch onto the underlying feelings that are prevalent in the movie.

Gigi (Ginnifer Goodwin) is a lady that is unlucky in love. Despite being fairly attractive and eminently dateable she just can't seem to hold interest from the opposite sex for long. Following her trials and tribulations is often the most comical and humorous aspects of this film and she remains the most centric character of it all. It's pretty obvious where she's going wrong and some of it is seriously cringe worthy. Nevertheless you're made to sit through it all.

Ken Kwapis has chosen to direct this movie highlighting the insecurities of the human psyche. The common theme you'll find throughout is that it never dawns on the main characters that the problem is within themselves and their approach as much as it is in finding a suitable partner.

You've got Alex (Justin Long) who plays a young and brash bar owner. His knowledge of relationships appears impressive yet when it comes to his own experiences he's quite dismissive of it all. He befriends Gigi and helps her to understand the male psyche a little more, helping her to read the signs and rejection signals on offer. Connor (Kevin Connelly) plays a real estate agent and plays the initial link between the pair of them.

Neil (Ben Affleck) and Beth (Jennifer Aniston) contrastingly are a long-standing couple who have been cohabitating for seven years. Beth pines for marriage but Neil's constant aversion to it introduces awkwardness into an otherwise solid relationship.

If that wasn't enough then there are others! Ben (Bradley Cooper) is married to Janine (Jennifer Connelly) in what appears an anaemic marriage of convenience. The love is there but the dominance is one sided and it drives Ben in searching for a love interest elsewhere. His acquaintance with a wannabe singer called Anna (Scarlett Johansson) leads to infidelity and a realisation that he is trapped in a relationship of little emotional content. Finally you also have Mary (Drew Barrymore) who is an editor caught up and struggling with the cyber world of online dating.

If all that sounds too much for the mix, then you're right, it most certainly is. What results is an imbalanced film concentrating on some characters far more than others and complicating it all with an intertwined and relatively unrelated connection between them all. The film would have greatly benefited from whittling down the character count by at least a half and would have been all the better for it. Certainly it would have been no worse a film.

I found the first half hour really slow going but the middle of the film does begin to gel and has it's rewards. I think by this time you gather the pace of the film and where it is headed and you begin to get into the flow of things. There's some comedy on offer and you'll have some true laugh out moments but I wouldn't say that comedy is this film's forte. If anything the whole thing slants towards 'truism' and it'll have you chuckling with the realism on offer more than anything else. More often than not though the chuckles just turn into a simple head nodding exercise. For those of you already in or have experience of the difficulty of maintaining a relationship, you will likely join this self mocking appreciation society.

Given that rom-coms can be hugely forgiving it's quite disappointing to find the majority of this film wavering and struggling to strike a real chord. With some of the “Sex and the City” writers behind it you could be forgiven for believing that there would have been a little more substance about “He's just not that into you”. Disappointingly this is not the case and what you get here is quite a lame film even by the standards of today's rom-coms.