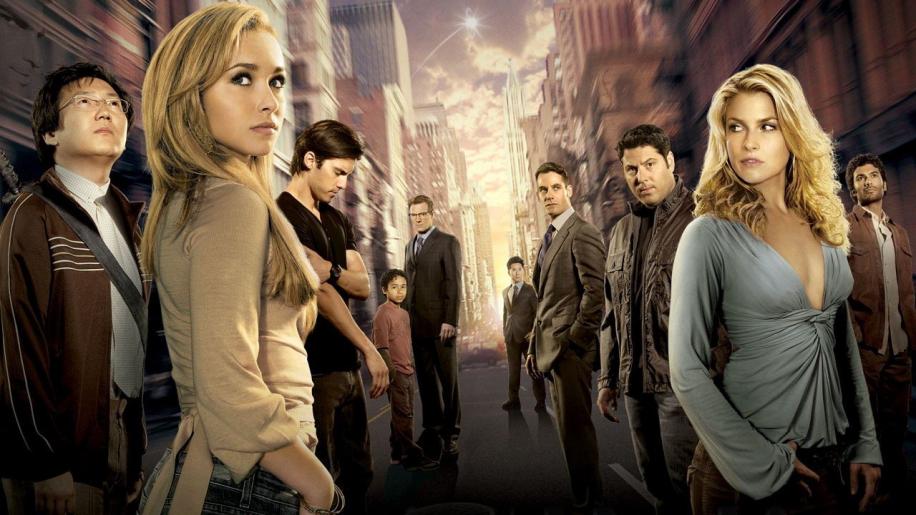 The discs present a widescreen 1.78:1 transfer that has been anamorphically enhanced for widescreen TV's. As one might expect from a brand new show the image is beautifully clean. The detail is good for the most part, edges are well held, though it does tend to soften in the odd scene. This is compounded by some very harsh contrast boosting that tends to bleach out some of the back grounds areas, particularly if it is hard sunshine exteriors as most of Niki's early scenes are. Colours vary depending on the episode, for the most part are strong and bold, but do suffer quite a lot from posterization; again in the back grounds and a fair amount with skin tones. Brightness and contrast do give some excellent blacks with a reasonable depth to the picture when the contrast allows it. Some of the interiors are lit such that background hues intrude a little over the foreground, blues especially, noticeable in places.

Digitally, apart from the aforementioned posterization, there are no compression problems, though edge enhancement was evident in one or two scenes in one or two episodes. The biggest problem though is the film grain, which positively crawls in a lot of the back grounds, I can forgive a lot of film grain because in the right situation and right it can look great, however, in this case it looks out of place and just plain bad, particularly when over the boosted contrast. In all though this looks rather like the format it comes from, i.e. a TV show, and average at that. There are two English Dolby Digital sound tracks, 5.1 surround and 2.0 stereo. The 5.1 track is rather tame in its usage of the surround speakers, in fact it is the front three that take the brunt of the track. There are some decent enough stereo effects and only the barest minimum of ambient effects, which is a shame because the show has enough action elements to really make use of the rears. However, where the rears are employed and what really fills the room is the score, it is a soft and melodic and given surround stereo, i.e. left right, not front back, but it does sound nice and full. The range is pretty good, a little light on bass perhaps, but dialogue sounds natural enough. LF effects are very limited with the rare thump and rumble being most welcome when they occur. Again, like the picture, this sound track belies its TV origins, succinct and to the point without being overly exciting. Disc one is home to a seventy three minute pilot episode edited together and listed as the Tim Kring cut, it also has a commentary by the man himself. This pilot never aired and until now was only the stuff of rumour, offering a tantalising glimpse at a far darker side to Heroes. Significant changes to the original pilot structure include a terrorist sub-plot and an all new introduction to Matt Parkman and the nemesis Sylar while less significant, though oddly more noticeable, were cuts to the Petrelli family relationship. In his commentary Kring mostly offers a string of differences to this and the pilot as aired, though he hides a dry wit when talking about budget and sets and his technical knowledge spills out when he discussed framing to give a more filmic look to the series. This is a fascinating look into what could have been with a fun and informative commentary.

There are some thirty four deleted scenes spread over the episode discs all related to their specific episode. There is no reason given for their excise but with most comprising of only a few seconds of material, I assume timing. Less obvious are the odd character moments and insights that explore further facets, they take some finding but these elements are the best moments of the scenes, only disappointing to see no explanation for their removal.


The Making of Heroes featurette runs at less than ten minutes and is pure promotional fluff; cast and crew comments discussing subjects like casting, character development, design concept and production interspersed with liberal amounts of footage. The whole thing comes off like one bag ad for the show.

The Special Effects featurette, not surprisingly, covers the effects used throughout the series, separated into special (on set) and visual (computer generated) this feature running at eight minutes is way, way too short. However it does manage to cover some interesting aspects and does pack a huge amount into its short run time. When I first heard of Heroes I just knew it would be the next best thing. I told all my friends to make a date for its showing on terrestrial TV and forgot to set my own watch. To say I was devastated is an understatement. The show was as instant a hit with me as it was around the world, story, characters and drive combine to make a show that if it were a book would be described as a page turner, so compelling is its viewing.

As a DVD package Universal has produced a very decent set, slightly lacking in the picture and sound maybe but the extras, particularly the unaired pilot, make up for it. To be honest, this could have been a bare bones set and it would still come highly recommended.