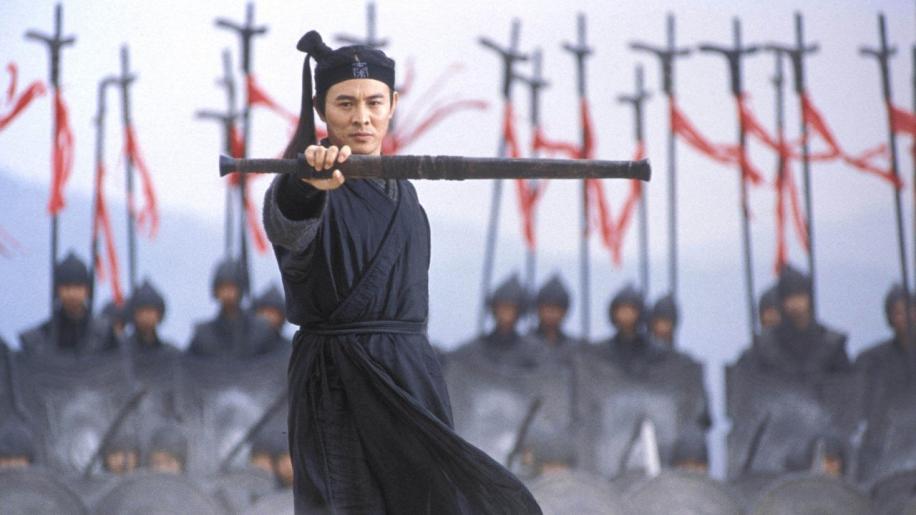 Winner of 7 awards in the 22nd Annual Hong Kong Film Awards and costing HK$240 million to make, “Hero” tells the story of 'Nameless' (Jet Li), a man who has achieved the (seemingly impossible task) of ridding the Kingdom of Qin of three assassins who had each made attempts on the life of the King. In honour of the achievement, Nameless is summoned to an audience with the King and begins to explain how he accomplished this feat but the King is not fully convinced by his story and believes Nameless may have other motives in mind.

A self proclaimed martial arts epic, Hero doesn't quite have the same western mainstream acceptance factor of “Crouching Tiger, Hidden Dragon” relying less on pure martial arts and more on the relationships of the three assassins and the twisting story that unfolds during Nameless' audience with the King, although that's not to say there isn't any action in this movie, there is. Awesome locations are combined with (either excellent CG) or hundreds of extras to convey the sheer crushing power of the Kings army whilst first-rate martial arts, wirework and CG combine to form some absolutely stunning set piece battles.

Clever use has also been made of colour using primary hues to set apart the “versions” of the story told by Nameless, the King and what we ultimately take to be the true version.