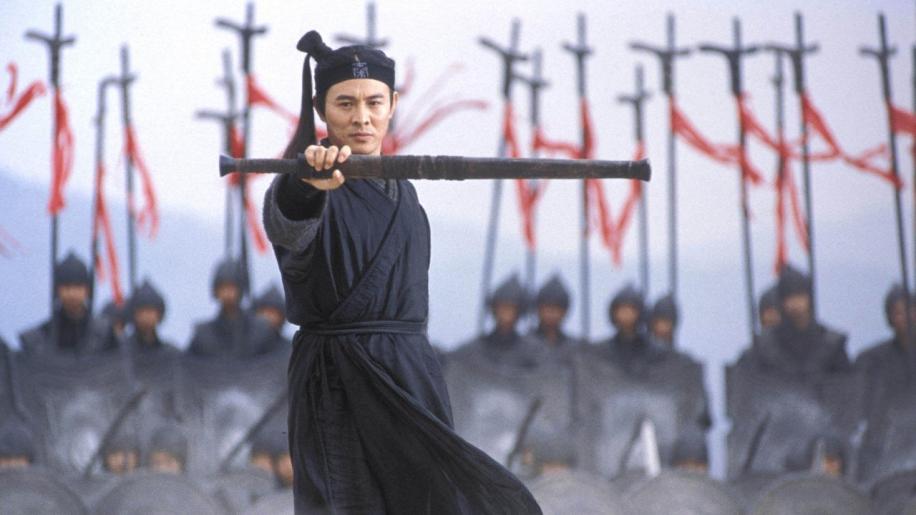 With such a magnificent spectacle on offer it would be a disaster if the transfer wasn't up to the job. Thankfully this set is top notch. Colours are bold and vibrant and never get out of control even when the screen is flooded with brilliant reds and blues. The same is true of the original print with no obvious print damage or dirt and, whilst some film grain is visible throughout, the picture remains sharp and clear. DVD encoding also seems to be good to excellent with no overt signs of macroblocking even during the fast action fight scenes and no evidence of banding throughout the scenes set in the desert. Edge enhancement has also been used sparingly leaving the transfer sharp and clear but without overt ringing. All in all a very nice image. Available with either Dolby Digital EX or DTS ES (both in Mandarin, there is no English dub option here thankfully) you're in for a treat with this track. I reviewed the Dolby Digital track and found it to be one of the best examples of surround placement I have heard for a while. Whilst Nameless first fights Sky early in the film, the rain falling on the square is almost physically in the room with you, it almost seems possible to place every raindrop in the movie. Later, when Qins forces lay siege to the Calligraphy school the arrows fly overhead and around the listening position whilst Flying Snow and Nameless do their best to cut them out of the sky with their swords whooshing through the air on the front channels. Excellent stuff and prime demo material. All of the features are located on the second disc in the set but your opinion of the extras is likely to come down to your fluency in Chinese since most of the features are in Chinese only with no subtitles (since this is a region 3 disc this is, I suppose, fair enough). Of the features that are accessible to an English-only speaking audience those that stand out are; ”The Heroes” which splits into three sections; cast, crew and characters. Characters covers the King of Qin, Nameless, Flying Snow and Sky giving a brief character overview (which can be displayed in English) and the option to view weapons and costumes for each, whilst the other options; “Cast” & “Crew” will both display bios on members of the cast and crew which are, unfortunately, only available in Chinese. Thankfully certain members do have short mini-interviews available, all of which carry English subtitles. ”The Journey To Hero” meanwhile, reveals the locations and shooting dates of some of the films' more memorable scenes.

The other features on the disc appear to be relevant and include two original trailers, several themed TV spots (all in Chinese) and some pleasantly scored albums of photo's and concept artwork for the movie. Ultimately though, most of the extras will be of little use to a non-Chinese speaking audience leading me to wonder why both the discs menus and the main movie have English captions and yet no subtitles are available for the majority of the extras?

Finally a word on the menus, they are simply beautiful. Each menu takes an aspect of the film; Calligraphy, autumn leaves and swords and presents them accompanied by a full Dolby digital 5.1 track. My only criticism would be that, although the menus are in both Chinese and English, the English is very small and could be hard to read on smaller displays. A brilliant, colourful spectacle of a movie. Whilst it may not be completely historically accurate or have received the (Western) acclaim that was lavished on “Crouching Tiger, Hidden Dragon”, it is a magnificent piece of cinematography and is beautiful to watch. Well deserving of a place in anyone's collection.