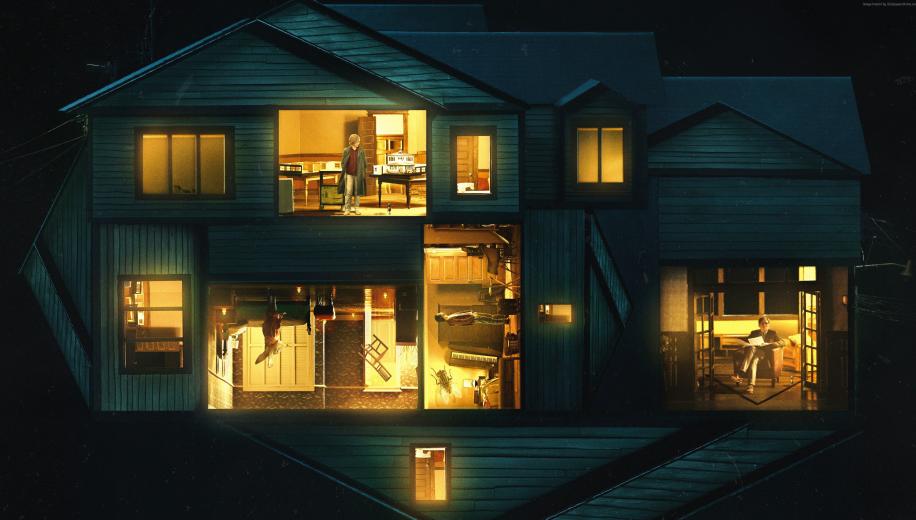 Writer/director Ari Aster's, Hereditary, is a solid horror effort which suffers under comparisons to film greats like The Exorcist but remains a strong directorial debut.

With some strong horrors released over the last few years - including The Babadook, Get Out, A Quiet Place and The Witch - the bar has been set quite high for more thoughtful, effective and affecting horror features, which build relentless suspense, expound almost unbearable tension and give you something psychological to chew on too.

As a result, writer/director Ari Aster had his work cut out for him on this directorial debut, but thankfully he teamed up with the increasingly impressive, independent studio, A24 (who also worked on The Witch, Ex Machina, Under the Skin, Green Room, and It Comes at Night) to deliver a very strong first feature which may not quite compete with the gems on either list, but still marks an impressive debut.

The story follows the Graham family, who have recently lost grandmother, Ellen, and start to experience strange happenings including Ellen's grave getting desecrated and daughter Annie thinking she has seen her mother in her workshop. It doesn't take long for things to escalate, with Annie's husband Steve struggling to countenance Annie's increasingly fraught behaviour, particularly as it starts to affect their children.

Paranormal / supernatural activity is sometimes the hardest thing to make into a convincingly real horror, with the explosion of found-footage movies offering jump scares, but nothing quite as unsettling as the good old days of The Exorcist. Whilst Hereditary has seemingly been given the impossible task of direct comparison with that classic - something which it simply has no chance of living up to - as judged on its own merits, it's an effective little horror which isn't quite the Second Coming, but has a fair few jump-scares and creepy shock moments.

The talented cast commit to the project with aplomb - Toni Collette looks like she's going to have an aneurysm, Gabriel Byrne tries to remain calm, and teen actor Alex Wolff (Jumanji: Welcome to the Jungle) gets put through the wringer - and the well-designed soundtrack manages to crank up the tension, with some suitably unsettling Exorcist-esque moments at least trying to get under your skin. At the very least, things bode well for Aster's next film: a Pagan Cult-themed horror called Midsommar. Off the back of Hereditary, he definitely deserves your attention.

Detail is excellent, absorbing the intricacies of the environment, which are particularly impressive in the shots that cleverly turn the view of the house from an open doll's house into a real environment. Textures are strong and rich, with clever use of lighting making the most of the shadows and darkened recesses of the screen. Indeed it's interesting that the film secured a 4K release in the US but not in the UK, as HDR and WCG could have worked wonders for these darker corners and the rich palette, which affords the film some strong wood tones and deep black levels. Nonetheless, on a level playing field with just standard Blu-ray competition, Hereditary looks impressive.

A wonder of disconcerting immersion.

The accompanying DTS-HD Master Audio 5.1 track is a wonder of disconcerting immersion, even without any added HD immersive audio à la Atmos or DTS:X, with the creepy score setting the unsettling horror theme for the movie right from the outset, even when things are relatively normal. Shock moments blindside you, whilst much of the terror is delivered through the increasingly pained face of Toni Collette, whose gasps and screams punctuate the track.

Effects pick up on all the finer atmospheric nuances, with a heightened sense of unsettling noises, and a broad surround impact attacking you from all around - particularly during some effect jump moments. The score gets the strongest coverage but dialogue remains well prioritised and, overall, it's an excellent track.

The extras include a Featurette and some Deleted Scenes. It's an effective little horror which has a fair few jump scares and creepy shock moments.

Hereditary doesn't quite have the depth of something like Get Out or The Babadook, nor the efficient tension of A Quiet Place, and it's certainly unable to stand comparison to The Exorcist, which seems at once a fitting indicator for a couple of memorable moments in this new film, and also a sure-fire way to elicit disappointment by setting impossibly high standards which almost no modern film could hope to meet. On its own terms, it provides effective supernatural thrills over a substantial duration, building to a suitably unsettling climax. The film doesn't quite make good on the strong foundation that is initially crafted, but nonetheless offers some nice ideas and plenty of effective moments throughout the duration, which will send you suitably off-kilter.

The UK Blu-ray release of Hereditary affords its excellent picture and sound design, as well as a small selection of decent extras; fans should consider it a solid purchase.