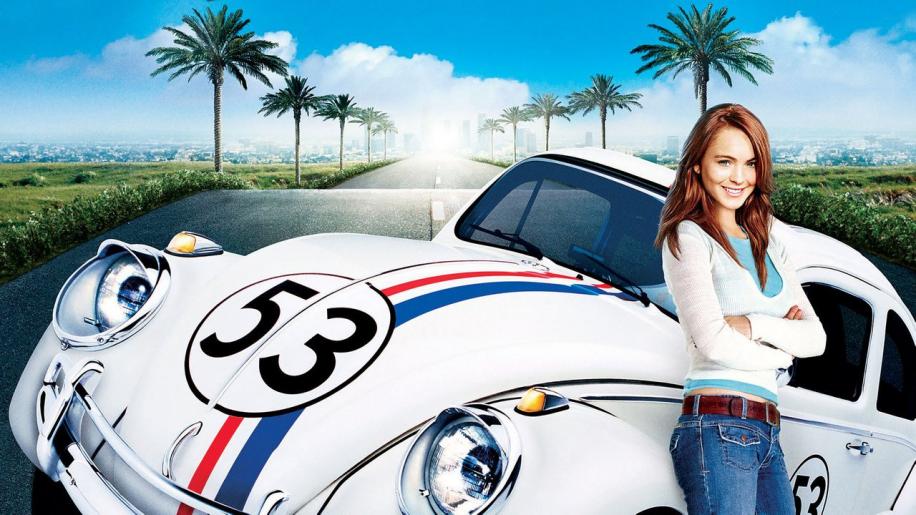 In the words of Dr Alfred Lanning, “There have always been ghosts in the machine. Random segments of code, that have grouped together to form unexpected protocols.” Of course this was after some thirty plus years since Herbie, the 1963 Volkswagen Beetle (or Bug, if you are American), first graced our screens. There were no 'random segments of code' then, no, just a playful spirit, an overwhelming desire to please and fierce loyalty to his owner. It was this loyalty that was the cause of many of the problems though, if you hurt Herbie, don't expect his help, he'll just as soon stab you in the back, metaphorically speaking. After four films and a TV show Herbie, like the Beetle itself had fallen form favour. I have no doubt that it was due to Herbie's lovable image that that ghastly car managed to dominate the world, and nothing to do with its reliability. However, Hollywood, ever the one for recycling, dusted of the old Beetle, gave him a quick make over and has repackaged him for the next generation.

The film credits start off with a short montage of Herbie's other films, telling the story of a great race car that eventually falls short, so when we come to see him in a junk yard scheduled for crushing we know why. Cut to Maggie (Lindsay Lohan) skate boarding to her graduation, she is a bit of a tomboy and chip off the old block, but Ray Payton (Michael Keaton), her father and ex-NASCAR racing champion turned team leader won't let her drive because of an accident she had when she was younger. As a present for being the first Payton to graduate from college, Dad decides to buy Maggie a car and takes her to the very same junk yard that Herbie is in and through a series of events, Herbie is the car she ends up with. It is not long before Maggie realises something is a little different with Herbie, for one he drives himself! But when he wins an impromptu street race against the famous Trip Murphy (Matt Dillon), Maggie and ex high school friend and mechanic Kevin (Justin Long) decide to fix Herbie up to race again proper. After qualifying for the final, Herbie is let down by Maggie and deliberately losses the final only to be towed away to a destructing derby whereby he will be destroyed by monster trucks. It is only through Maggie's timely arrival and apology that he is saved. Meanwhile the fortunes of team Payton aren't going too well, after managing to qualify for the race Ray Jr., Maggie's brother, crashes the race car and is deemed unfit to race, leaving only Maggie as a possible replacement. However, Ray Snr. forbids it and it is only by the intervention of Jr. that she manages to get behind the wheel once more, the only wheel she will drive is, of course, Herbie. So the stage is set for Maggie, the first girl NASCAR racer, and driving a VW Beetle to battle it out against some of the fastest muscle cars in racing. Can she and Herbie win the day against all the odds?

A fair amount of explanation of the plot there, but it can really be boiled down to four distinct points and all have been seen in Herbie films before; girl gets car, girl betrays car, girl wins car back, girl and car win the day. Anyone that has seen a Herbie film will instantly recognise the plot development and direction, though strangely enough this non-originality doesn't seem to harm the film in any way shape or form. Directed with gusto from Angela Robinson she keeps everything on track, centring all the action on the two characters she knows her audience will care about, Maggie and Herbie. Lohan, once again, puts in a sweet performance that is very endearing, one cannot help warm to her character, we laugh when she does, chastise her poor decisions and cheer when all goes right in the end. Herbie, always a character in his own right, in this movie has far more expressions thanks to modern technology and CGI. He still comes across as the little car that could. In fact all characters add a little something to the film, Dillon is a slimy as he is unlikable, Keaton adds a certain charm and depth to what is essentially a bit part. There are enough thrills and spills to keep the kids happy and entertained and just enough story to keep the adults happy too. Personally I felt there were a couple of problems, firstly there was a bit too much story (and it was cut down too, see the deleted scenes) padding out the run time, I watched with my kids and when Herbie wasn't on screen their minds did wander a little (mine didn't - I was watching the delicious Lohan). Secondly the film is literally packed with songs (for the CD) of older classics to revamped classics to all new tunes, it's almost as if every scene is accompanied by a different tune. Lastly, the film did play very heavily on the slapstick, great for the kids, but a bit too much for the adults, all the 'tom and jerry' noises adding to the 'kids' feel.

When is all said and done Disney have managed to reenergise one of their oldest franchises by updating it just enough to appeal to a whole new generation. However, I can't see the sales of the Beetle raising on the back of this film, there just aren't enough of them around.