"A care worker gets an average of £8.50 an hour. It takes them 12 weeks to earn what a care home director takes home for one day's work." 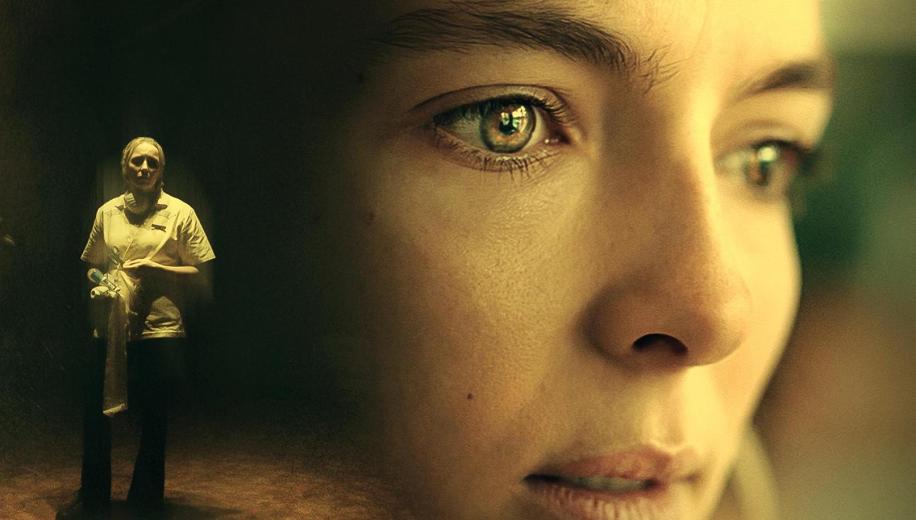 Driven by a pair of tour de force lead performances by Jodie Comer and Stephen Graham, this pointed look at care homes in the time of COVID is powerful, unmissable drama.

Everybody has been touched by COVID in some way or another, with the pandemic most brutally affecting the elderly - something that, whilst arguably better than if it had most brutally affected the young, still left plenty unable to say goodbye to their grandparents or even their parents. Clearly this situation was precipitated by the Government support - or, indeed, lack thereof - for care homes which, by their very nature, were already pools of the most vulnerable individuals, in relatively close proximity to one another, and in a position where a single case could be a death sentence for a multitude, but which were also reportedly less than prioritised (though perhaps by necessity, given the statistics and the situation). Although an enduring debate could ensue about the cold legitimacy of this defacto triaging of the the elderly at a time when the NHS itself was undersupplied and running beyond capacity, Help tries its best to sidestep a direct assault on the mistreatment of care facilities - however much you can read between the script's lines - and instead focuses on the undeniable and inarguable horrors that the care staff themselves had to endure, with precious little support to do a thankless, underpaid job that, ultimately, mostly involved helplessly watching people die slowly around you.

Sarah is a young care worker who gets her first gig at a local home where she endears herself to the patients and shows herself to be gifted in the job, befriending one particular resident - Tom - who is the youngest in the facility and is there due to progressive early onset Alzheimer's. Attempting to keep Tom grounded, Sarah goes above and beyond in her job already, but when COVID hits and the staff - and residents - are gradually decimated, it pushes her beyond breaking point.

Labelled as "Episode 1" of a TV Show on the Channel 4 app, Help is a 97 minute TV movie which hits home, but does so almost entirely without needing to resort to overtly fictionalised drama but for in its final act. It is, in that respect, a relatively rare beast, as we've already seen a couple of less than impressive Hollywood efforts attempt to trade in mid-pandemic hijinks (the unsurprisingly uninspired, Michael Bay-produced Songbird, and the silly COVID heist romp, Locked Down), with the real winner being Steven Soderbergh's prescient Contagion, made a decade ago.

Help isn't - at least for the most part - interested in artificially heightening the situation. The situation is bad enough is its message, and it gets that across loud and clear. Taking a good while to build characters and background, the actual COVID evolution is shockingly swift, taking your breath away as - before you know it - characters find themselves alone in impossible situations, with no help coming. And it's all utterly plausible. Almost horror-level in its construction, yet utterly, terrifyingly, plausible. An hour into Help, and you'll be heartbroken by what is depicted, with the situation particularly devastating for anybody who knows anybody who has ever been in a care home, let alone those who have lost someone during COVID.

... Help doesn't make the best choices in its third act, a shame because it is otherwise near-perfect

Stephen Graham is expectedly fabulous as Tom, agitated and prone to outbursts due to his innately frustrating mental situation, Graham plays it perfectly, hitting all those notes of tragic repetition and being unable to even recall what had been said a minute earlier. This is Comer's stage though, and she rises to the top in it, showcasing some raw, powerful talent - as if Killing Eve, Thirteen and The White Princess hadn't already convinced the world of that. At just 28, she is absolutely a fully-formed star, the world is just taking its time coming around to acknowledging that fact - which is a benefit to viewers because we'll still get a few more small-scale masterclasses in acting like this before she gets completely swept up by Hollywood on that inevitable trajectory that has already been telegraphed by roles in the likes of Free Guy and Ridley Scott's upcoming The Last Duel.

Help is unmissable viewing, and it almost achieves the accolade of being 2021's low-key answer to a drama like Chernobyl, namely a tragedy steeped in reality, delivered with tense direction, keen cinematography (though not everybody is going to like these close-ups and out-of-focus backgrounds), and performance-of-a-lifetime acting. But only almost. Because, whilst it stays wonderfully grounded in authentic this-could-have-really-happened drama for the most part, its final act ditches that for a completely different tone and narrative thread which will not necessarily sit right with everybody. Perhaps a natural resolution was impossible, particularly given the current situation we are still in, but Help doesn't make the best choices in its third act, which is only a shame because it is otherwise a near-perfect, and still utterly unmissable piece of painfully close-to-home viewing.

Help aired on Channel 4 on 16th September, and is available on catchup.

In The Earth Movie Review