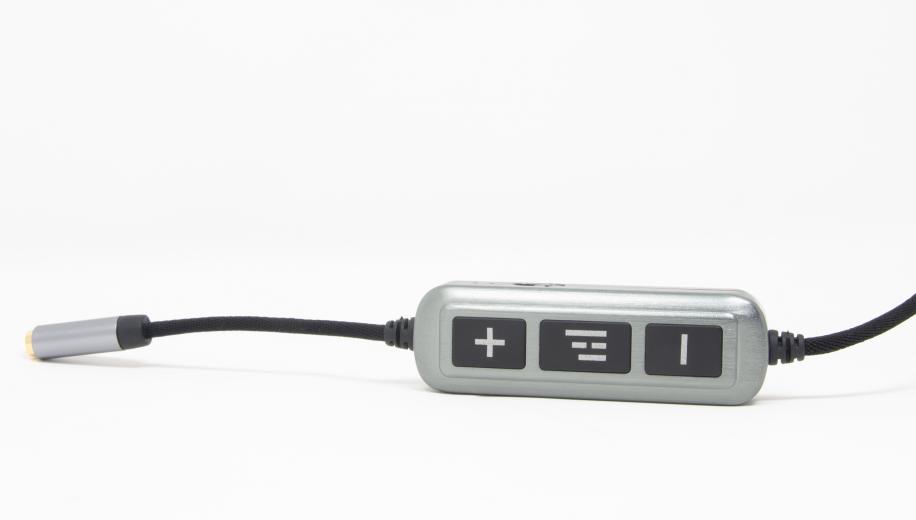 Introduction - what is the Helm Audio DB12 AAAmp?

The Helm Audio DB12 AAAmp is an inline headphone amplifier. Despite looking rather like some of the compact DACs that have passed through the test process here and elsewhere, it is not a decoding device. It relies on being given an existing analogue signal which it then sets about boosting - in much the same way that a conventional analogue amplifier works. There are some pros and cons to this approach that we’ll come on to in a bit but what is notable is how the Helm Audio does this.

Helm Audio has made use of technology developed by THX. Called AAA (Achromatic Audio Amplifier - and yes, I read that as ‘Aromatic’ the first time which posed some exciting questions all of its own), it is designed specifically for headphone and in car applications. The full range of what the technology does is outside the scope of this short form review (you can read about it in THX’s own words HERE) but it is intended to produce more power at lower distortion by changing the process of error correction.

Helm Audio has implemented one of these amplifiers into a slim, all metal chassis that contains both the amp and a battery that gives the AAAmp a claimed life of 6-8 hours (this may feel vague but, given the volume variation on offer and the potentially huge difference in headphone sensitivity, Helm Audio doesn’t have a huge amount of choice). As well as the claimed 12dB of gain available, a 6dB bass boost is also available.

Charging is carried out via a USB-C socket on the side of the chassis and the cables in and out of the AAAmp are fixed. Something that is worth noting is that the connection plug (and presumably the socket at the other end) are equipped for microphone and inline remote commands. When I connect it to my T15P ThinkPad, the Helm assumes volume control of the whole setup and can play and pause Roon, Qobuz and Spotify.

The elephant in the room here is that the reason that the bulk of testing has taken place on the laptop is that the number of headphone sockets that exist in 2021 for the AAAmp to be connected to is significantly lower than it once was. Neither my phone nor tablet is so equipped and, while, the AAAmp will happily function connected to a headphone adapter, the result is not the last word in performative elegance. Where the AAAmp has an advantage over USB devices though is that you don’t need to have any access to the USB functionality of a PC to use the Helm which is potentially handy if your work computer grants you no form of admin rights.

Connected to the T15P ThinkPad and initially running into the AKG K371 headphones supplied with the AKG Podcaster kit, the AAAmp is genuinely impressive. Compared to running the AKG direct from the headphone socket of the ThinkPad, the drop to overall noise levels and the boost to the perceive clarity is significant. What is important to stress is that the ThinkPad can easily hit a comfortable listening level with the AKG - I’d be genuinely surprised if most devices can’t do this - but the same level achieved via the Helm Audio has much less perceived noise and effort going on.

No less impressively, there is very little perception of the tonal balance of the signal being changed during the amplification, suggesting that THX’s claims of very low distortion are being achieved. Running into the pleasantly matter of fact AKG, the Helm Audio puts very little of itself into the mix. You can of course, blow this out of the water by activating the bass boost which will very successfully make a mess of most music. The boost does help add a bit of weight to lower quality video feeds though which can be helpful.

Up the ante a bit and connect the £1,000 Focal Celestee to the Helm Audio and it continues to do a fine job. Compared to something like the Chord Mojo (which is both over three times as much and needs a USB driver), there is a slight lack of fine detail and three dimensionality but this is almost certainly down to the decoding of the laptop because running the Helm connected to the output of the Mojo (taking extreme care to ensure that levels are not dangerously high) proceeds to give you a performance that very closely pertains to the Mojo itself.

The Helm Audio AAAmp is a deeply impressive piece of technical hardware for the asking price. If you have a device with relatively capable decoding and a 3.5mm socket to make use of, this is a superbly capable little headphone amplifier for a wholly sensible amount of money. The catch is that the number of suitable sockets for the AAAmp to work its magic on these days is on the low side and likely to only get lower (a version with its own decoding though could be something spectacular). If you do have the means to use it though, this is a fine little product and one that earns our enthusiastic Recommendation.