A Bolt from the… purple actually. 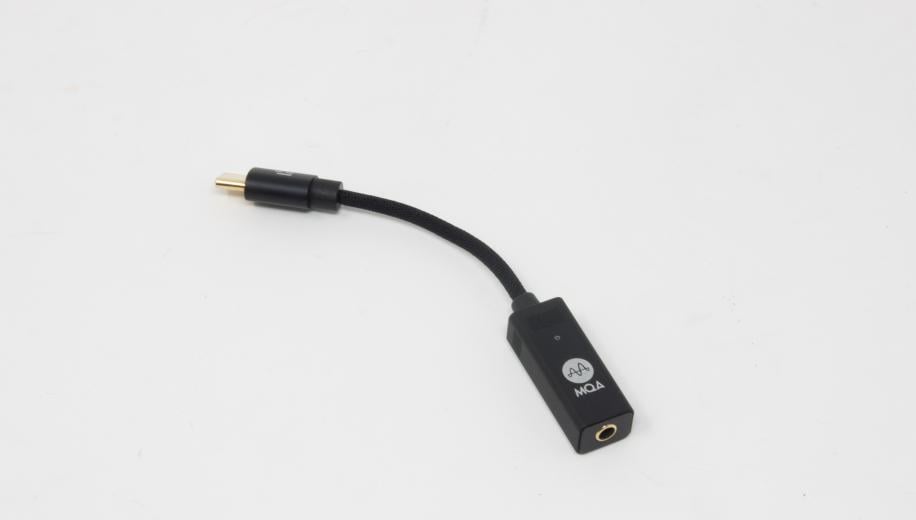 Introduction - What Is the Bolt DAC/Amp?

The HELM Audio Bolt is an ultra portable DAC and headphone amp designed with a view to being connected directly to mobile devices and simultaneously solving their lack of headphone output and improving the quality available at the same time. Absolutely key to this is the ‘ultra portable’ phrase. You can connect your phone to any USB DAC and, if that DAC has a battery (or even on occasions when it doesn’t like the iFi ZEN DAC), it can be used on the move. The thing is though, even relatively small DACs are still a pain to carry around. The Bolt is designed to be not significantly larger than the USB dongle that wired headphone users are carrying around anyway.

While the dimensions are similar to a dongle, the Bolt is considerably more capable. The actual DAC chip is not specified but with 384kHz PCM and DSD256 handling, it offers specifications that are very much in keeping with larger devices. Furthermore, the HELM is also licensed and compatible with MQA so it will perform a full unpack independent of the Tidal app. This decoding ability is partnered with an output that will generate 2v at full output. This is a full volt down on something like the Chord Mojo but it is more than enough to take most earphones and a wide selection of sensibly priced headphones to any level you’d be prepared to listen to them.

The connections of the HELM are utterly straightforward. It has a USB C connection which you attach to things and a 3.5mm connection to listen to it with. You can surmise from the USB C socket that the Bolt is principally aimed at Android users (where it is designed to work without an OTG adapter, further reducing your portable clutter). If you are an iOS user, you’ll need an adapter to connect the Bolt (and, even then, these don’t usually terminate in a female USB C connection although some of the iPad ‘hub’ adapters have one). If you are an Android user though, you’ll still need to use an app like USB Player Pro to avoid simply sending the HELM a 48kHz signal for everything.

The Bolt is small but well finished. The USB connection is mechanically isolated from the decoding which is housed in a neat metal block at the other end of a short run of cable. This block also contains the sole piece of displayed information that the Bolt possesses which takes the form of a small LED that shows blue for sample rates under 48kHz, red for those over and purple for MQA. It isn’t the most descriptive system going but it will at least give you a clue that you’re on the right lines. Build is perfectly acceptable for the asking price and you even get a little bag that has the capacity to store both the Bolt and a pair of earphones. Unless your trouser fitment preference is ‘seventies Rod Stewart’ you should be able to keep the Bolt about your person easily enough

While the dimensions are similar to a dongle, the Bolt is considerably more capable

First, a small point of admin. Using the Bolt with both an Oppo Find X2 Neo and an 11 inch iPad Pro sporting a Belker USB hub adapter, I didn’t find a significant increase in battery drain over using a standard headphone dongle. On the understanding that it will be a bit higher, it should still be possible to pop the Bolt DAC in for a two way commute (remember those?) and still have battery at the end of the day.

It’s worth popping the Bolt in too because it generally sounds very good indeed. Used with the Sennheiser IE300; an earphone that costs three times as much as the Bolt does, the performance is extremely compelling. The 24/88.2 Qobuz stream of Emily Wolfe’s Outlier sounds as it should. The Helm Audio is a fundamentally energetic performer and it combines effectively with the Sennheiser to sound consistently good fun. Push the volume hard and it hardens a little - an effect not so readily apparent if the Sennheiser is used with a rather more expensive amp - but across normal listening levels it is an extremely effective combination.

It also has exceptional bass. The Bolt doesn’t use the same THX AAA amp as the inline device but there are some similarities in how it handles low end that suggests somebody in the organisation knows their onions in this regard. It coaxes a genuinely subsonic response out of both the IE300 and the Campfire Io and it is an area where it is far in advance of anything any of the various USB dongles lying around the house can do.

The MQA performance is decent too. To be clear, I still have some reservations about the issue that MQA versions of certain Hi Res albums sound different to other non MQA versions but the Bolt sounds in keeping with other MQA compatible devices that are to hand. If you are a Tidal user, this is an extremely effective way of getting the most out of the content.

Even if you aren’t a Tidal user though, this is clever and useful little product. Despite being little larger than a normal headphone dongle, the Bolt opens up a level of performance that is beyond the freebies. If you are an Android user in particular, this is a cost effective and capable upgrade for wired earphone users that comes enthusiastically Recommended.