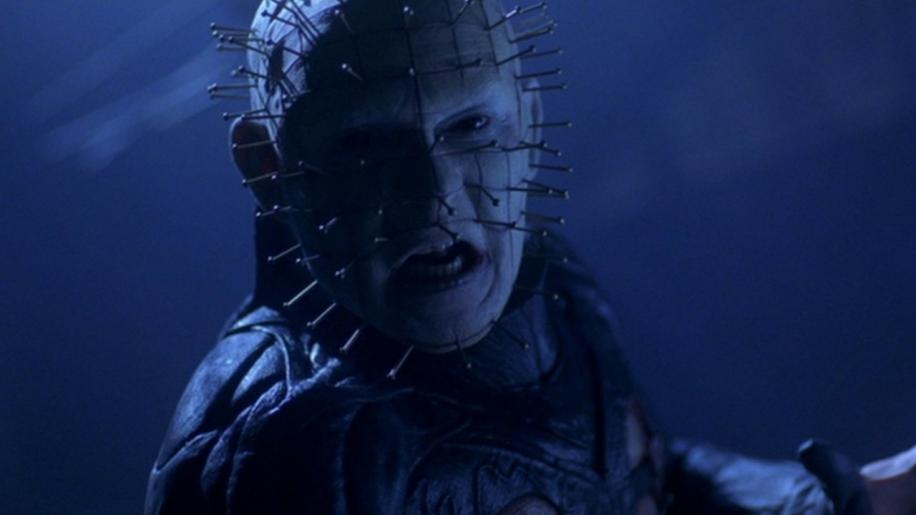 Shot in a cinematic 1:85:1 ratio, Hellworld has for a direct to video production a good detailed picture. The film apart from a few scenes is shot entirely in dark locations such as dingy attics and basements. The film features a considerable amount of bright colours such as neon lighting and the obvious bloodletting of Pinhead's activities. These are displayed well in the picture and, pardon the pun, suffer no bleeding. The skin tones on the main characters are clear and detailed with Henriksen's craggy features showing up particularly well in the film's frame. Some scenes can appear a little murky at times especially some outside shots but this actually gives the film some atmosphere and does not one bit spoil the overall visuals. For a Dolby Digital 5.1 soundtrack on a horror film with plenty of jumpy moments and excuses for dramatic music, Hellworld's soundtrack comes across as a bit boring. Sound effects such as the various deaths are clear and sound terrific but are mainly presented in the left and right front channels. The rears hardly awake at all, but when they do, what we get is effective and unnerving. The music score is well presented across the main channels but the film suffers from some truly awful rock music that is placed throughout the movie. The dance/club scenes are fine, but the ending of the film is ruined by a crass rock song that sounds like a bad eighties band production. “Ticket to Hellworld” is a short 'making of' featurette interviewing stars of the film and director, Rick Bota. We see some brief behind the scenes effects footage and at only just over 12 minutes it features a lot of varied material in its brief running time. Again like Deader's disc there is some classic footage of Doug Bradley out of character this time eating pizza dressed as Pinhead.

The commentary by Rick Bota, Joel Soisson, Nick Phillips and make up designer, Gary Tunnicliffe is honest and it is obvious the four of them know each other well. Lots of behind scenes secrets are revealed and they reveal that the film sat on Dimension's shelf for two years before release.

Finally there are 5 trailers for other Dimension releases including Scary Movie 3.5 (Unrated Version) and the travesty that is The Crow: Wicked Prayer. Hellraiser: Hellworld is a reasonable end to a series (for now) that started off superbly and gradually got worse. It is much better then the preceding film and overall, passable entertainment that won't tax your mind too much.