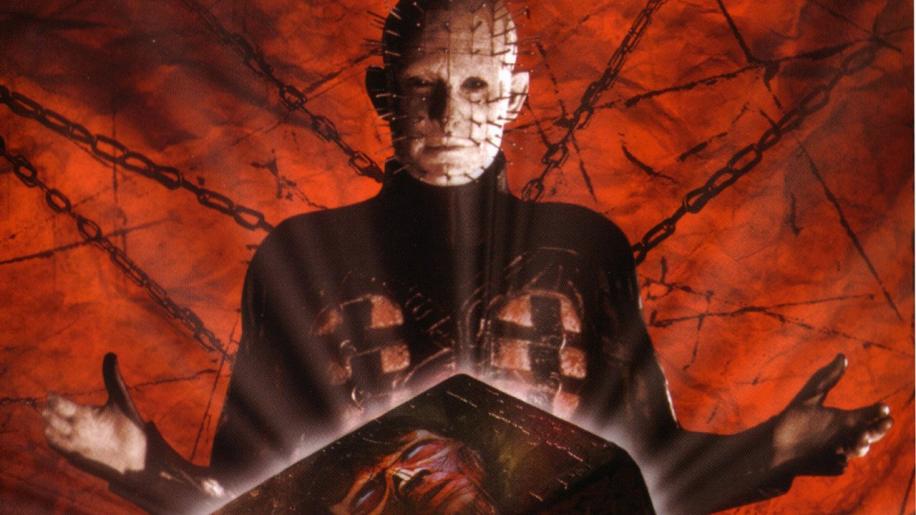 With the Weinsteins leaving Disney and taking their Dimension Films label with them, it's now time to empty the shelves of all their long delayed direct to DVD sequels. Among them is Hellraiser: Deader and coming in September, is Hellraiser 8: Hellworld. Why these films have sat collecting dust is anyone's guess, but it is nice to see finally see what Director, Rick Bota has done with Clive Barker's infamous Pinhead and his Cenobite cronies

Amy Klein (Kari Wuhrer) is a disgraced journalist now working in London. Her editor, Charles (Simon Kunz) gives her the assignment of tracking down the 'Deaders' a bunch of weird Euro-trash types who like to sacrifice people and bring them back from the dead. Amy travels to Romania where she visits the apartment of one of the 'deaders' and finds not only a corpse but the Lament Configration box, home to Pinhead. Attempting to open (or solve) the box, Amy unleashes Pinhead into her world. It is set for a battle between Amy, the 'deaders' and Pinhead, who once again is after some souls.

Being a US/UK/Romanian co-production, Hellraiser: Deader features quite a few familiar faces, Wuhrer starred in TV's Sliders and Eight Legged Freaks. Also starring is Marc (Hustle/The Vice) Warren and Paul (Chaplin) Rhys. Returning as Pinhead is the ever reliable Doug Bradley and the film features some excellent make up effects by Gary Tunnicliffe.

The film originally started as a script called 'Deader' by Neal Marshall Stevens which was not part of the Hellraiser series. Rewritten to include Pinhead, the film at times feels strained when the Cenobites appear (3 times throughout the film - about 5 minutes of screen time) and isn't helped by the fact that it is only Wuhrer and Bradley who seemed to be enjoying the experience of making the film. The film's main villain played by Paul Rhys is boring and uninteresting and Marc Warren who plays Joey, a scary spiky haired dude with shocking shades is obviously there for the money as he is more then a capable actor. Witness his turns in The Vice and Hustle, this shows he is a great actor, Deader sees him going through the motions. The film is packed with horrific imagery and plenty of blood, but this does not make it a great film. Bota's direction is average at best and Wuhrer puts in a terrific performance as Amy. The production design is also excellent with good use of the Romanian locations, it's just a shame they couldn't have come up with a better script with more Pinhead action. Saying that, it would have been more interesting to see the film, 'Deader' without the Hellraiser connections. Oh well, never mind....