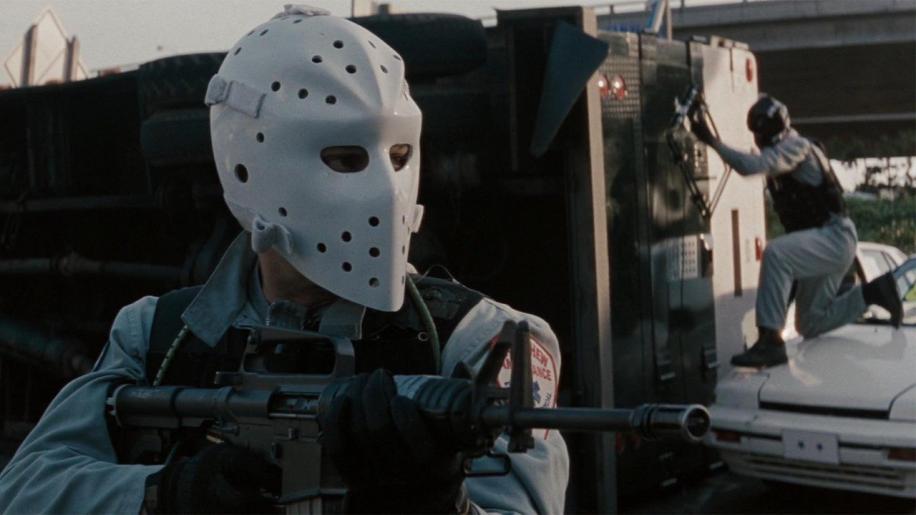 Written and directed by Michael Mann - The Last Of The Mohicans; Manhunter; The Insider; Ali; Collateral - Heat is one of those rare intelligent action/drama movies filled to the brim with excellent acting from an all star cast working with a well written script, and helmed by a director who is as dedicated to the task in hand as either of the lead characters portrayed in this movie. De Niro plays Neil McCauley, leader of a crack team of dedicated and ruthless criminals - each of them definitely sharing psychopathic tendencies. His nemesis - LAPD Detective Vincent Hanna, Pacino, leads a similarly dedicated taskforce whose job it is to track and capture their criminal counterparts. The action is hard hitting and realistic, and the cat and mouse game played between criminals and police is handled very slickly by Mann.

De Niro simply sets the screen alight with his trademark cruel persona and leaves everybody floundering in the wake of his seemingly limitless acting prowess - even the superb Al Pacino is unable to match his co-actor's charisma on screen here, and though he does his best it is De Nero that undoubtedly steals the show.

If you like your action movies to be a little more cerebral than the usual over-the-top blast-them-up then Heat will fit the bill perfectly - they don't come much better.