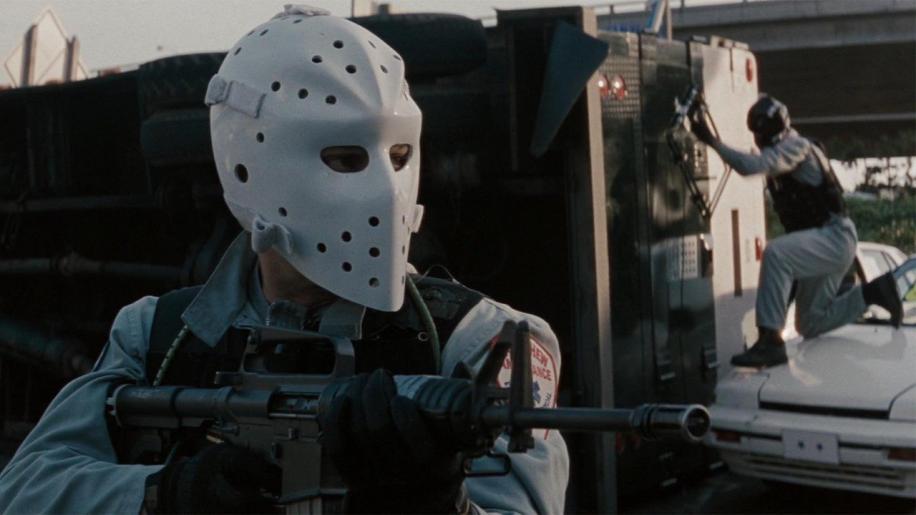 A reasonably impressive anamorphic picture which occasionally shows sign of grain, especially during interior, nocturnal sequences (as seen in Chapter 20). The transfer really shines in Chapter 8 when Mann returns to an image he has used in most of his films, a look out across an ocean at night. Impressive at times, disappointing at others, this certainly isn't what we'd hoped for from a 5.1 soundtrack. The shoot-out in the street following the bank heist in Chapter 32 is undoubtedly the finest sounding piece of action on DVD to date, and moments like this make it all worthwhile. However, the dialogue levels are occasionally inaudible for some characters. It seems as if the film has been mixed using Pacino's 'shouting' voice as the average level, so anything softer suffers. Not the worst example of a soundtrack in the world, but not the best either - which is what it could have been.