"I do what I do best: I take scores. You do what you do best: try to stop guys like me." 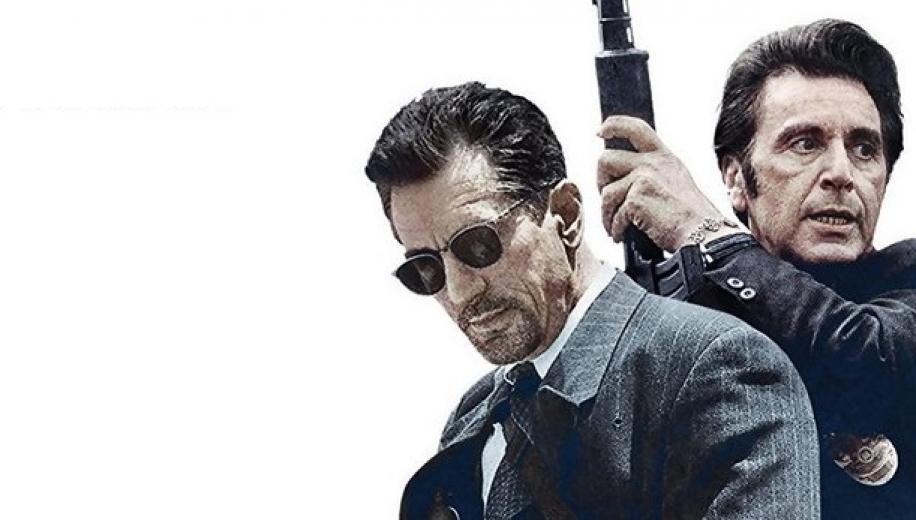 One of the greatest crime epics of all time, Michael Mann's 1995 thriller Heat marked a rare on-screen collaboration between Robert De Niro and Al Pacino, then still at the height of their game.

Mann's remake of his own low budget TV pilot, LA Takedown, was a much more slick, stylish affair boasting an all-star cast who do a considerably better job with the material, and a decent $60 million budget which allowed for some of the greatest action sequences ever committed to film. With a tremendous, memorable score by Elliot Goldenthal, some stunning cinematography, and a taut narrative which brings together a cadre of perfectly-developed characters in one finely-tuned dance of death, Heat remains one of the greatest films of all time.
The story pits De Niro's seasoned armed robber against Pacino's dogged veteran detective, both consummate professionals at the top of their respective professions, and both capable of affording one another an element of respect in that regard, but nonetheless entangled with inextricably locked horns. Playing out as a grand-scale Shakespearean tragedy of sorts, with immensely quotable dialogue, and countless unforgettable sequences, Heat transcends its cops-and-robbers staples to become a defining epic of American cinema.

Heat gets a second UK Blu-ray release, this time off the back of a newly minted 4K remaster. Although bearing the label 'Director's Definitive Edition', this is the same 'definitive' cut Mann first graced us with for Heat's original release - indeed the theatrical cut has never had an HD release. The film is promoted with a 1080p/AVC-encoded High Definition video presentation framed in the original theatrical aspect ratio of 2.40:1 widescreen, and it looks considerably better than the last UK release, with a much cleaner image that retains detail and natural grain, but offers a more textured, organic look for the most part.

Indeed some shots are absolutely tremendous in terms of their detail and observation - close-ups picking up the lines on the weary characters' faces, mid-range shots occasionally afforded pin-sharp precision, and even some of the longer shots finely furnished with background touches - but the image is far from consistent, and other sequences are a little softer around the edges, perhaps more so that you'd have hoped with a newly-minuted 4K restoration. Worse still, the image has been fractionally resized, stretched and cropped for some largely inexplicable reason - evident only really on screenshot comparison, but still likely the reason behind some perplexing (but, again, very light) artefacting that spatters the backdrops from time to time. The busier the background, the more likely you'll notice, but in motion, you have to be really looking away from the focal points of interest to notice anything could possibly be amiss.

None of this appears to be anywhere near as controversial as the colour timing changes, however, which have kicked up a fuss ever since fans got hold of the disc. These director-instigated changes remain a curious choice given the look of the preceding Blu-ray releases (both here and abroad), giving the film a slightly more Mann-like blue-green tinge that, on the one hand, makes the film look much more like the director's other films (c.f. his new colour timing on Thief), but, on the other hand, makes it look different from what we have known before. For all its controversy, skin tones appear healthy and warm, and blues more vibrant, and black levels are suitably rich and deep; it's only distinct greys and bright whites that are slightly tweaked towards a more green edge, but, even then, it's not really noticeable without significant scrutiny. Indeed, without flipping directly between shots of both versions of the film, the differences would likely go unnoticed for most watchers.

Although it's kicked up a fuss amidst fans, it is a largely impressive video presentation with moments of excellence. Sure, it's got moments which are disappointing - a fact made worse by the presence of a purported 4K restoration - but, at least on UK shores, there's an argument that overall it's never looked better.

The previous release's Dolby TrueHD track gets revised to a DTS-HD Master Audio 5.1 version although, for good and bad, the results are largely the same. On the plus side this means a stomping demo reel for the action sequences, which thunder with the heavyweight firearms that Mann always expertly brings to bear in his features. On the downside, as appears to be a result of Mann's increasing hearing loss, dialogue plays a distinct second fiddle, and the balance between the percussive weapons fire and some of the more murmured lines is simply not there.


Nothing competes with the epic firefights

With no neighbours to worry about and a sound system which can cope with your turning it up way past 11, as well as ears which don't mind being deafened in between bouts of dialogue, it's a solid mix, which should prove - as mentioned - largely demo worthy for the action alone. But if you're limited by any of the above factors, it's more of a volume-knob-twiddling affair from start to finish. Trying to balance being able to hear off-hand remarks like "It rained; he got wet" juxtaposed with the defining street shootout seconds earlier is a difficult game, and one which may leave some frustrated. It's hard to know quite where to place Mann's blame in this - could it be something inherent to the source mix, or has he further tinkered with it because, as he has so often said in the two decades since: dialogue is simply no longer as important to him (or, by extension, his films). As annoying as that is in a film so packed with quotable lines, this may well be a faithful representation of what the director wanted, but it still falls short of being anything more than sporadically demo-worthy. Nevertheless, in those scenes where the stage lights up, there's simply nothing else that competes with Mann's depiction of epic firearms battles.

Split over two discs, this new release boasts all of the extras previously found on the last Heat Blu-ray release - the hour-long 3-part Making-of Documentary; the 10 minute Featurette into the unforgettable meeting between De Niro and Pacino; the 12 minute Return to the Scene of the Crime Featurette which looks at the locations and cinematography; and the 10 minutes of Deleted Scenes, as well as the Director's Audio Commentary - pushing them all (but for the Commentary) onto a second disc, presumably to accommodate the more space-consuming 4K-mastered restoration.

In addition to these, this new release sports a Filmmaker Panels from both the 2016 Academy of Motion Picture Arts and Sciences and the 2015 Toronto International Film Festival. The latter runs at a little over half an hour and is a good start, with a smaller cadre of key players, but the 2016 effort is clearly superior, running at an hour in length and boasting almost the entire cast and key members of the crew including Mann, his cinematographer, editor, producers and sound mixer, as well as actors Pacino, De Niro, Kilmer, Diane Venora and Mykelti Williamson. There's also a nice little 'white artwork' Steelbook release available which, of course, is far from white, but still shows off some rather nice artwork which may well be, for some, superior to the original classic blue Heat poster art steelbook.

This latest 4K remastered version of the 'Director's Definitive Edition' of Heat is yet further tweaked beyond Mann's last tweaks (he doesn't really like leaving things alone and has never made a movie which doesn't have at least two (normally fractionally different) versions, normally only one of which has ever made it to Blu-ray (Miami Vice and Thief notwithstanding). Certainly we may never get all 4 versions of Manhunter, 3 versions of Last of the Mohicans or 2 versions of Heat on Blu-ray, with this latest release measuring up as far from definitive at the end of the day. Whilst many will find the video presentation looking pretty damn good, it's certainly no less than controversial in many respects, and whilst the audio still works for the demo shootouts, dialogue still suffers from near-incoherence at the other end of the spectrum. At least the plentiful extras now spill out onto two discs. It'll be hard for many to resist picking up this release, particularly given the attractive pricing, but it's not quite the definitive 4K remaster package fans were hoping for from the title.


You can buy Heat on Blu-ray here