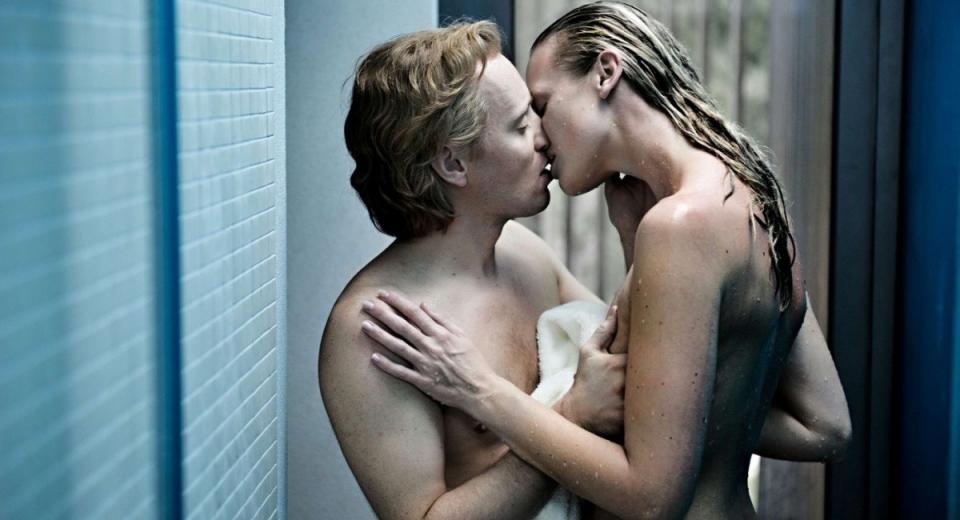 Headhunters comes to Region Free UK BD50 Blu-ray complete with a 1080p High Definition video presentation in the movie’s original theatrical aspect ratio of 2.35:1 widescreen. It’s an impressive video rendition that offers up both good observation in terms of fine object detail and close-ups, as well as solid representation of the longer shots – even if some of them come from stock footage! Obviously the Scandinavian setting does not allow for a particularly broad spectrum of colours in the palette – there’s little vibrant and vivid here – but that does not mean that we don’t get a few nicer tones, not least in the fair dish of claret that’s served up. Black levels are reasonably strong, although the darker sequences are privy to a slightly more erratic level of noise. Overall, it’s a good video presentation, far from demo quality, but crisp and clear and devoid of the majority of defects. For a fairly limited budget Norwegian joint-production, it’s certainly impressive. On the aural front the accompanying original Norwegian DTS-HD Master Audio track is far from bombastic, but thankfully perfectly suited to the material, which does still have a few nice moments of audio oppression. Dialogue comes across clearly and coherently, suitably prioritised over the frontal array. Ambient effects coverage is average-to-good, with a couple of more engaging moments where the surrounds warm up, but the main noticeable accompaniment is the score and the louder effects noises: gunshots, car crashes and even huge growling dogs. The track does not come even remotely close to being reference quality in any way, shape or form, but it’s a serviceable and suitable offering considering the content. There is also a dubbed English (US accents) alternative which should, of course, be avoided at all costs. The optional English subtitles are well-paced, seem accurate and are certainly devoid of any glaring errors. All we get is a single Making-Of Featurette and a ninety-second Theatrical Trailer for the main feature.

Behind Headhunters spends 23 minutes taking us behind-the-scenes, with plenty of interview snippets with the main cast and crew, interspersed with a few final film clips. Thankfully the offerings from the Director & Co. are really quite informative, explaining how he came across the project, what his intentions were; the cast talking about what attracted them to the roles; and the crew discussing how they did some of the bigger stunts (including the way they launched the car off the cliff, which was apparently straight out of the UK BBC TV show Top Gear). Undeniably entertaining, Headhunters is a slick, stylish and innovative little caper movie which marries an almost Coens Brothers-esque black sense of humour with the dark undertones of a more conventional Scandi-thriller in the vein of Dragon Tattoo and The Killing. Whilst this might suit some sensibilities, it also threatens to undermine the gravity of the increasingly preposterous predicament that the core anti-hero finds himself in. Still, this is an unusual little story that is clearly imaginative enough to have drawn the attention of the Unstoppable Hollywood Remake Machine. Ironically, in an exception to the rule, a few tweaks here and there could actually push a remake closer towards being a great film, rather than just the good one that we see here.

On Region Free UK Blu-ray we get solid video and audio, and a lonely couple of extra features – perhaps a decent enough package to satisfy fans, but not one which particularly warrants a blind buy otherwise. That said, if you fancy something a little different then you probably can’t go too wrong with Headhunters. Certainly a recommended rental at least.