Head In The Clouds DVD Review 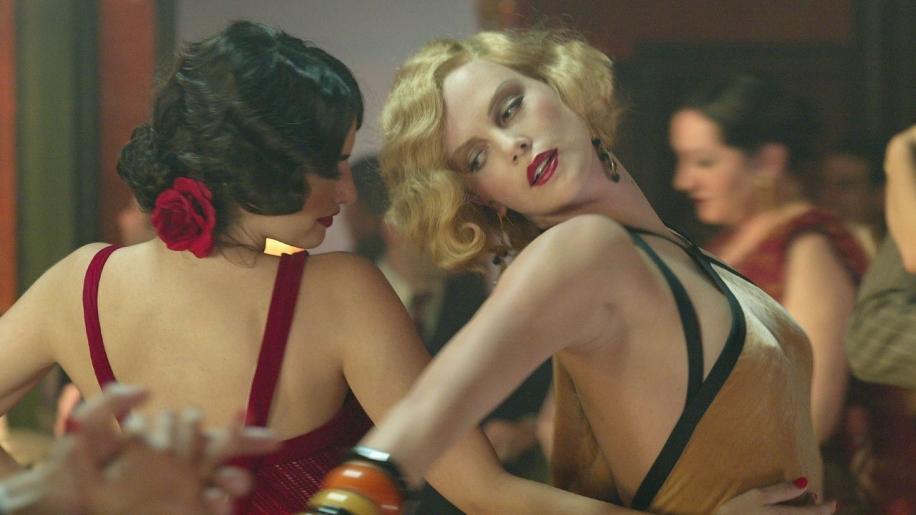 The main features comes with a 2.35:1 aspect ratio anamorphically enhanced widescreen transfer that makes the period look more sumptuous that it could ever have possibly been. The detail is generally good but the whole movie has been given a slight softness to enhance the period feel, although this never makes you feel that the picture is lacking in clarity. There is little noticeable grain and the colour scheme is luscious, although again restricted by having been given that vintage edge brimming with browns and creams. The blacks are fairly solid and deep, rounding off a pretty decent but little above-average representation.

Head in the Clouds is presented with a single solid soundtrack in Dolby Digital 5.1. The dialogue - mainly coming from the frontal array - is never less than clear, even when everybody is whispering. Although there are a few more explosive war scenes to provide fuel for the surrounds, during the quieter moments there is still a nice observation of subtle details and ambient noises across the rears. The score is also suitable vintage, blessed with some crackly classics as well and providing yet more sustenance for both the fronts and rears. It is not a tremendously powerful track but it is quite nicely represented and suits the movie.

The only real extra feature is a brief, ten minute making-of documentary that features interviews with all of the main cast and crew talking about the production. Almost as vapid as the main feature, it boasts far too much film footage, self-praise and promotion, with little substance or informative value to balance it out. Everything they discuss appears to be inconsistent with the end result - how they wanted three distinct acts (which were actually anything but distinct), how the focus was on three main characters (when one of them was only prominent because she was played by Penelope Cruz) and so forth. We get about thirty seconds of behind the scenes footage in this generally glossy but flimsy featurette that plays like nothing more than a glorified, extended trailer.

There are several previews, some of which play on disc start-up and all of which are available from the main menu. Being Julia is the new Annette Benning romantic period drama, La Mala Educacion (Bad Education) is the new Almodovar picture and House of Flying Daggers is one of the more recent wire-fu flicks starring the lovely Zhang Ziyi. From the main menu we also get Imaginary Heroes - the latest Sigourney Weaver drama, Zahary - another wartime romantic drama, Touch of Pink - the Holly/Bollywood comedy with Kyle Maclachlan as Cary Grant and Stella Street - the hilarious British TV series where Pacino, Caine and Nicholson live on together in suburbia. Finally we get a trailer for the main feature itself.

Head in the Clouds has its head distinctly in the clouds, boasting all style and little substance, a trio of glamorous but shallow performances and little of merit during its overlong, unbalanced running time. It's a glossy way to spend two hours of your life but simply nothing to write home about. The video and audio presentation is perfectly fine but similarly unremarkable and the extras are pretty lame. Overall this is one for staunch romantic period drama enthusiasts or fans of Ms.Theron's physique.