If you thought HBO could do no wrong, Perry Mason may prove a first. 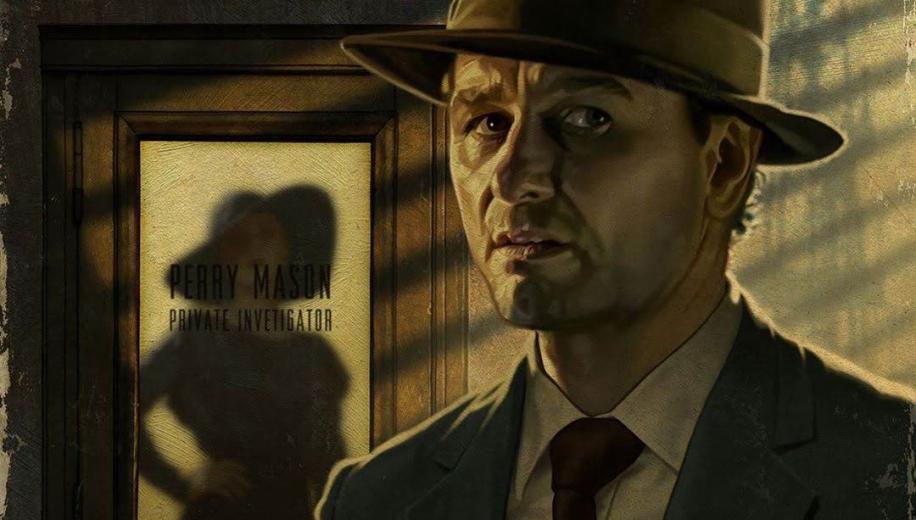 HBO's Perry Mason bares little resemblance to its forebear, playing out as an unforgivingly dark noir which makes Chinatown look like Sesame Street.

Of course, it's not long before a murder takes place, however this only appears to send him further down the rabbit-hole, getting embroiled with mobsters, police corruption and an exuberant Evangelical group who have a vested interest in getting to the 'truth' about the crime.

It's hard to understand why this attempts to present itself as a reboot at all, and doesn't just stand on its own as an original

This Perry Mason makes Jack Nicholson's smart-mouthed J.J. Gittes from Chinatown look like a saint who could be called upon to give career day speeches, taking the familiar PI bum stereotype to an all-time low which introduces the character capturing some blackmail-worthy shots of a Hollywood starlet wearing a cream-cake which then proceeds to be eaten. He's a sorry-looking creature, tortured by his experiences in The Great War, seemingly incapable of cracking even a sideways smile, and ever-ready to suck the soul out of any room he walks into. Whilst his regular bed companion rides him around the room like a mechanical bull, he barely raises an eyebrow, taking impassiveness to a whole new level. The murder of a baby, however, sparks a hint of something in him, and he appears to be the only interested in getting to the bottom of it.

HBO's 2020 reinvention of Perry Mason is an exceptionally dark ride, despite the fact that it doesn't quite manage to set the tone from the outset, shocking with the disturbing sight of a long-dead baby which hammers home the very adult rating of the content (if the comedically splodgy cake sex scenes didn't already prove that point) but seems out of place until you get further into the drama.

It kicks-off with a feature-length pilot whose story is clearly going to carry on for several more episodes - if not the entire first 'limited' series - and is still in search of its groove come the end off the second episode. There's promise here, for sure, with an all-star cast and some depth of storytelling, but viewers should prepare themselves for the long haul, with the truth likely only coming out in the literal 11th hour.

It's biggest sin, however, is not the writing or dark and unforgiving style, replete with some impressively reimagined shots of 30s LA (director Tim Van Patten brings some of what he's learned from Boardwalk Empire over to this production), all of which audiences may well have found refreshing in an age of tempered content, and which is certainly in-line with the HBO model. No, it falls down on the casting of the lead. Rhys - who came to fame in Brothers and Sisters, and achieved acclaim in The Americans - plays it tortured for torture's sake, without even the slightest glimmer of charm or wit, or really any character beyond what you'd expect from, say, Eeyore.

Sure, the second episode affords more insight into what happened to him in the War, and, sure, he's upset about not being able to see his own son, but it's paint-by-numbers at best, with Rhys unfortunately coming across as if he's pretending to be sad and depressed. Yes, that's what acting is, but the better visions of battered, lost souls have managed a measure of authenticity (from Rourke in The Wrestler to even Affleck in his recent Finding the Way Back), whilst Rhys appears to have little going on beneath the hood. His performance here comes across as a stone's throw from that in the recent Tom Hanks drama A Beautiful Day in the Neighbourhood, only furthering the thought that he's just running on autopilot, and it's a shame someone with a little more spark - like the originally cast Downey Jr. - didn't get the chance to turn this into a more interesting role.

As noted, the supporting cast are impressive - John Lithgow (The Crown), Robert Patrick (Terminator 2), Shea Whigham (Homecoming), Stephen Root (Get Out), The Addiction's Lili Taylor, HBO's Watchmen's Andrew Howard, and Orphan Black's Tatiana Maslany, whilst Juliet Rylance makes for a solid 'Della' (Perry Mason's regular partner-in-crime). Chris Chalk - Lucius Fox in Gotham - is possibly the only real standout, however, with an interesting character who almost deserves his own show. They all prove just how much star power HBO can attract but with a dead lead it's largely all for nought.

Perry Mason has the opportunity to go places. The first episode was pretty lacklustre as pilots go, but the second affords more intrigue and more confidence. Perhaps it'll come together in the end - the review is only based on the two episodes available - but it hasn't gotten off to a great start, and really could have done with avoiding any comparisons to the classic novels or the memorable Raymond Burr franchise, and instead stood on its own two feet as an original dark noir. Nonetheless, it's a rich, seedy playing field, affording a whole world of possibilities, and it is HBO we are talking about after all. Even so, it's going to need more from Rhys than glum or impassive to maintain viewers' interest over the duration.