"There was nothing sane about Chernobyl" 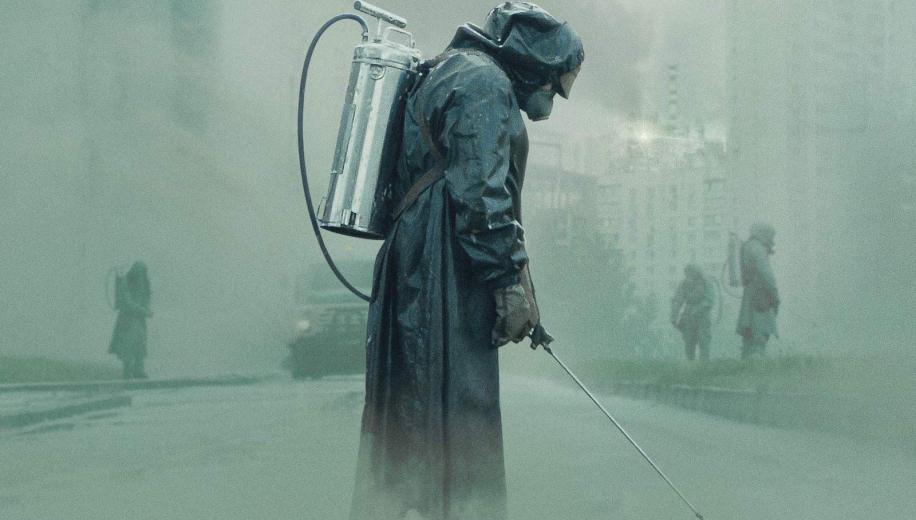 HBO's excellent - and utterly harrowing - look behind the real fallout from the Chernobyl disaster is devastating but compelling viewing.

Most people are aware of Chernobyl, at least in terms of it being a nuclear power plant disaster, however the sheer extent of the disaster may still come as something of a shock, with HBO's 5-part miniseries exploring, in depth, the immediate after events and highlighting how sheer politically-charged mass-denial helped perpetuate the fallout rather than contain it.

Expertly scripted, perfectly acted, and extremely tense, Chernobyl may not be a documentary, but it also does not appear to dramatise the events - indeed they are dramatic enough, seeing politicians avoid addressing the problems for as long as possible, whilst the desperate few try to get through to them, even if it costs them their own lives. Meanwhile, hundreds, thousands, maybe even hundreds of thousands of people are being affected every day, every hour.

The series kicks off almost immediately with a discovery that something very wrong has gone on at the Chernobyl plant during some routine tests, although the chief engineers working there refuse to acknowledge even the possibility that it could have involved a ruptured core. As a result, anybody disagreeing with this political stance is faced with very strong - potentially lethal - opposition, with measures put into place to prevent panic affecting the wider population through what they see as 'misinformation'. A few loyal workers pay the price of this, whilst honest scientists desperately try to get the true extent of the fallout across, at all costs.

Across the course of the first couple of episodes, a number of familiar faces appear, including Jared Harris (The Expanse), Stellan Skarsgard (Avengers) and Emily Watson (Punch Drunk Love), all of whom come together to form the backbone of the series, although a dozen other key players all come into focus at various points, and the less well known cast members are somewhat useful when it comes to keeping viewers on their toes about who will survive.

The story would appear simple enough, but HBO's dissection of the situation is clinical and steeped in somehow, impossibly, mounting tragedy, building over a number of key events which run the full gamut of emotions from hope to utter despair. If it was not frustrating enough to watch a room full of party liners denying that the core could have possibly been ruptured, or terrifying enough to endure the "walking of the plank" that comes before a gaze into the pit below, Chernobyl only heightens the horror with each passing minute, casting an ominous (and likely radioactive) cloud over the entire show.


This is some of the best TV we've seen of late

It may seem unlikely, but this is some of the best TV we've seen of late, perfectly engineered and ridiculously tense - the second episode's closing shot alone likely leaving viewers utterly haunted until the next one. It treads a perfect line between rich politics and palpably tense horror-drama yet, as aforementioned, feels very documentary in style, seldom requiring anything more than the simple loss of control of a helicopter to leave your jaw on the floor.

Although the production make efforts to counteract the obvious critique of Communism with emphasis that only Russians would have made some of the sacrifices that needed to be made and ordered men to their deaths like this - either way, don't let the suitably drab 80s Russian environment fool you, there's plenty of relevance to modern Western regimes and their similarly oblivious behaviour.

Chernobyl may have been a monumental catastrophe, but it was clearly made so much worse by what happened immediately afterwards, and this excellent TV series doesn't hold back in exploring every tragic aspect of that. Highly recommended.