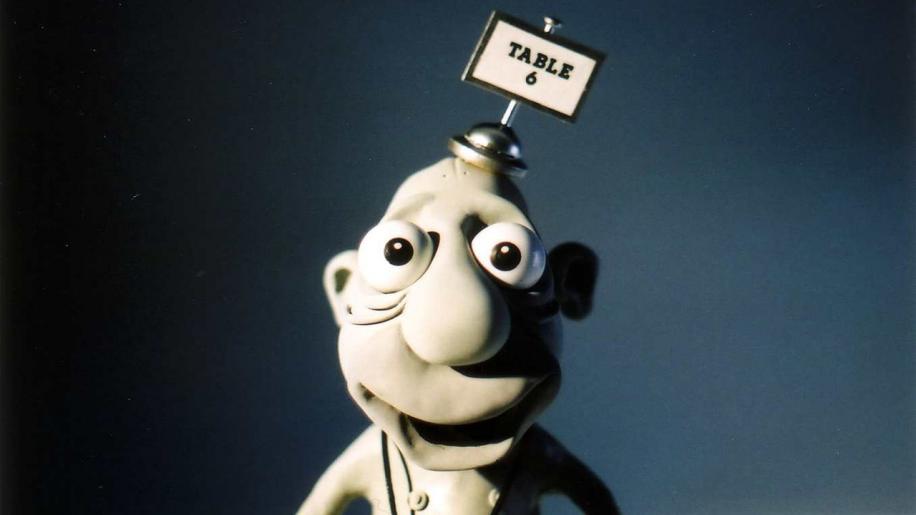 Metrodome have provided a 16:9 ratio anamorphically enhanced for widescreen TV's picture with an average bit rate of Mbps. From the outset the picture has a few problems, comprising of dust specks, flecks and some film grain; I am sure this is a function of the stop motion filming process. However, I must admit to not worrying about these flaws, because they somehow add to the film. Being deliberately shot with muted browns and greys there is little colour, except Ruby's (Harvie's daughter) red dress and smile with shine off the screen. Contrast and brightness are well adjusted and the blacks are well represented. Digitally there is no compression of edge enhancement. In the end I am very happy with the way this picture looks. As one can probably guess, this film is not heavy on action. So the Dolby digital 5.1 track is somewhat wasted, the only real separation being achieved with the opening and closing score and the “God is better than” song; all of which fill the speakers and the room very nicely. The narration and other dialogue is directly from the front speaker and is lovely and rich, bass levels are superb, picking out he richness and nuances in Rush's voice. The Dolby digital 2.0 for the most part sounds the same as its 5.1 brother, except during the aforementioned sequences. But both are worthy tracks and each suit the film well. Adam Elliot has recorded a commentary for all the films featured on this disc. In them he discusses much from initial ideas, concepts, animation, back ground details, voices, props used and time and production problems. His voice is a bit monotonous, and there are a few pauses, but because the films are so short, he does pack a lot of information in. It is interesting to read his thoughts on the development of Harvie through his earlier works.

There are four short animations from Elliot, ranging from 1 to 8 minutes in length, filmed earlier in his career and all having a direct import on the development of Harvie; be it in animation, style, beginnings of the 'real life' story elements or just plane familiarity with the medium. The first is actually paper drawn, but the later three are the same clamation as Harvie. It is very easy to trace the ideas taken from these shorts into Harvie and major props to Metrodome for including them.

The story board featurette, once again has a voice over from Elliot as he discusses the original story board ideas and shows them together with the finished product in a split screen. Nothing much to this one really, but Elliot likes to point out ideas and furnishings added to the film that were never considered in the original drawings.

Finally there is a gallery of the main character models that can be viewed from several different angles. I normally reserve the word 'magnificent', I can only ever remember using it once before for describing Seven Samurai; and indeed I have mentioned it once in the second paragraph; but I can think of no other word to describe Harvie Krumpet. As a DVD even with all the extras added together the run time manages a meagre forty seven minutes; but don't let that dissuade you, it is worth every penny of its very cheap asking price. I will just finish with that one word.