Harry Potter and the Prisoner of Azkaban Movie Review 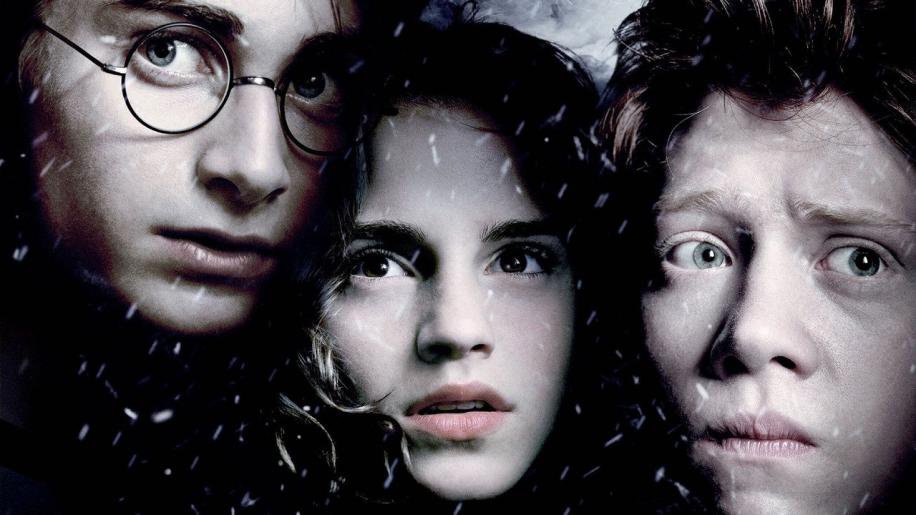 Harry Potter and the Prisoner of Azkaban Movie (2004)

Stateside, Warner Brothers are undertaking a release schedule for the Harry Potter films that is bizarrely not being mirrored on this side of the pond. Each film is being released as an Ultimate Edition in a deluxe box set with extras galore. AVForums is attempting to wade through each set to bring you the low down on whether it is worth the purchase, or even a double dip. As they work out pretty expensive, you are going to have to be sure that you are laying your hard earned cash down on a decent set. Having previously looked at The Sorcerer’s Stone and The Chamber of Secrets, the latest set thumped onto our doormat and we eagerly dived in.

One has to feel sorry for Christopher Columbus, it has to be said. Having worked really hard laying the foundations for Hogwarts on screen, with a certain look and design ethic – and a faithful, if uninspiring approach to the source material he gave way to Alfonso Cuaron for the third instalment Harry Potter and the Prisoner of Azkaban. Cuaron wasted no time in throwing out all that had gone before, bringing his own sensibilities to the film – and adapting a look which was radically different to what had gone before. His approach was so successful that his designs endured throughout the whole of the rest of the series. Whereas Columbus certainly should receive the thanks from fans for bringing in decent adaptations, it is probably no exaggeration to say that Cuaron did much more in just one film to lay down foundations that were to endure and subsequently enhance the rest of the franchise.

Wherever you stand on the Harry Potter film series, however, and Columbus’ work on the first two – it is hard for anyone to deny that Cuaron had by far the best story of the franchise so far to work with, and in my opinion the best of the whole series.

The setup is simple. Up to this point Harry’s chief obstacles have come from within the walls of Hogwarts – from Voldemort himself in the first film, and the Basilisk in the second. The third film opens things up considerably bringing in threat from outside, and introducing uncertainty for the first time as the children have to learn who to trust, and also discover that even some of the good guys have fatal flaws. Sirius Black (Gary Oldman) has escaped from Azkaban prison, where he has been incarcerated since being captured after the downfall of Voldemort. Black, it would appear, would stop at nothing to complete the job that his master failed at – and finish off Harry Potter once and for all. The ministry of magic attempt to protect Harry by deploying Dementors at the school, but it is not entirely sure exactly what these cadaverous beasts’ real motives are. Harry has to deal with these threats whilst also trying to learn more about his parents and exactly what happened to them.

From the very beginning, Cuaron throws out what has gone before. He completely changes the whole external look of Hogwarts and its surroundings, but cleverly manages to make it fit with what we have seen previously. Whilst internally, the key sets of The Great Hall and other well known locations are the same, externally the castle has been moved to a remote hillside overlooking a lake (in reality a Scottish Loch). The surroundings are far bleaker and more rustic than we have seen before, and the whole environment feels more spacious and expansive. Although internally, Hogwarts is the same as we remember – the way that it is shot makes it feel considerably different. The colourful palette of the first two films (although to be fair Chamber of Secrets was a little more muted) is almost completely thrown out – replaced with a darker, almost monochromatic palette that was to be taken to it’s natural conclusion by subsequent directors, most notably in Half-Blood Prince and Deathly Hallows Part One. This is what I mean by Cuaron’s influence on the whole franchise.

The children, too, look different. The cutesy “public school uniform” look of the previous films is gone, and the characters spend most of their time in casual clothes. This immediately makes the children look more “up to date” and cool than they ever could in the tie, shirt, and cape uniform of previous instalments. As the actors were growing up, so Cuaron realised this had to be reflected in their look on screen.

As the story got more complex, with increased grey areas and issues of trust to the fore – so more was expected from our three leads. It can’t have been easy for Radcliffe, Watson, and Grint to do their growing up on screen, but The Prisoner of Azkaban marks the first point at which they are stretched as actors. Unfortunately, this does also mark the point before their acting ability has grown to match what is being asked of them – and if there is a weak link in the film it is the performances of the three children. Grint, in particular, seems to be struggling with what he is being asked to perform but the other two fare little better.

Thankfully, the film also marks the point in which great British actors are finally asked to be more than background eye candy. Whether they be established greats such as Rickman and Oldman – or relative newcomers such as Thewlis, the level of talent and performance from the adults is astounding. One scene, in particular, involving Rickman, Thewlis, Oldman, and Spall would not be out of place in as OSCAR winning film such are the strengths of the performances and the way the actors interact with each other.

I have mentioned Cuaron at several times during this review so far – but he brings much more to proceedings than just a redesign. I love the way that he moves his camera and this is visible many times throughout the film. Whether it is just small moments, such as the way the camera pans around the knight bus before seamlessly breaking through the side and entering the interior, or more showy moments such as when the Boggart is forced back inside the closet and the rest of the scene is filmed through the mirror image, Cuaron really adds a dynamism to the way the film is shot that was missing in the first two films. Unlike most “showy” directors, however, Cuaron also knows how to frame scenery as well, such as the scene with the executioner polishing his axe for Buckbeak. With characters in the foreground and the Scottish highlands disappearing off into the distance, it is one of many beautifully composed shots throughout the film. For another example just watch Black talking to Harry in the foreground whilst Pettigrew and Lupin are silhouetted in the background. Cuaron knows how to frame a shot.

Cuaron also seems to have great empathy with characters who are victims of circumstance. Whether it is Sirius Black, or the afflicted Remus Lupin, these characters add a humanity to proceedings that add much to the Potter universe – and also give the adult viewers much more to identify with than they were given in previous instalments. I am deliberately not going into this in too much detail as to do so would risk spoiling the story – but there is much more depth here than we have seen previously.

So, I have mentioned dynamic camera moves, and beautifully framed shots – but Cuaron was also the first director to take Potter in a darker direction. The opening Dementor attack and the Werewolf transformations are both pretty frightening, and are likely to terrify young children. There are many other times throughout the movie that he evokes a darker sensibility – and he is never afraid to scare children when he feels it is needed.

Harry Potter and the Prisoner of Azkaban is a fascinating film within the franchise. It throws out much of what has gone before, and turns the universe on its head. It has a totally different feel to the first two films, and the fact that all the subsequent entries in the franchise followed Cuaron’s template is testament to how well he visualises the universe. However, all is not perfect. The film does have a rather inconsistent tone. Many times a dark event is not followed up properly, or even mixed in with a moment of comedy which lightens the tone too much. Also, the film marks the point where the young actors where required to produce performances which they weren’t quite up to giving. They grew into their roles over the length of the franchise – but sadly, here, they are not quite up to the task.

But these are minor quibbles. The film is perhaps the most influential film in the whole franchise, and laid down a template for others to follow. It also takes the books and adds more for adults to enjoy – flawed characters are brought to the fore, and interesting dynamic camera moves provide much to enjoy. It doesn’t quite reach the standard of the later films in terms of consistency of tone, but without this film they would not have been able to take the darker turn that they did.