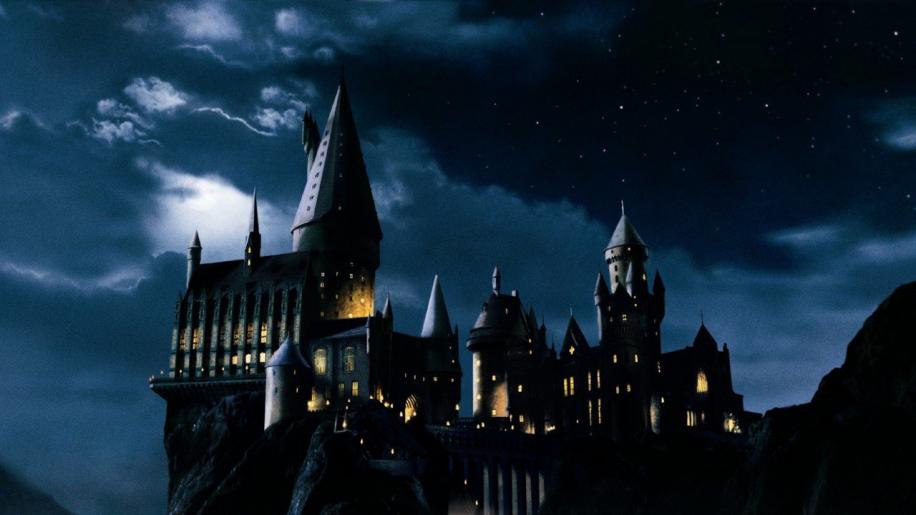 Harry Potter... arrives with a 2.35:1 anamorphic transfer (a separate release with a 4:3 transfer is also available). It certainly makes the most of the film's vibrant colour scheme with nary a trace of dot crawl or grain in evidence. However, there is some obvious ringing and edge enhancement in a number of brighter sequences, which stops the disc receiving a perfect score. The film's Dolby Digital 5.1 EX mix does pretty much everything you'd expect of it. Dialogue is pinned to the centre speakers, while the surrounds come in for plenty of ambient use throughout. Things pick up substantially during the Quidditch match and the climactic showdown with some appropriate bass extension and masses of action across the rear speakers.

This two-disc set includes what initially appears to be a respectable collection of extras. These include: interviews with the director and producer; visits to Snape's, McGonagall's and Flitwick's classrooms; an opportunity to watch scenes from the film in eight different languages; interactive tours of Hogwarts and Diagon Alley; a guide to Quidditch including an interactive game; character guides; and DVD-ROM material such as weblinks, further games, personalised owl mail, screensavers and more.

Sadly, this is really a case of quantity over quality. There's no denying that a lot of the material here is fairly cutting edge, with the interactive guides taking you through almost all of the locations used in the film. But in reality these are little more than very attractive animated slideshows narrated by Jim Dale with very few interactive options other than being able to move around within a 3D recreation of the locations. These interactive elements more often than not turn out to be little more than clips from the film, which fans will already be familiar with. Even young children (who the disc is undoubtedly aimed at) will soon become bored with what's available as there is actually very little substance or replay value to anything. The only two additional features that will appeal to adult consumers in any way at all, will be the two interviews and the seven deleted scenes. However as access to the latter requires users to go through all of the other interactive elements looking for clues to find them, many will probably become bored and give up trying (go to page 8 to cheat). This issue also adds to the problem with the disc for children; for a reward for going through the disc they are presented with some deleted scenes, surely they would prefer to have a teaser trailer for the second film?

As a final point, we'd just like to tell anyone who claims that we are being churlish and that the title is made for children and all they want is games to take a look at what Buena Vista does with its two-disc sets for all the animated Disney DVDs. They prove that there is plenty of opportunity for a package that provides lots of quality supplementary material for everyone.This pack will sell regardless of what we say, and the transfer is fine, but as a two-disc set it is something of a bust.