As adaptations go it is quite phenomenal 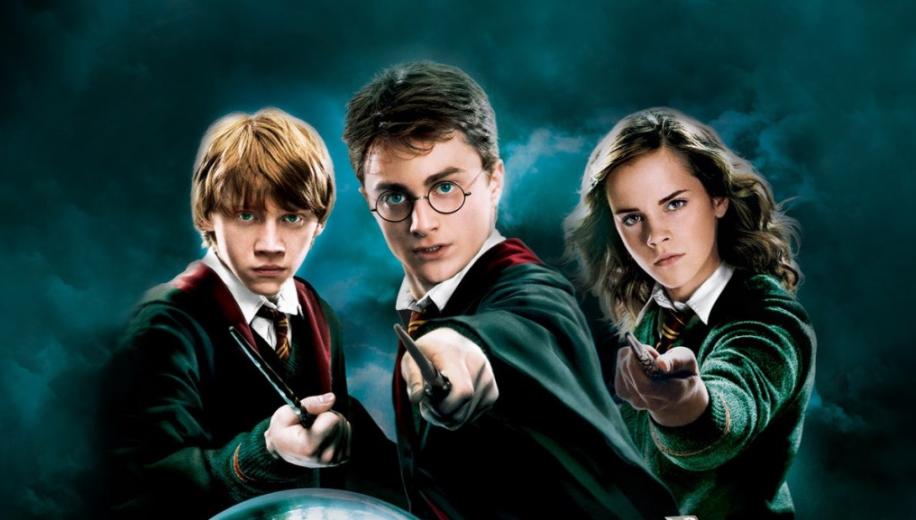 We've got to be able to defend ourselves. And if Umbridge refuses to teach us how, we need someone who will

Voldemort is back and amassing his Wizards, but the Ministry of Magic will not accept it. Back at the Dursley’s, Dementors attack Harry and his step brother, only Harry’s Patronus charm saves their lives. This magical infraction calls Harry before the Ministry to explain his actions. So that he is prepared he is called to the Order of the Phoenix, a group of resistance wizards headed up by all his best friends. Leading Harry’s trial is Dolores Umbridge and without a timely witness called by Dumbledore things might have been very bleak. Once at School, Umbridge is a new professor, and her methods are at odds with her sickly sweet demeanour. Since she refuses to teach ‘proper’ defence spells, some students, led by Harry, form their own resistance called Dumbledore’s Army. Umbridge knows something is wrong and eventually finds out what the students are up to culminating with the removal of Dumbledore. When Harry realises the dreams plaguing him are messages from Voldemort, Dumbledore’s Army mobilises but run into a trap and only the Order of the Phoenix turning up saves the day. A serious loss for Harry prompts him to try to take on Voldemort until Dumbledore appears and breaks the possession with the love of his friends.
Director David Yates and screen writer Michael Goldenberg had the awesome task of reducing the largest book so far to a film friendly length. To say they were successful is an understatement. As adaptations go it is quite phenomenal, considering there was so much missing from the book, entire plot developments and characters, it plays out as if there is nothing missing at all. The film is far darker than anything preceding it and with said darkness against the light and fluffy Umbridge makes for wonderful juxtaposition. Harry’s tutoring of Dumbledore’s Army makes for some of the best scenes in the film and Radcliffe again manages to show some spunk. The final action sequence in the Ministry vault was an exercise in excellence, wizard against wizard in fearsome duels matched only by the pairing of Voldemort against Dumbledore whose battle is one of epic proportions. Just like the third film, this one is a far more emotional affair, the investment in the characters means we feel their peril and their joy. The film is structured in such a way as there is no weaker narrative binding huge set pieces together, the main characters are close-knit, conspiring against an uncaring and blinkered establishment and we are privy to that, making us feel like part of the team. Harry Potter and the Order of the Phoenix was shot using Arricam and Arriflex cameras on 35mm film, and originally finished as a 2K DI, which has been used by Warner Brothers for this Ultra HD Blu-ray release. The film is presented with an up-scaled to 3840 x 2160p resolution and in a widescreen 2.40:1 aspect ratio, the disc uses 10-bit video depth, a Wider Colour Gamut (WCG) and High Dynamic Range (HDR), and is encoded using the HEVC (H.265) codec for HRD10.


The UHD improves the colouring and black level

The picture on the old Blu-ray was always pretty good, in terms of detail, colouring and black level. The up-scaled image on this UHD improves all of these, most significantly the colouring and black level. Detail, however, is no slouch, improvements are seen almost immediately, the Warner logo and how it stands out from the clouds, the establishing shot over Little Winging with the edges being held firmer, and the zoom into the playground where the figures are better seen against the background. Of course, staples such as skin texture and clothing weaves show a modest improvement, while room decors (the cat plates, the vast number of portraits, the decrees and the wall they are nailed to) are readily more visible. Colours are subtly enhanced, by which there is simply more; the colours grade better, are deeper and form a more cohesive whole, thanks to both the WCG and the HDR. Check out the escape across London on the brooms, the bright city lights against the blue/black of the Thames and surrounding riverside. The fireworks as the Weasely twins create havoc during the OWLs showcase more vivid colouring, likewise the early playground scene with the parched grassland, before the Dementors turn up. I particularly liked the green/black tiles in the Ministry of Magic’s main hall, while the wand battle between Voldemort and Dumbledore drips colour. However, the overall style of the palette is one of dour and depression, i.e. there is plenty of desaturation going on, and the picture at times pushes this far further than the Blu-ray ever could, Umbridge’s pink clothing, for example, while containing more shades of pink, is nevertheless no-where near as gaudy as has previously been seen.

Black levels are far deeper than the Blu-ray, and hold a deal more shadow detail as well, check out the Prophecy Room in the Ministry, how the black of the Death Eater’s meld into the shadows, likewise the confrontation between light and dark against the backdrop of a black room. There is no more crushing going on that was evident in the Blu-ray, indeed there might be a deal less. The white end of the scale is terrific and didn’t clip. The source is typically clean and holds a decent grain structure, while there were no digital issues to contend with. The English DTS:X surround track is, once again, a triumph of natural steerage and envelopment, with plenty of opportunities to fly sounds around and above the room. Indeed right from the off, the opening credits, fly-over Little Winging to the Dementor attack, there is so much over-head sound to fully engage the surround stage. Surround effects keep coming, the spell casting in the Room of Requirement, the voices in the Prophecy room and the final battle – fire against water! It must be, however, the firework escape from the Weasely twins that takes the sound to a new level. Indeed the overhead explosions were so realistically seen that it frightened my cat into hiding behind the sofa as per fireworks night! Bass is incredibly deep and tight, adding significantly to the low end with plenty of LF effects to shake the room. The destruction of the ‘Decree Wall’ is magnificent. The score makes full use of the surround environment and well layered into the mix. While dialogue is clear, precise sounds very natural and never lost in the mayhem. The best mix so far and a strong contender for best of the bunch. Harry Potter and the Order of the Phoenix is part of an eight disc set released by Warner containing all films in 4K.

The UHD disc, curtesy of a 2K up-scale showcases an image that betters the old Blu-ray. There is better detailing, more intensity and gradation to the colouring, while the black level deepens the frame like never before. The DTS:X surround track is astonishing in its immersive experience, with plenty of scenes to envelope and enthral, with a deep and tight bass, this might be the best track of the set. Definitely the best way to see and hear the film. The only fly – no extras at all, no Blu-ray, nothing.