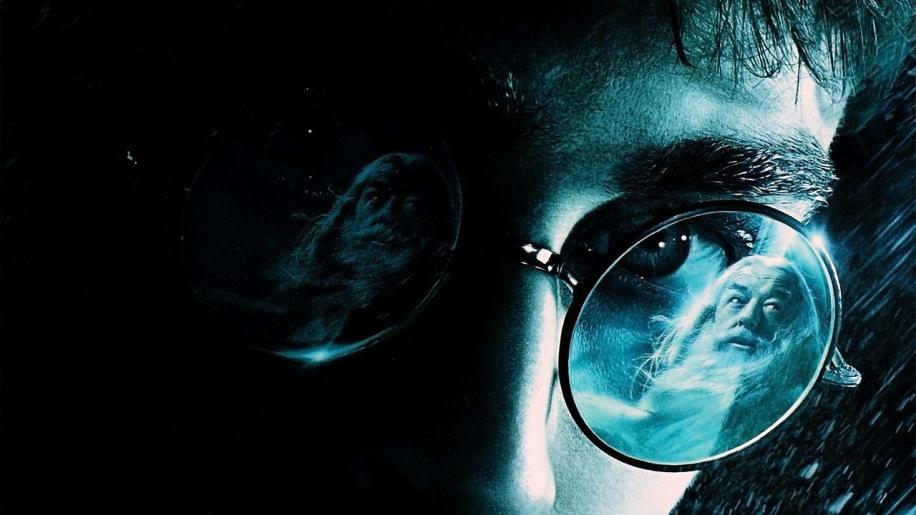 During December I am planning to bring you several Harry Potter reviews, as Warner begin their second stage of milking the franchise for all it is worth. I will be bringing you reviews of both of the new Ultimate Edition releases just as soon as they land on my doormat and I can work through the content. I start, however, by taking a look at the latest film's blu-ray release : Harry Potter and the Half-Blood Prince. As we now know that this is going to receive the ultimate edition treatment within the next few years (most likely around the time the seventh film hits Blu-ray) is it worth shelling out for this release?

When David Yates was announced as director for Order of the Phoenix, I had severe reservations. I was worried that he would not have the required talents to helm such an important franchise. Once he hit me with the opening dementor attack, however, he had me hooked and produced a very competent retelling of the novel. I was therefore really looking forward to the Half-Blood Prince and how he interpreted the book.

Harry Potter and the Half Blood Prince could be regarded as the ending in search of a book. It is clear that what happens in the end is a necessary step in the evolution of the tale as a whole. I don't think that I will be spoilering anything by talking about the death of Dumbledore. This event is the catalyst for all that follows in the last book. It is an absolutely necessary stepping stone on the path of Harry's evolution as a character. But when reading the book, the uncomfortable thought placed in the mind is that J K Rowling didn't really know how to build up to this pivotal event properly. She therefore constructed a tale which involved delving back into the history of the Potter family and their relationship with Snape. Against this background we also had a task for Harry and Dumbledore to go through together, but it was this part of the story that didn't really convince.

It could therefore be argued that this is the most difficult book of the whole franchise to convert to celluloid. It may not have the sheer size of The Goblet of Fire but the challenges in adaptation are probably even greater.

The film opens as a direct continuation from the last film. There is no prequel with his adapted family, instead Harry finds himself as the centre of attention once again, but this time as the boy who was correct with his warnings about the return of Voldemort. Dumbledore uses him as bait to persuade Horace Slughorn (Jim Broadbent) to return to Hogwarts as a teacher for reasons that are unclear. Just after the new term starts, Harry comes across a book which used to belong to a pupil who identifies himself only as The Half-Blood Prince. The book displays an understanding of magic which is deep and powerful, and Harry keeps its existence secret from all apart from Ron and Hermione as he tries to decipher various clues and secrets which are included within its pages.

Against this backdrop, Dumbledore discovers that Voldemort has split his soul and that they are contained within seven horcruxes - magical devices which the evil wizard has protected with various magical traps. Dumbledore takes Harry on a quest to uncover and destroy these items. If all this isn't enough, the reason for Horace Slughorn's return to the school is made clear as it is revealed that there is a secret inside his head that Dumbledore needs to know. Harry is chosen to be the one to try and get to this secret as it is crucial if they are to stand a chance of beating Dumbledore.

This plot synopses sounds as if there is an awful lot going on with the film, but the truth is that each part of this plot does not seem to really be given the time it needs in order to fully develop. Despite all these events going on, Yates is more concerned with developing character this time around, or focussing on the changes that Harry has undergone. This is not, by necessity, a bad thing - a decent character study of the boy who lived has the potential to be very interesting indeed. The problem is, Yates tries to do this whilst also including all the above plot details. I am afraid to say that the result ends up in being rather a mess.

As with all the Harry Potter films, it has been necessary to jettison some details from the book in order to fit the running time of a film. The major problem here is that they have chosen the wrong parts of the book to ditch. As mentioned earlier, one of the things that Rowling focuses on is the relationship that Harry's parents have with Severus Snape. This is dealt with in flashback in the book, and it is revealed that Snape actually has very good reason for hating Harry. These are some of the best parts of the book, but they are almost completely cut out of the film. Likewise there is a key battle scene between the death-eaters and various Hogwarts students. Apparently, in order not to steal thunder from the last two films, this has also been completely cut out of the film. These omissions are a great shame, as in the past one of the best things about the films is that they have been very clever adaptations - knowing what to leave out without destroying the story. The omissions in this film, however, are key to the whole story and an important part of Snape's development is ruined. It will be interesting whether they manage to get around this in the last two films - if they don't, the cinema audiences view of him as a character will be far less rounded than the people who have read the books.

One particular aspect of this film is handled very very well though, and that is the burgeoning relationship between a young Dumbledore and young Tom Riddle. These are shown in flashback and are handled extremely well indeed. I am not a huge fan of Gambon as Dumbledore, preferring Richard Harris in the role, but he does extremely well as a younger version of himself, portraying the subtle differences between his younger and elder self really well. Young Tom Riddle, played by Hero Fiennes-Tiffin (yes, Raph's nephew), is absolutely perfect in the part - looking and behaving completely chilling as the child who will become the Dark Lord.

Surrounding the central story are the usual superb performances from the cream of British talent on display. Ron and Hermione are rather marginalised this time, but both are showing more maturity in their roles. Daniel Radcliffe, as Harry, is a revelation in this film though - perhaps the first time he has had the opportunity to go into his character in this much depth. He displays an inner steel that hasn't been seen before, and also a touching vulnerability that really sells the character.

The dark characters get more to do in this film, and the stand-out performance here is probably Helena Bonham-Carter as Bellatrix LeStrange. She is superbly deranged, and seems to be welcoming the chance to really explore the character's evil depths. We can only look forward to her taking an even bigger role in the final two films.

The one downside on the acting side is, sad to say, Jim Broadbent - who is normally one of my favourite actors. He seems rather lost and wooden in the role of Horace Slughorn, never really getting to the depths of the character as he should - and this is a shame for a pivotal character in the franchise.

But the real failing of the film has already been mentioned, and that is the way the whole film is put together by the director. Key plot points are glossed over in favour of character beats, and this can lead to some confusion in the mind of the viewer as to what exactly is going on at times. One scene can merge into another without any clear indication to the viewer of exactly how the two link, and how the characters knew what they should do next. Far too much time is spent on trivial character moments that do not further the story, whilst important points are ignored or so truncated that they just make no sense.

As a fan who has read all the books, and seen all the films, I could not help being disappointed with Harry Potter and the Half Blood Prince. There is much to enjoy in the film for sure, but one can't help thinking that it could have been so much better if different decision had been made in the script and editing stages. Within the grander scheme of the franchise, very much like the source novel, the film is necessary to move us on from the end of Order of the Phoenix and onto The Deathly Hallows. But as a movie it is very much the weakest of the series so far, and as a stand-alone film it is quite simply not very good. One really has to hope that the team behind the series realise what has gone wrong here and put it right for the final two films. This is their first miss-step and we need to hope it is their last.

I should also mention here that the American disc as reviewed is rated PG. If any parents out there are thinking of showing this film to their children I would strongly suggest that they take note of the British rating of 12. There are some really quite scary scenes in this film - and a viewing first may well be advised before showing it to anyone under that age.