Harry Potter and the Half Blood Prince UHD Blu-ray Review

Best known for the ending 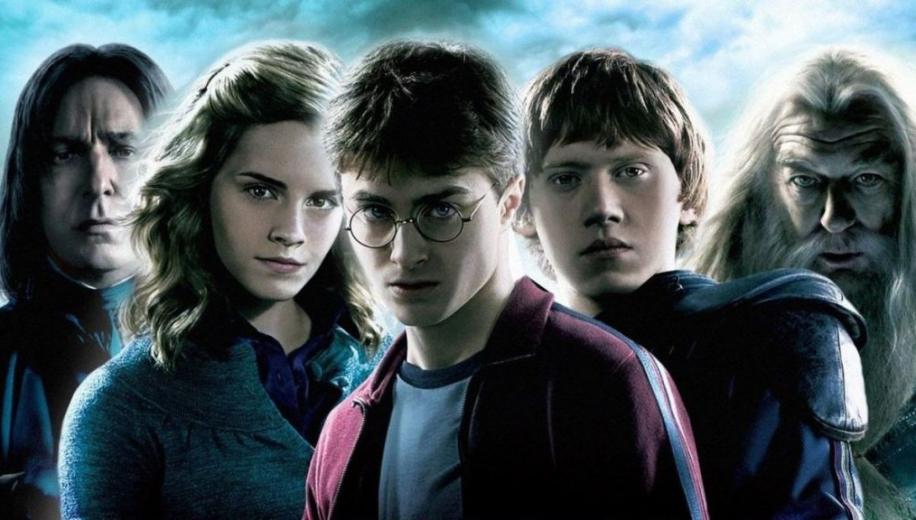 Why is it, when something happens, it is always you three?

Voldemort’s return is no longer in dispute; even the muggle world is seeing repercussions. Dumbledore is searching memories to try and find a weakness in the Dark Lord’s power, and enlists the help of Harry to persuade an ex-professor, Horace Slughorn, who taught Tom Riddle and may have a secret memory that holds the key, back to Hogwarts. Meanwhile hormones are running high in the classrooms as students discover their sexuality and try to couple up, breaking plenty of hearts along the way, even our intrepid trio are not immune, as young love that has been brewing for years starts to blossom. Harry’s discovery of an old potions book, belonging to the Half-Blood Prince allows him to excel in a class he was failing, endearing him to Slughorn, which, in turn, persuades the professor to reveal the secret of the Horcrux. After Dumbledore and Harry retrieve one, nearly costing them their lives, a serious turn of events sees a beloved character murdered, and the wizarding world will never be the same again.
Book six is best known for its ending, and likewise, the film. The fundamental problem with both is that relatively little happens during the runtime leading up to that devestating climax. Once again directing duties came to Dave Yates, having done such a tremendous job with the previous instalment, and his filleting of the source novel leaving only the salient parts, the love triangles, Draco’s dilemma, Slughorn’s revelation and the climax paints a pretty broad picture, while only a few ‘action scenes’ spice up the runtime. The principals for the first time get to show off some real emotions, something they would capitalise on in the next instalment, but due to pace, even in a two and a half hour film, the blossoming relationships never quite have that pull compared to the novel. But it is all about that finale, and Yates wrings out the emotion and does it well; there is a definite impact, even if the emotional bond between Harry and Dumbledore is never shown to be as fundamental as in the source, but this a common fault to all the films. Harry Potter and the Half-Blood Prince was shot using Arricam LT and ST cameras on 35mm film, and originally finished as a 2K DI, which has been used by Warner Brothers for this Ultra HD Blu-ray release. The film is presented with an up-scaled to 3840 x 2160p resolution and in a widescreen 2.40:1 aspect ratio, the disc uses 10-bit video depth, a Wider Colour Gamut (WCG) and High Dynamic Range (HDR), and is encoded using the HEVC (H.265) codec for HRD10.

The old Blu-ray has still got a pretty good image, decent blacks, well detailed and nice colouring, even with the desaturated colour palette, the most so far. This UHD presentation takes what is good about it and pushes the envelope, darkening the image, stretching the colours and adding some detail; some may find it a little stark, others a whole new picture.


This UHD presentation pushes the envelope

Detail itself is overall, only modestly improved; but where there are improvements, it is obvious - looking up the Weaselys' staircase early in the film, Hermione’s face, far off in the distance, is much clearer, likewise the few establishing shots over Hogwarts show far keener edges, while the clutter of the Room of Requirement is sharper all around. Skin texture and clothing weaves show little enhancement however. It is left up to the WCG and HDR to really showcase the differences. Both show marked changes; colour in a film that is very desaturated, is now, in places almost devoid of any hue altogether; check out the cave of the Horcrux, Harry’s red jacket with blue stripes is now almost black, likewise his and Dumbledore’s skin tones are all but silver. Yet look at the burnt oranges of the Scottish heather as the train winds its way through to Hogwarts, how rich it is. Indeed all fire has a far more vivid in colour and depth, far more than the Blu-ray could ever produce. Dumbledore’s fiery protection burns off the screen.

And the black level is deeper, blacker and more foreboding that ever before; indeed the whole picture is darker – this adds incredible frame depth, but doesn’t muddy as say Prisoner did early on. This depth allows the whites to really shine; and they do. Check out how bright the wand light is in the cave, especially ‘luminous maximus!’ the white end is really well seen and shows more detail than ever before; check out the destroyed window in the Great Hall, in the Blu-ray there is plenty of detail missing, the UHD resolves a great deal more, even if not quite completely. While the blue skies overlooking the lake as Harry and Hermione discuss the future has never looked so natural.

The source is clean and tidy, there is a reasonably well intact grain structure, better resolved than the Blu-ray at least, while digitally there are no issues apart from some very, very slight banding. The English DTS:X surround track makes good use of the surround environment, with the overhead layer used sparingly to add some incredible height; for example Voldemort’s Dark Mark flying in the clouds above Hogwarts at the end. But more subtle effects are just as enticing, running through the high grass during the attack on the Weasely’s house, or how the fire envelops around and above. The ‘zombie’ attack in the cave is a delight, as is Harry’s submerged struggle which has a real sense of enclosure. And when Dumbledore’s fiery retribution burns the cave it is awesome. Dialogue sounds good and natural without getting lost in the mix; there is some nice directionality when needed to. The score makes good use of all the speakers as well. But it is with bass where this track really comes into its own. It is tight, controlled and deeper than anything that has come before, some genuinely subterranean impacts. This film is not as dynamic as previous instalments, so the surround environment was never going to be quite so engaging, i.e. it is quite a talky film, but the effects when they come are terrific, while the bass is quite simply awesome. There are no extras on the UHD disc, and this 8 disc set does not contain any Blu-rays with extra features – a somewhat peculiar commercial decision by Warner. So if extras are your thing, you’ll have to hold on to your old Blus.

Harry Potter and the Half Blood Prince UHD Blu-ray Review Harry Potter and the Half Blood Prince is part of an eight disc set released by Warner containing all films in 4K.

The UHD image courtesy of a 2K up-scale is darker and more desaturated than ever before, but it does bring out the depth of frame, detail and where intended, intensity of colour like never before. The DTS:X surround track my not be the most immersive, due to the nature of the film, but when it livens up, boy is it good, with some simply terrific bass that is one of the deepest around. Whether or not you prefer the Blu-ray’s more neutral frame, or the UHD’s definite starkness is up for debate, personally I think this is the best the disc has ever looked or sounded. The only fly – no extras at all, no Blu-ray, nothing.