Satisfying to marvel at, but frustrating to enjoy 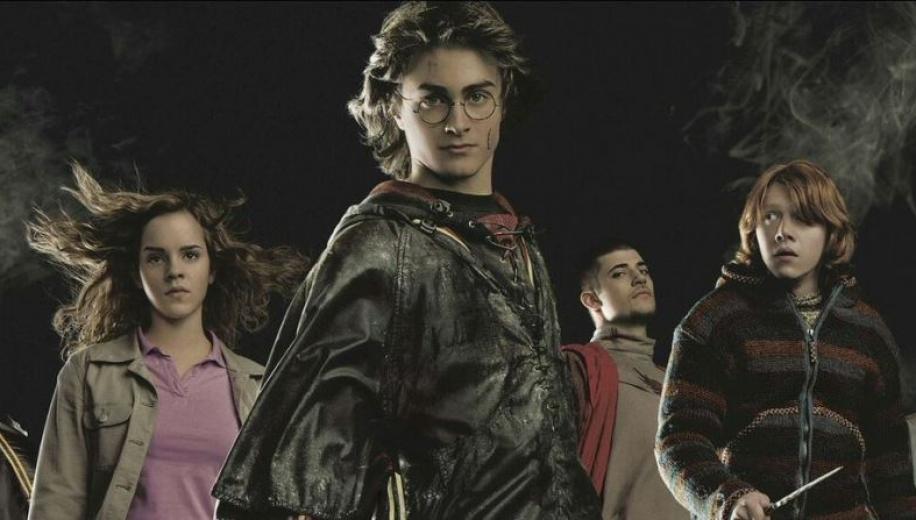 Harry wakes from a tortured dream involving a barely human Voldemort conspiring with his loyal followers, to find he is in Ron Weasley’s house preparing to travel to the Quidditch world cup. After the game the camp site is decimated by Death Eaters, Voldemort’s followers, and when Harry captures a glimpse of the wizard creating the Dark Mark, he is inadvertently found at the scene of the ‘crime’. The Ministry of Magic is trying to avert any panic by hushing up the events, and their blinkered view from those that know the truth becomes frustrating. However, the pupils have other things to worry about - Hogwarts School has been chosen to host the Tri-Wizard Tournament, which brings three of the greatest wizarding schools together, where one student from each is selected to participate, causing some friction amongst the core three of Harry, Ron and Hermione. Harry, of course, enters, and is tasked to complete three tests, the winner of the tests is crowned the Champion and eternal glory awaits. One of the premier events is the Yuletide Ball, a dinner dance, that too creates some bitter rivalries as each student needs a partner. The final test turns out to be a trap for Harry set up by Voldemort’s followers and with him captured they manage to resurrect the darkest wizard of all and in the battle that follows a student loses his life. Harry and Voldemort join wands and a traitor at Hogwarts is revealed. With Voldemort’s return there are dark, dark times ahead as the School takes up mourning for its fallen student and the wizarding world prepares itself for the horrors to come.
The job of reducing Rowling’s fourth book must have been daunting, the longest so far, dealing with puberty, social awkwardness, the return of Voldemort and, for the first time, death. The task of directing came to Mike Newell, the first Englishman for this entirely English series. He directs with a reasonably sure hand, there are some quite excellent set pieces, each Tri-wizard Trial being a prime example, but the film as a whole harks back the beginning of the series: set pieces with a weaker narrative. This is due to the filleting of the source novel which was particularly severe; there are swathes of plot missing, and it feels like it too. Characters are introduced and dropped (Rita Skeeter) or get only one or two lines (Viktor Krum and Fleur Delacour) and worst of all they changed the whodunit aspect. Yes, the film looks spectacular, but with such a disjointed narrative there's a lack of emotional involvement. The major theme of the book, Harry’s total isolation once his name came out of the Goblet of Fire, is demonstrated by just two scenes. His awkwardness around girls and his fascination and disappointment with Cho has barely any screen time. But perhaps the worst is the lack of time given to involve Cedric Diggory the poor student that holds the key to the climax, which should have been a total shock but it is only noteworthy through Harry’s breakdown. The regular cast manage to put in their all in roles that have become second nature, although I’ve never liked Ron’s language, there are better ways to demonstrate one’s distaste without resorting to profanity; the books manage it fine. Harry Potter and the Goblet of Fire was shot using Arricam LT, ST and Arriflex 435 cameras on 35mm film, and originally finished as a 2K DI, which has been used by Warner Brothers for this Ultra HD Blu-ray release. The film is presented with an up-scaled to 3840 x 2160p resolution and in a widescreen 2.40:1 aspect ratio, the disc uses 10-bit video depth, a Wider Colour Gamut (WCG) and High Dynamic Range (HDR), and is encoded using the HEVC (H.265) codec for HRD10.


Significant improvements over the Blu-ray

Despite only being an up-scale there are significant improvements over the tired Blu-ray. Detail is stepped up with staples like skin texture and clothing weaves showing improvements, but generally everything in the foreground is improved: check out Dumbledore’s lectern, the Tri-wizard Cup or the decor in the Weaselys' tent. Landscape shots are also improved, the vistas over Hogwarts, the shimmering lake or the cliffs by the Quidditch World Cup stadium. Edges are well defined throughout and though there is a hint of softness it is nowhere near that of Prisoner. It is, though, with the WCG and HDR where the real differences lay. Colours are more vibrant, with more depth (check out the Durmstrang robes, or Skeeter’s green dress) with the Goblet of Fire being a particularly striking shade of blue. The colour palette is desaturated, it always was, but the UHD brings out the subtlety of the colours, even when they are drained. How grey/green is the underwater scene for example. Black levels this time around are far more suited to the film; the HDR brings out the depth of black, hiding a good deal of shadow detail, and adding much to the frame. Indeed black is rich and deep without crushing. The other end of the scale is bright and clear; whites are bright – sun sets and blinding - World cup start.

The original source is clean and retains a good grain structure, while there was only the slightest hint of banding in the maze at the end otherwise no digital issues. The English DTS:X surround track, like those before it, is terrific. Surround and overhead effects are myriad, from the opening quidditch match, to the dragon chase scene, to claps of thunder. Perhaps the best overall effect would be the underwater scene, where you feel enclosed and surrounded by the depths, particularly when Harry is being attacked and held down. A close second would be in the maze, when the bushes move and enclose around you. Bass is tight and deep, with plenty of LF effects to keep the sub happy – dragons roaring, thunder rumbles, curse spells all produce some mouth-watering effects. The score, again, makes full use of the available speakers to cocoon you in a musical symphony. While dialogue is clear and precise and well layered into the mix so nothing is lost, even when it gets loud! A great surround track that envelopes the listener effortlessly. Harry Potter and the Goblet of Fire is part of an eight disc set released by Warner containing all films in 4K.

This disc, courtesy of a 2k up-scale, looks far superior to the dated Blu-ray: detail, colouring, black and white levels are all significantly improved. The increased resolution has improved detail, while WCG and HRD bring out the subtlety of the desaturated colour palette, providing far greater depth and vibrancy. The DTS:X surround track is another triumph, with plenty of opportunity to showcase the immersive surround experience; the underwater sequence being of particular delight. Indeed this is the best way to see and hear the film. The only fly – no extras at all, no Blu-ray, nothing.