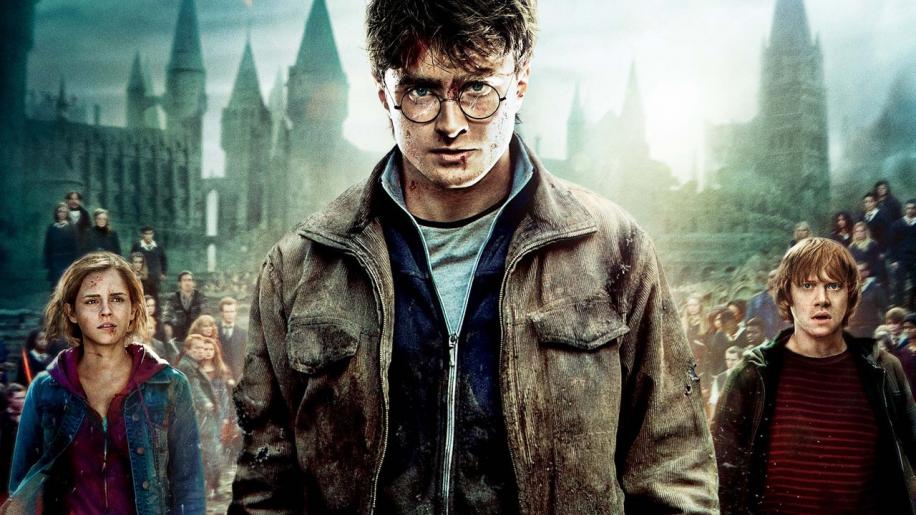 For the last decade, the latest Harry Potter movie has always been something to look forward to with great anticipation. Some have been better than others and, as with many recent movie franchises, they’ve been getting darker. There was a feeling with ‘Harry Potter & the Deathly Hallows: Part 1’ that there was a lack of big action scenes and that it was all a bit ‘talky’. Everyone hoped that the balance would be redressed by the final outing, ‘Harry Potter & the Deathly Hallows: Part 2’ (out now on American Region free Blu-ray) and, indeed, those looking for action will not be disappointed. The final entry in the series is one great big, long rollercoaster of a movie.

Although I’ve seen all of the Harry Potter films, I’m not as immersed in the culture as many and, perhaps, not so ready to argue to the nth degree over tiny script points – nor do I see it as any kind of alternative religion. So, what I’m about to say will, no doubt, be seen as sacrilege by some and misinformed by others. While I enjoyed the final film, I couldn’t help but feel that I was watching a collection of almost disjointed action set pieces. So much was crammed in to the running time that I constantly had to remind myself of the reasons behind it all and why the characters were doing it. I think this must have occurred to the film makers themselves as, every so often, they would have a character explain what was going on to the audience. For those of us who hadn’t done Harry since the last movie, it was a case of ‘Oh yes, I remember now.’ I pitied anyone for whom this was their first exposure to the world of teenage wizardry. Huh? What? And why’s Harry lugging that thing around with him?

The early big action sequence has Harry, Ron & Hermione travelling to Gringotts Bank to retrieve one of the last three remaining horcruxes, the magical items that give Voldemort his immortality. So just a few minutes in and we have a rail cart ride reminiscent of ‘Indiana Jones & the Temple of Doom’. The visual effects are excellent as they hurtle through the underground caverns. It looks like Harry is closing in on the Dark Lord but his nemesis has been gathering an army of followers who mount an assault on Hogwarts itself. It all gets very complicated and it’s revealed that Harry can’t kill Voldemort unless ... nah, I’m not going to be suckered into telling you.

The fun thing about the Harry Potter movies is that each outing has been like meeting old friends again. It’s great to see Robbie Coltrane as Hagrid, Michael Gambon as Dumbledore, Maggie Smith as Professor McGonagall and Warwick Davis as Griphook. Some things never change since Alan Rickman still does his level best to steal every scene as Professor Snape. Over and above all that we’ve seen Harry, Ron & Hermione grow from little children into adolescent teenagers during the series. We’ve become attached to them and don’t want them to come to any harm. All the same, Hogwarts must be the only school I know of that doesn’t have anything suspicious going on behind the bike sheds ( maybe that should be broomstick sheds). No glue sniffing, no smoking, no nothing.

The sneering Draco Malfoy (as played by Tom Felton) is just begging for his come uppance in the final outing – and it’s a testament to this lad’s acting ability that he’s taken on the mantle of the pantomime villain. So much so, that the young actor was typecast in the very recent ‘Rise of the Planet of the Apes’.

Ralph Fiennes has created, in Voldemort, the uber villain of all time who is a constant threat to the survival of the beloved Harry – and he’s just sooooo evil. The fear of his very presence has heightened over the eight movies to the point where he’s almost the Devil incarnate.

There have been several directors during the series, each with their own preferred look and take on the whole genre. David Yates brings to it a brooding darkness that lends credibility to the events that take place before our very eyes. His handling of the action sequences is first class, seamlessly blending the live action and CGI elements into one cohesive mass through the use of a very fluid visual style to the photography and the editing.

The lighting and camerawork of cinematographer Eduardo Serra is wonderfully atmospheric and he achieves a very boldly handsome, frowningly serious look without making it all look very murky. This man knows a good bit of light when he sees it.

Alexandre Desplat’s music underlines the threat element by the use of menacing underscores that fit the visuals like a hand in a glove. It also produces a driving force that moves the film on progressively, while at other times providing a heartbeat that gives rise to the whole gamut of human emotions.

While others have been responsible for adapting the books for the big screen, it would be extremely rude not to acknowledge the imagination and writing of Jo Rowling as she provided the raw materials out of which the glossy movie end product could be hewn. There’s a very interesting chat between her and Daniel Ratcliffe among the bonus materials in which she tells us of the things that she liked and disliked about the changes made for the movies. Normally, an author is the least wanted person on set, but there seems to have been a fairly harmonious relationship on the Potter franchise and I’m sure it helped that she was listed as a producer.

All in all, ‘Harry Potter and the Deathly Hallows: Part 2’ is not a bad movie for the series to end upon as it draws together some of the many threads that have been running throughout it. There’s plenty of excitement, loads of visual and audio effects as well as the fact it doesn’t just fizzle out. It builds to a climax that has most Potter fans on the edge of their seats. There’s no doubt that the film makers must have decided to go out with a bang rather than a whimper. It certainly succeeds on that score – and for the grieving fans there’s always the on line reading experience ‘Pottermore’ as well as the Studio Tour at Leavesden with access to the movie sets, opening in Spring 2012. I can just see the long queue of young wizards forming now.