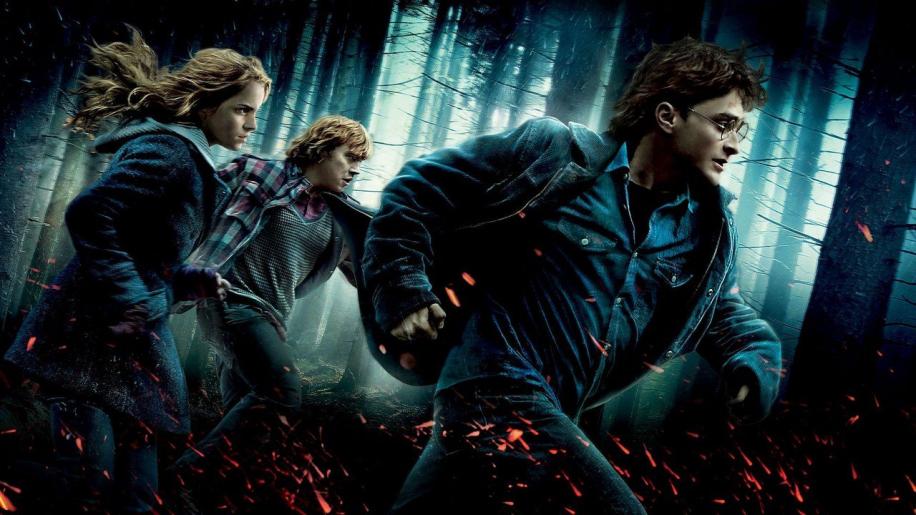 A new Harry Potter movie is something worth looking forward to as, from the very first in the series, they’ve mostly succeeded in delivering good family entertainment with enough thrills, spills, humorous moments and wicked wizardry to keep most people happy. Over the last 15 years we’ve seen Harry, Ron & Hermione grow from little kiddiewinks into late teenagers. The series has made stars of Daniel Radcliff, Rupert Grint and Emma Watson who now seem poised to launch their individual careers when the series comes to an end with ‘Deathly Hallows- Part 2’, due for release in July 2011.

But that’s in the future, so what about now? Well, now we have the American Region free Blu-ray of ‘Harry Potter and the Deathly Hallows – Part 1’ hitting our home cinema screens and it’s a welcome return to form for the series. The previous movie, ‘Harry Potter and the Half Blood Prince’ was a bit of a let down for those of us looking for the usual level of action and adventure meted out by other entries in the series. This was rather confusing as the action was all there in Jo Rowling’s book, but by the time it reached the big screen it had vanished – as if by magic! It seemed to focus on teenage angst and the search for love so much that you felt there was something going on behind the broomstick sheds. We also lost dear old Dumbledore along the way and then the film just seemed to fizzle out with no great climax, although it was clear that we were being set up for the big screen version of the final Harry Potter book. As ‘Harry Potter and the Deathly Hallows’ is quite a big story, the moviemakers decided to make two films from it. Well, it couldn’t be that they simply wanted to milk it for another movie, now could it?

Anyway, it’s good to be able to report that the lack of action in ‘Half Blood Prince’ is more than adequately made up for by ‘The Deathly Hallows – Part 1’. As the series has moved on, each movie has become progressively darker in nature and ‘The Deathly Hallows – Part 1’ (would you mind if we called it ‘TDH-P1’ from now on?) is the darkest yet, not only in its storyline but also visually through the lens of Director Of Photography Eduardo Serra. At some points it looks decidedly gloomy but this only helps to bolster the feeling of impending doom. In this one, Harry and his friends are now facing a very real threat of being killed by the evil Dark Lord. Voldemort (Oh, no – I shouldn’t have mentioned his name!) is closing in on Harry's location, but his pals are on hand to help him attempt to escape. Through the magic of Polyjuice potion, Harry is replicated seven times and they set off on separate broomsticks to evade the Death Eaters who have been tracking them. Of course, with seven Harrys to contend with they don’t know which one is for real – so there’s a fair amount of humour in the sequence as a dogfight takes place between the Wizards and the Death Eaters in the skies over London. Director David Yates keeps it all fast paced and, like never before, we feel that Harry is in real danger. This threat to the survival of young Mr Potter, Mr Weasley and Ms Granger is maintained for the most of the movie.

So after that exciting opener, what’s the story that keeps the picture moving along? Well, our Harry has to destroy Voldemort (Oh, no – I’ve done it again!) once and for all. In order to achieve this he must track down and destroy all remaining Horcruxes (Note to non dyed-in-the-wool Harry fans – a Horcrux is a kind of chunky locket) which contain parts of the Dark Lord’s soul. Harry, Ron and Hermione are pursued through dark forests and have to fight off the evil side effects of wearing a Horcrux which turns them against each other. At one point in the movie, they have to infiltrate the Ministry of Magic in search of a Horcrux – and the good old Polyjuice is pressed into service again so they can impersonate three grown up employees. This is quite a funny scene as, at some points, our three pals forget what each other now looks like – and there are a few tense moments too as other people in the Ministry try to hold a conversation with them.

As with other movies in the series, the CGI effects used to make transitions from one location to another and also in the flying scenes are very well done indeed. Enough of the budget has been spent on the Special Effects to ensure they are convincing and even when good old Dobby the House Elf makes a reappearance, we’re willing to believe it. I won’t say too much, but there’s a sad moment involving Dobby – so have the Kleenex ready!

It has to be said that one of the major selling points of the HP series is the ‘big’ sounding music and this time round is no exception with the score being penned by the current ‘flavour of the month’ composer Alexandre Desplat. The score very effectively highlights the action and adds a pervading sense of dread that helps to make us fear for the lives of our three young heroes (well, two heroes and one heroine).

So, all in all, this is Harry Potter back on course again with plenty of action to hold the interest of most audiences. It’s by no means a short movie at 146 minutes long and I did find my attention wandering in some of the quieter moments but then another ‘bump’ came along to get me back into the thick of it again. This is a great set up for Part 2 of ‘TDH’ and the Blu-ray of ‘TDH –P1’ arrives on shelves in plenty of time to pique our interest before the final movie in the series hits the big screen in a couple of months time. For HP fans, buying this is a no brainer. For the rest of the world, it’s good fun with a bit of danger thrown in. Well worth a watch. Look out for the sneak peek at the opening scene from the final movie among the Special Features.