Harry Potter and the Chamber of Secrets Movie Review 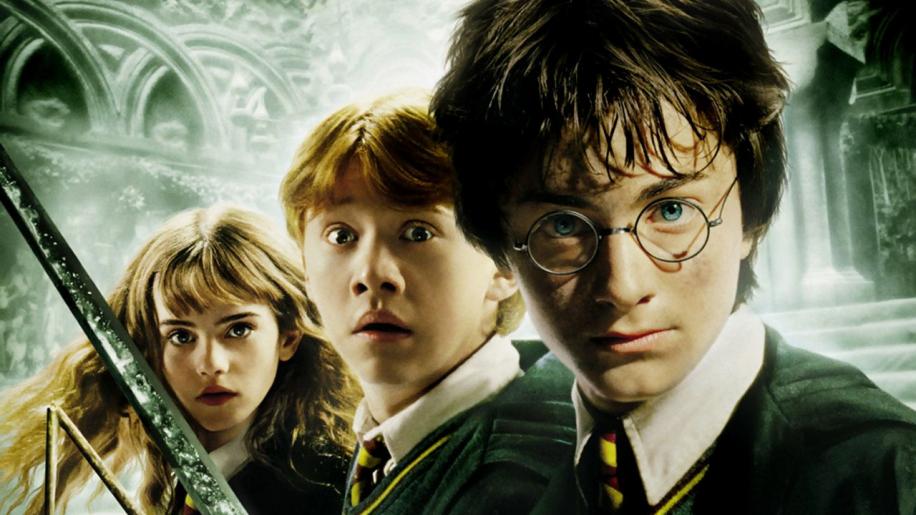 Harry Potter and the Chamber of Secrets Movie (2002)

After the spectacular financial success of the franchise opener, Chris Columbus returned to the helm for the second film of the “Harry Potter” series. Having delivered a competent first film, laying down the framework for all that was to follow - the opportunity to cut loose a bit and tell a more coherent story was there. The question is, was Columbus the man to tell that story and to steer Harry on the first step towards the darkness that was to envelop the series.

The film opens in a very similar way to the first. We are in Privet Drive's identikit suburbia household, where Harry is again being mistreated by his relatives. This time, he escapes in a far more magical way and off he goes to start a new term at Hogwarts. This time, the Defence against the Dark Arts teacher is Gilderoy Lockhart (Kenneth Branagh), a man who has a secret which is rather different to the other occupiers of the post. The rest of the staff return from the first instalment, apart from Zoe Wannamaker as Madame Hooch - who apparently had some contractual issues. Snape is as conniving as ever, still seemingly out to cause Harry as much misery as possible, and against this background, Harry starts hearing strange voices! Eventually it becomes clear that he will have to solve a riddle and face up to an enemy of dark power.

The second film marks an interesting point in the franchise's development. It was filmed straight after part one, so even after they had started filming they were not aware if the first film had been a success or not. This meant that the budget increases from the third film onwards had not yet kicked in, so in tone and style the film is actually very similar to the first. However, with the whole world so well set up in the first film - the opportunity was here for Columbus to really cut loose and bring the world of Hogwarts completely to life.

Of course, the big question is - does he achieve this? Well the answer has to be that he does manage to produce a superior film to his first effort, but sadly something here does not seem quite right almost as if Columbus can't quite allow himself to fully embrace the direction the series was straining in.

The first good thing to say about Chamber of Secrets is that it flows far better as a coherent film than the first instalment did. It seems much less of a series of unconnected set pieces and more of a properly plotted narrative. The story seems more organic and natural, and the film-makers seem to have found the confidence to jettison some of the less filmic aspects of the source novel. In addition, although all the sets are still the same from the first film (with only minor alterations) they are shot in a different way. The picture is a little more gritty, a little more grimy - with more shadows allowed to creep in, and a more ambiguous tone employed. The film is also a little more frightening than the first one, with several key scenes being given a slightly more adult tone.

Because the film was shot straight on from the first one there is actually little difference in the performances from the first film. This means that the adult's performances are still as good as they were then, and the children's performances are also on a par with the original. This means that Daniel Radcliffe is still a little wooden, and Rupert Grint is not particularly convincing as Ron Weasley. Emma Watson as Hemione Grainger is still the stand-out amongst the younger generation, again bringing a sassiness to the role. The key addition this time round is Branagh as Lockhart but unfortunately his performance is rather too broad, too pantomime, for it to be registered as a complete success.

The effects, too, are a step beyond what the first film offered. The Quidditch match in this film looks far more realistic than in the first, and is very well staged. It is also quite a bit more brutal, players taking convincing hits from each other, and the whole scene having rather more weight. The giant spiders also convince, and this particular arachnophobic still finds their scene quite difficult to watch.

But all is still not quite right. Being critical, the world still doesn't seem quite as organic, quite as real as it does from the third film on. The sets are still a mixture of real locations and CGI augmentation (particularly the exteriors) and it doesn't quite convince. The supernatural backgrounds (moving staircases, ghosts, and moving portraits) only seem to appear when needed rather than being a constant backdrop. In addition to this, Kloves (the screenwriter) still seems to be finding his feet. Yes, he is not the slave to the novel that he was in the first instalment, but he still has a little trouble knowing what to include and what to leave out. Columbus, as director, is still a little conservative - not moving his camera with the flair for the unusual that future directors would employ. Everything still seems a little too safe.

But these are all minor criticisms in the grand scheme of things. If the first film was the franchise starter, then Chamber of Secrets is the bridge to later instalments. The film does go a little bit darker, but retains the family friendly nature of the first film, gently preparing children for the dark nature that the franchise will take. Whilst doing this, it also provides adults with much to enjoy with a more streamlined plot, better effects and a nice sense of continuity with the first instalment. It is true to say that from the third film onwards the franchise really grew wings, blossoming even further, and departing considerably from the vision that Columbus created - but without his valuable groundwork none of that would have been possible. Thankfully, Columbus seems to have realised he had gone about as far as he could with the franchise. He had delivered two solid, if unspectacular films and created a basic vision for others to run with. Fans of Harry Potter should be grateful for that, and can enjoy the two films he produced.