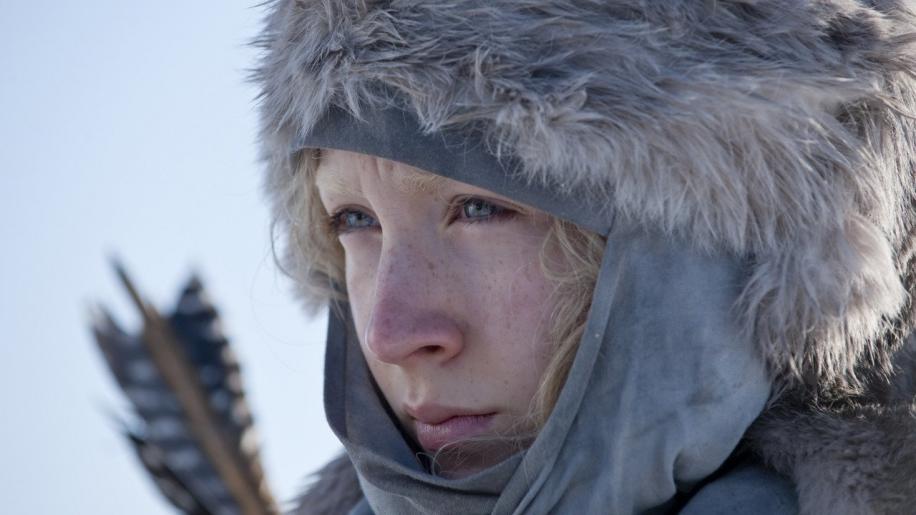 Ever since I was a kid I was always interested in writing stories – from futuristic sci-fi tales of warring factions on distant planets to medieval fantasies about mythical knights. Then, as my teenage years set in, and my love for movies started to grow, I began to draft amateurish sequels to all of my favourite flicks at the time – everything from Mad Max to the Tim Burton Batman movies. Eventually I matured, and went back to cultivating characters of my own; crafting my own tales from scratch but, at 16, I wrote my last unofficial sequel, to a movie which remains my favourite film of all time: Leon. The story followed the characters of Leon and his child protégée Mathilda as they evaded reprisals from the events of the first movie, showing how Mathilda was developing skills and coming into her own as a young assassin (yes, you don’t have to point out the obvious – but, as one of my friends at the time told me, if there was any way you could have these characters return in a sequel, it would have to be like this). Of course, with hindsight, a sequel to Leon is the last thing anybody wants – why would anybody want to do anything to taint this masterpiece? But now, some 15 years on, we get the next best thing.

Hanna is a 16 year old girl who lives with her father out in the wilderness. He has trained her to hunt, trained her in hand-to-hand combat, and taught her how to use weapons – bows, knives and guns. He has taught her everything he knows from his own wide knowledge and skill-set, ensuring that she is proficient in a dozen different languages; and he has also helped her learn the facts and figures about the larger world that exists beyond her reach, largely reading to her straight from encyclopaedias. He knows what is waiting for her when the time comes, and she wants to return to civilisation. He is training her for that day. And that day has come.

“Remember what I taught you, Hanna, you’ll be fine.”

Despite its remarkably straightforward plot – actually a relatively simple revenge tale – Director Joe Wright (Atonement, Pride and Prejudice) has masterfully crafted a fantastically different vision for this story, daringly infusing various elements from a number of different genres: from coming-of-age drama to fish-out-of-water drama; from road movie to chase movie. Although it has the backbone of a straight revenge thriller, and the muscles of an all-out actioner; an ethereal aura pervades the piece – which is populated by plenty of fairly obvious (Grimms’) fairytale references – giving it an almost fantastical edge which allows it to at once be real, yet also feel like it exists on a different plane. So whilst Hanna pays tribute to plenty of recent top action-thrillers – from the Bourne trilogy to Leon – it also manages to remain fresh and feel unique.

The story evolves naturally, and whilst you often know where it is heading, you could never predict how it was going to get there – continent-hopping; dipping from brutal thriller to offbeat comedy road-movie; bristling with unexpected menace; brimming with bone-crunching action beats and frenetic chase sequences. All the while you watch Hanna, the young, highly trained, but still completely naive protagonist as she takes in the world around her with consistent wide-eyed wonder – experiencing simple things, which we take for granted, but which she has never encountered before, and savouring every single moment of it.

Central to the piece is therefore the performance of the young teenage actress who plays the lead character, Saoirse Ronan, who was the same age as the Hanna at the time the movie was shot. She brings us a wild, untamed performance, yet one which shows great focus; determination running strong despite being perpetually bewildered by all around her – consistently believable as this seemingly fragile yet eminently strong, ostensibly innocent but scarily efficient killing-machine. Ronan previously had a small but integral part in the tragedy that unfolded in Atonement, obviously catching the Director’s eye there even at a much younger age, and, whilst her Peter Jackson vehicle, The Lovely Bones, was critically and commercially maligned (rightly so), even her performance there was praised. And, despite all the obvious comparisons to Leon, her character is far from that of Natalie Portman’s Mathilda – who was the flipside to this coin: a street-wise-before-her-years girl – and actually bears more of a resemblance to Chloe Moretz’s surprisingly cool Kick-Ass character, Hit-Girl. Strong beyond her innocent exterior, she’s the ultimate little-girl heroine for this fairytale.

“There are things I can’t tell you. There are peoples that want to harm me. Bad peoples. They won’t stop.”

A number of other familiar faces come into play as Hanna’s journey begins – we’re soon introduced to the Wicked Witch of this transubstantiated fairytale, Cate Blanchett (Elizabeth) complete with a look that Michael Clayton’s Tilda Swinton would kill for, and an accent which is perhaps even more adventurous than her take on Katherine Hepburn in The Aviator. She makes for an excellent antagonist – her backstory finely knitted-in with that of Hanna and her father, and slowly unravelled as the plot progresses. Cleverly, they don’t leave the entire burden of being a villain on the shoulders of Blanchett, whose character recruits a bunch of distinctively eccentric German hitmen to track Hanna down, led by a deliciously sadistic Tom Hollander (also from Pride and Prejudice), slightly reminiscent of the similar psycho in the recent, excellent BBC drama The Shadow Line.

Then there’s the entire Brit family that Hanna encounters, who populate the road-trip/coming-of-age sub-plot (really quite effectively juxtaposed with the more thrilling plight of Hanna’s father – so as to keep the pace brisk, even whilst the Director allows time for off-the-cuff humour). The parents are played by Jason Flemyng and Olivia Williams, who you will no doubt recognise from the likes of Solomon Kane and X-Men: First Class, and Ghost Writer and Joss Whedon’s Dollhouse, respectfully, and most recently, but it’s the daughter, played with zeal by newcomer Jessica Barden who really stands out. No matter how irritating this character would be if she were your daughter, she’s a wonderful and often hilarious counterpoint to Ronan’s Hanna, perpetually amazed by the manner in which this wild girl behaves, and the things that she comes up with – and unabashed in speaking her teenage mind.

Of course we can’t forget Hanna’s father – one of the reasons for all of the Leon comparisons; their relationship also analogous to the Big Daddy / Hit-Girl father-daughter killers of Kick-Ass. Eric Bana, boasting quite a thick Russian accent, is on rock-solid ass-kicking form as Hanna’s CIA-trained dad; analogous to the trusty woodcutting father-figure from any fairytale. Bana’s always worth watching, irrespective of the quality of the production he’s in – which varies dramatically – whether it’s playing a sympathetic psycho in Ang Lee’s flawed take on the Hulk, or being the single best thing about the mess that was Troy (he appeared to be the only one even trying). He was great, but a tiny bit wasted in the fantastic new Star Trek prequel, and he was an excellent lead in Spielberg’s haunting Munich. Here he just kicks ass and takes names – and is one of the biggest reasons why Hanna works so well as a character: you believe that, with this guy as a father, this girl truly could have grown up to be a veritable killing machine.

“I worked with this man, he knows things I don’t think you wanna know.”

Although you might have expected a little more action from an action-thriller; or a little more comedy in a road-movie; a little more drama in a coming-of-age piece; or deeper tragedy in such an elaborate revenge flick, the Director still manages to make a sumptuous melting pot of all these ingredients, measured out perfectly to suit the dish. Sure, not everything works – there’s a truly silly conversation early on between two inept actors as throwaway scientist characters, a couple of too-adventurous for their own good camera swirls (also fairly early on, soon after the scientist characters’ scene), and one implausible moment where Hanna, Indy-style, grabs the underside of a moving military jeep – only without the assistance of a bullwhip, and with the damn thing going impossibly fast. But I still remember when I first saw the original Bourne Identity, and how preposterous some of the scenes were in that (seriously, that staircase jump was guaranteed death!), and yet I easily managed to forgive its flaws because, on the whole, it was such an excellent, thoroughly entertaining action thriller. If few people even level criticisms in Bourne’s direction, why should Hanna be treated any differently?

Surely Wright also deserves a great deal of credit for at least trying something so daringly different? – it may well be well-trodden, tried-and-tested revenge plotting, but you’ll have never seen anything play out quite like this. The cinematography is energetic without quite reaching the level of being nauseating; the violence is largely implied and off-screen (in order to maintain the 12 rating, no doubt), but it’s still distinctly adult subject matter (I wouldn’t advocate this as being ‘family’-suitable matter in any way, shape or form), and the fights are presented in a well-spaced succession of unflinchingly brutal, no-holds-barred combat sequences. Wright has also, ingeniously, recruited electronic music band The Chemical Brothers to do the soundtrack, which is easily my favourite soundtrack of 2011; much like Daft Punk’s was the best soundtrack of 2010 (narrowly besting Zimmer’s score for Inception, and enhancing the ‘experience’ of Tron: Legacy tenfold). Their effort here similarly blends music and effects seamlessly into one, allowing effects noises to form a part of the score itself. Ingenious. And aside from their aggressive beats, scaring up a dizzying, pulse-pounding frenzy during all of the action sequences, they adopt a perversely playful lullaby-like theme which plays on and off throughout – and is even whistled by some of the villains in the piece (it’s so damn contagious, you might find yourself whistling ominously long after the credits have rolled) – and this further enhances the twisted fairytale theme. With Daft Punk and The Chemical Brothers (both amidst my favourite bands) doing such tremendous scores, I’m so surprised that they weren’t used sooner (Massive Attack and Orbital made a similar foray into film scores, for the likes of Danny the Dog and Event Horizon, respectively, but to significantly less acclaim, perhaps because the movies weren’t as high profile – although Massive Attack has been popular on the TV front, doing the addictive themes for both House and Luther).

17 years on from having seen Leon, I caught Hanna at the cinemas – on my birthday, no less – and was thoroughly impressed by it. Sure, it was not quite the perfect action thriller that I had somehow built myself up to expect – perhaps all those Leon references didn’t help – but it was still a good, just-shy-of-great thriller. Revisiting it at home I can safely say that it only gets better; if anything, the flaws I’ve highlighted above pass into insignificance – either because you already knew about them and could ignore them, or because, as was largely the case even in the cinema, you just get swept away in the furore of the experience. And it is one hell of an experience. What was once a high 8/10 at the cinema has edged its way up a notch now on a second viewing – it gets that high a recommendation from me.

“I tried to prepare you. For what your life would be.”
“You didn’t prepare me for this.”