One of the better TV show reboots 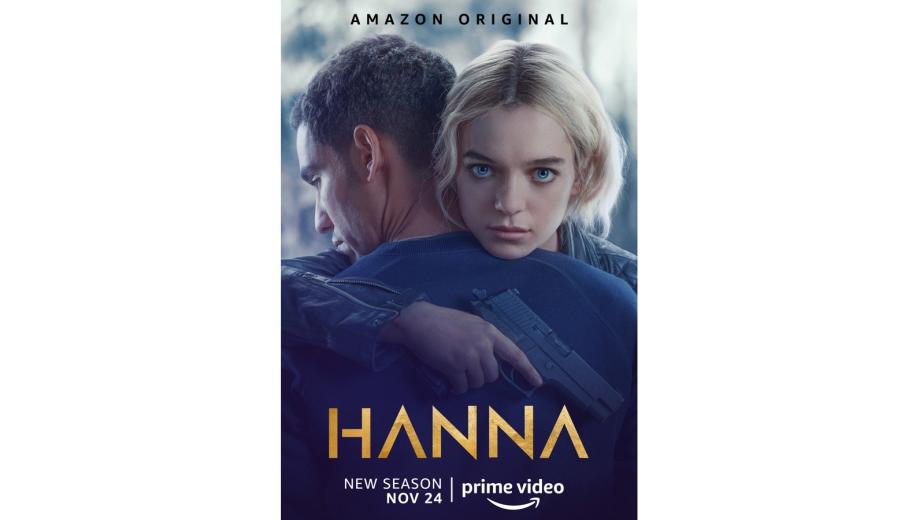 Amazon has churned out a number of solid TV show reboots, from Jack Ryan to Treadstone - with Alex Cross and Reacher on the horizon - but the majority of these, whilst having previously been made into feature films, first originated from book source material. When you have two dozen Alex Cross or Jack Reacher novels to play with, or a dozen Jack Ryan books, and only a handful of films dipping their toes into this bounty of source material, it almost makes sense to explore it in long form. But Hanna was a Joe Wright movie first and foremost, written by a young Seth Lochhead, with a start, middle and end, and precious little reason to go further. Amazon found a reason, retconning a more elaborate backstory to their fable of a young trained assassin, gifting her something of a Young Bourne backdrop, replete with multiple layers of clandestine organisations, and betrayals galore, seemingly enough to carry it through not one but three seasons.

... a shorter third season to round out the journey and deal with ULTRAX once and for all

Vowing to bring ULTRAX down once and for all, young assassin Hanna returns to the fold with a plan, and with would-be nemesis-turned-substitute mother Marissa operating in the shadows to help her foil ULTRAX's assassination missions whilst disappearing the targets and avoiding giving the game away. But when new management comes to ULTRAX, Marissa is forced to confront some old demons, and when Hanna starts to get too close to one of the targets, things get even more complicated.

Hanna continues to impress on Amazon in 4K Ultra HD with HDR, even if they still shun both Dolby Vision and Atmos, with a strong and largely consistent video quality that promotes some excellent landscape shots courtesy of the Czech Republic. Black levels are rich and deep, and although Amazon doesn't have anywhere near the same bitrate of the likes of Disney and - in particular - Apple - the image is generally very good indeed.

The series itself faltered a little at its outset, possibly in slavishly sticking to the original movie narrative, but star Esme Creed-Miles made for a strong Hanna, ably supported by the likes of Joel Kinnaman and Mireille Enos, and when the show started to diverge from the familiar, it proved itself solid enough to want to know where things would go, leading to an eventful Season 2 that was considerably better and explored the multiple 'Hannas' that the ULTRAX program was grooming for assassination missions. Perhaps somewhat more surprisingly, that second season ended on a cliffhanger, with a shorter third season presumably already planned to round out the journey and deal with ULTRAX once and for all.

... it's nice they gave it an ending, gifting newcomers the promise that they don't have to embark on this journey without knowing it's going to be resolved in a satisfactory fashion

Short but sweet - and with arguably much less territory to cover than, say, the final season of The Expanse - Hanna manages to do a lot with its final season, slickly turning the tables on the black ops organisation in the early stages of the season arc, before landing us with a relentless and unforgiving Ray Liotta to put a stop to any further dissent. Liotta - who was on cartoon form in The Many Saints of Newark, for good and (mostly) for bad - is excellent here, a really committed antagonist with a personal stake in the proceedings, determined to set the ULTRAX program back on course no matter what. Miles and Enos continue to do impressive work at the reins, although the former - now playing a 20 year old character commensurate to her own age - doesn't always feel like a peak-of-prime-condition assassin, and still looks like the child killer she was born as.

There are plenty of twists, turns and revelations in store, betrayals and deaths galore, and Hanna rounds out all of the possible open endings in satisfactory fashion, reaching a natural conclusion with its tale, and doing so with equal focus on character development and action - although almost to a fault in respect of the latter as, again, occasionally you want to see Hanna on full Nikita form, rather than just dealing death in fits and starts. Still, it's nice they gave it an ending, and a decent one at that, gifting newcomers the promise that they don't have to embark on this journey without knowing it's going to be resolved in a satisfactory fashion. And, these days, that's pretty good news for new TV shows.