You want a revolution? Disney’s Hamilton is a revelation for theatre 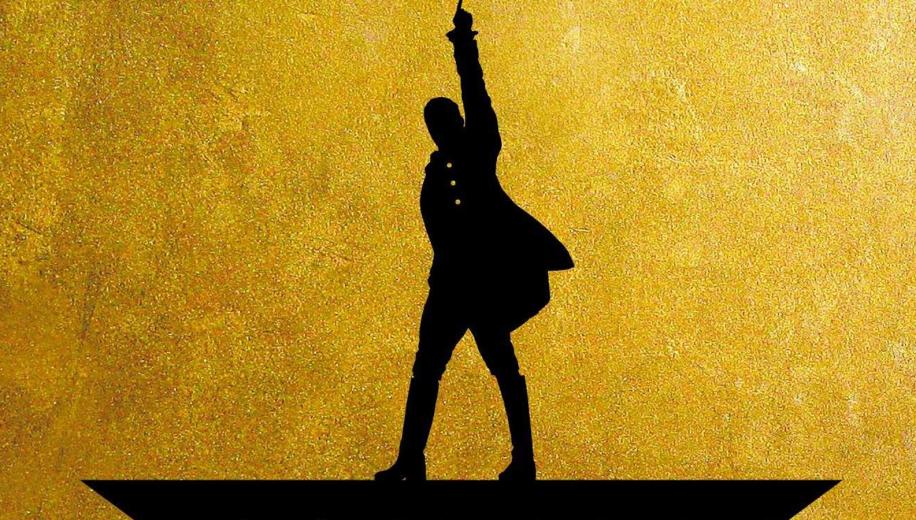 Symbolically released on Disney Plus for America’s Independence Day, Hamilton is an exquisite documentation of the stage show that loses nothing of the thrill of live theatre in its adaptation.

There have been few cultural smash hits bigger than Hamilton. The musical adaptation of Ron Chernow’s biography of one of America’s Founding Fathers premiered in early 2015 and went on to become unquestionably the biggest modern hit on Broadway. The show – created by, written by and originally starring Lin-Manuel Miranda – chronicles the life of Alexander Hamilton, an immigrant from the Caribbean who went on to establish the American banking system and many of the tenets of the United States. It’s a musical about a politician who died over 200 years ago. It’s also characterised by it’s heavy use of rap, references to classic hip hop songs and casting of actors of colour. It’s not your average musical.

There are surely not many out there who’ve managed to avoid hearing even the mention of Hamilton, even if they’ve never had the fortune of seeing the show or listening to its award-winning soundtrack. It became the hottest ticket in town (in New York and in London, where it premiered in late 2017. It’s mentioned in sitcoms, it’s discussed on talk shows, and the stars of the original Broadway cast have become celebrities themselves, with many – particularly Miranda, Daveed Diggs, Anthony Ramos and Leslie Odom Jr – now frequently appearing in films and on TV.

The nature of live theatre is, by and large, fleeting. The original cast might only perform in the show for a few months, before heading off for pastures new. This was the case with Hamilton; by the time much of the world heard about the show and started avidly listening to the soundtrack, many of the stars had left for new gigs. Miranda did announce that the original cast had committed a performance to film, but it was announced that its release to cinemas would be delayed until late 2021, to give as many people as possible the chance to see the show live. Enter coronavirus, stage left.

The film’s release was brought forward and bought up by Disney+ – for an eyewatering $75 million – so viewers who’ve been starved of the arts for months thanks to lockdown can experience the iconic show in their own homes.

Since you can’t visit the theatre right now, this is being talked about as “the next best thing”, but it’s arguably much, much better

The film was directed by Thomas Kail, also the show’s director, and filmed by cinematographer Declan Quinn in front of a sold out crowd at the Richard Rogers Theater in 2016. It’s a truly wonderful watch even if you’re not a die-hard Hamilton fan or even keen on musicals at all. And if that’s the case, bear in mind – it’s not your average musical. The main characters, largely portrayed by Black and Latino actors, communicate in fast-paced rap, lively pop numbers, sultry R&B and contemporary ballads. The choreography is modern and dynamic, the stage design fittingly revolutionary. The lyrics, and the speed with which they’re delivered, are as ingenious as you’ve heard, and close-ups and establishing shots make them even easier to appreciate.

Miranda is the inspired and wired Alexander Hamilton, and we’re introduced to him by our narrator Aaron Burr (played with subtle smarm and heart-breaking perfection by Odom Jr). Immediately it’s clear this is a new vision of American history – gone are the stale powdered wigs and pale colour schemes we might have been conditioned to expect; Hamilton’s world is one of idealistic people of colour, a bold aesthetic and cultural influences from around the world. It may be a cliché, but there’s something for all different tastes in Hamilton: musical fans can watch one of the most iconic productions of recent times; film fans can see Miranda and his cast in the roles that launched them to superstardom; history buffs can marvel at the ways real US history is used for plot; music fans can enjoy the way different styles are earmarked for different characters and chuckle knowingly when iconic lines from rap history are repurposed (if you don’t know, now you know).

Then there’s Jonathan Groff’s hilarious turn as the villainous King George, whose interludes are testament to the ingenious ways Miranda uses musical styles to denote political points and cultural touchstones. There’s a story told through every musical choice in the show – from lyrical tributes to iconic songs and artists to whole stylistic motifs used to convey mood and character motivation. It’s not your average musical.

In choosing to live-record real performances faithfully, rather than stage a made-for-TV version, Kail and Miranda have captured the magic of the stage show. Whether you’re one of the lucky few able to have seen the show live pre-lockdown, have always longed for tickets, or have never heard anything about the show before, Hamilton is a masterpiece that is like nothing else available to stream. It would be an ideal first introduction to the world of theatre for youngsters – in fact, in order to comply with regulations, Miranda agreed to cut a few expletives from the lyrics so it’s mostly PG-friendly – and a welcome reminder of the magic of the arts for those sorely missing them.

It's worth the hype

Since you can’t visit the theatre right now, this is being talked about as “the next best thing”, but it’s arguably much, much better. For a start, you don’t have to keep standing up to let latecomers squeeze past your knees for their seat in the middle of the row. There’s no craning of the neck to see over the inexplicably tall person sat in front of you, because the show is shot from multiple different vantage points around the theatre and makes liberal use of close-ups and even backstage angles for an experience you’d never be able to get live.

The breath-taking opening number showcases this in all its glory. The entire ensemble cast takes to the stage, and our privileged position means we’re swept across the stage, right into the faces of the main cast and then further out so we can take in the whole scene. We can fully appreciate the nuanced choreography and see the glint in Hamilton’s eyes and the anguish on Burr’s face as he admits he’s the “damn fool who shot him”. While being there live might offer an electric atmosphere a little different to your overly familiar living room, the performance film reveals more detail than a live viewing from even the best seats in the house could.

This is a whole new way of spectating art. It’s not a polished, sterilised movie experience, though it’s just as beautifully lit and has just as much technique. You don’t have the limited views or cramped spaces of the theatre, though you get to hear the gasps and laughs of the crowd and notice things like the actors’ microphones that remind you this was a live performance.

There are, of course, some imperfections from a purely aesthetic point of view – like the occasional spot glare of the spotlights on the cast’s faces – but this is a hybrid experience combining the unpredictability of live performance with the comfort of on demand viewership, the best of both worlds. It brings the catchy songs, cuttingly clever lyrics, educational history and honestly moving performances right to your living room, without you missing a beat, shot or movement.

The show, filmed live and then streamed into people’s homes on demand, most certainly doesn’t throw away its shot (you knew that was coming) at creating a new way for people, many of whom might normally be priced out of theatre trips, to take part in the arts. It’s not your average musical. It’s worth the hype.