Can the Master Chief Collection kickstart the One fightback? 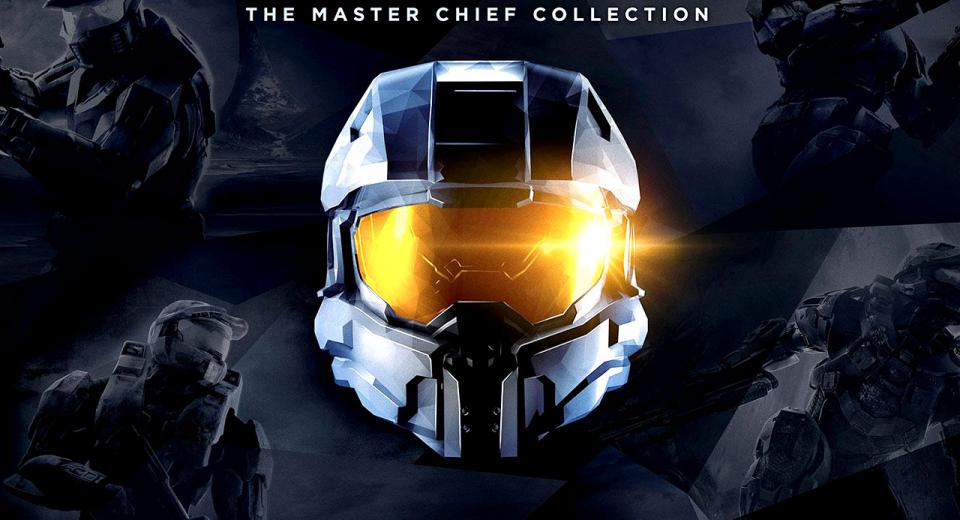 With the game in what appears to be a state of flux, this review will evolve along with it, updating as our experience progresses and when new content is added, an overall score (including the "Rundown" section below) will be applied once we feel our opinion has sufficiently formed to come to a meaningful conclusion.

After 7 days of play

If there is one franchise that defines the Xbox it's Halo. Since the beginning of the Xbox brand, Halo has been pushing Microsoft's console into the hands of its eager customers. I remember being one of them on day one, standing in line with several friends to each blow far too much of our student loan on a new console with a copy of the game. Stopping by our trusty Maplin on the way home to buy a ridiculous amount of Ethernet cable to make super long system link cables which were left permanently dangling between the windows of our student accommodation; allowing us to play competitive multiplayer against each other for hours on end.

It's memories like that - and the subsequent experiences of hours on Xbox Live with Halo 2, and days spent playing the co-op on Legendary hunting for skulls in Halo 3 - which have cemented the series at the core of several generations for millions of gamers. So, when faced with a fledgling console which somewhat flopped out of the nest, there was only ever really one place Microsoft would turn to to help them regain momentum. If there is one franchise that defines the Xbox it's Halo.
In a generation which has so far been populated with a high concentration of (often questionable) remakes and re-releases, Halo: The Master Chief Collection is a surprisingly comprehensive package which is actually good value for money. Including all four chapters of Master Chief Petty Officer John-117's story; namely Halos 1-4, with the first two games receiving the anniversary treatment comprising of visual and audio upgrades while sitting alongside the original releases in all their jaggy glory.

Multi-player should (more on this later) give the ability to play Combat Evolved online for the first time, resurrect Halo 2's online community since the dismantling of Xbox Live for the original Xbox, and compile it alongside the multiplayer elements from the 360 era of releases. On top of all that, there is a wealth of behind the scenes material, Halo: Nightfall (the Ridley Scott produced TV series) and access to the Halo 5 multiplayer beta that promises to sneak in just before new year. Including all four chapters of Master Chief Petty Officer John-117's story
For now though there are four fantastic campaigns to relive, with some excellent features to make the journey even more enjoyable the second time around. Achievements are everywhere, if that floats your boat, Halo 2 has received some impressive retouching with the Blur produced cut-scenes truly bringing to life the universe in an unprecedented manner. An impressive over-arching menu system brings together all four games in savvy style, allowing for unique progress throughout the campaigns, playlists where you can string together levels of different types, such as all the vehicle missions, all the encounters with the Flood (why!?) or simply just back-to-back all 47 missions, just because you can. It's a fantastic way to have all of the Halo game in one place, and allows you to wrestle all of the content into an enjoyable form. Multiplayer should, in theory, offer a similar experience.

As is customary with seemingly every major release of this online focused title generation though, Microsoft's flagship offering is suffering from numerous connectivity issues, with matchmaking taking an extraordinary long time to set-up games ,and providing frequent disconnects for those lucky enough to be graced with the ability to participate in an online match-up.

7 days out from release and Bungie are still working on a patch to resolve the issues. A content update, scheduled for Wednesday the 19th, has been pushed back to later in the week to allow for "additional fixes, as well as the completion of the testing and certification process.". As such the online portion of the collection, which for some is a significant reason to pick up the package in the first place, cannot currently be considered a functional or relevant part of the product. Your move Microsoft.

With the anticipated patch to put an end to 343’s multiplayer woes just on the horizon, I took it upon myself to reacquaint myself with the Halo series. It reinforced something I always knew to be true, good games remain good. Time may be cruel when it comes to videogames, with once jaw-dropping visuals quickly turning into low resolution laughing stocks within a couple of years of release, but good gameplay and stories stand up regardless.

The audio/visual upgrade of the first two titles does more than enough to disguise their low fidelity heritage, and simply allows you to enjoy the elements of their design. Returning to these titles highlights how stale many of today's first person shooters have become, the steady sprint-less run forcing you to move deliberately, balancing energy weapons which deplete shields against conventional guns that deliver powerful headshots, and the clever mix of varied enemies whose intelligence actually increased at high difficulties is a well concocted mix of features that, even today, we still rarely see in new releases. With 3 of these campaigns to work through (sorry 343, just keepin' it real) it certainly has softened the blow of the frustrating multiplayer issues which still make matchmaking a rarely successful chore. Halo: Nightfall provides another distraction, but is still confusingly being dripped out in weekly morsels, a fact that had somehow passed me by prior to release. I had assumed Nightfall would be delivered a la House of Cards or Orange Is The New Black, and present similar binge watching potential; instead, the series is released like we’re still living in 2001.

So far Nightfall follows in the footsteps of the previous mini series Forward Unto Dawn, weaving a new set of characters into the familiar universe in a competent - if slightly generic - style. Promising to connect Halo 4 with Halo 5: Guardians it remains to seen how significant the series will become. The Master Chief Collection continues to tease me with its promise of bountiful content, yet 10 days out and we’re still waiting...

As a Halo fan this has been an excruciating two weeks. from the high of the pre release reveals showing off the spectacular remastered footage of Halo 2; with Blur's stand out cut scene work imagining the universe better than I could have hoped and the classic maps from the series' multiplayer heyday given new life, to the slowly deflating lows of post release which has been plagued by ongoing matchmaking and even some single player issues.

Each day has been the same ritual, boot up The Master Chief Collection, perhaps download another patch, try multiplayer and invariably experience any number of issues including long waiting times, uneven teams and frequent disconnects and then fall back into the solace of single player. The stark reality of the situation was bought into full view within an update from the Head of 343 Industries, Bonnie Ross, wherein she offers a personal apology and promises to "make good" with all the Halo fans. Among all this was one line that rang out particularly clearly for me. "We are planning multiple server-side tweaks and game content updates over the coming weeks."
Weeks. Not hours, not days, Weeks. In that moment, the true promise of the Master Chief Collection died. This review was never going to be about how well the various games included in the package played or looked, as good as those elements are, this collection was meant to be more than that. This could have a been a tribute and resurrection all at once. Across the internet people were ready and willing to play Halo again, this was the perfect excuse to return and reignite a community left stagnant after years of erosion from Call of Duty, Battlefield and everything else that came after it. In the world of gaming, especially the genre of First Person Shooters you only get one shot.

After two weeks of waiting, in a release window which has a plethora of options which are both functional and entirely less frustrating, people are simply moving on, the opportunity to hook people back into the multiplayer loop has faded away. Which unfortunately seems to be the legacy this release has created. My favourite quote of the Halo series seems more appropriate than ever... As a Halo fan I am still glad I own it, at the very least it archives one of my favourite franchises in updated form on my new console, a treat I will continue to pick through at my leisure and enjoy for years to come. In time perhaps multiplayer will enter a usable state, no doubt with a core community keeping it alive; Halo 2's perpetual P2P matches remaining alive weeks after the shut-down of the original Xbox Live servers was proof enough the series will survive. The Master Chief Collection however promised more than just survival, it promised revival.

Unfortunately The Master Chief Collection is still missing in action.