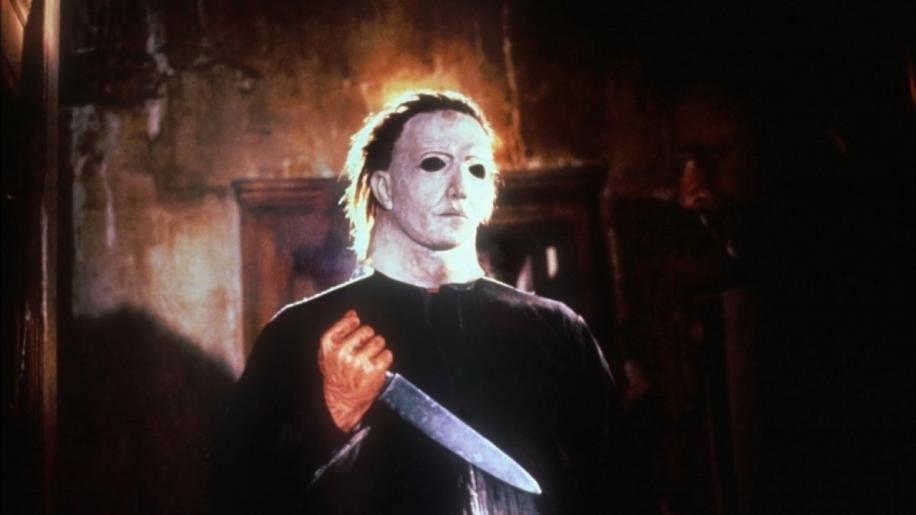 Arguably the movie that started off the slasher genre, Halloween is John Carpenter's finest hour, and along with The Thing this is far better than anything else Carpenter has output in the last 20 years. Indeed, for whilst Halloween is 25 years old it still remains potent even today, and puts many so-called teen slashers to shame.

Essentially this is a simple tale. The movie opens with an introduction to Michael Myers, who as a child stabs his sister to death with a kitchen knife. Fast forward several years, and we meet Laurie Strode (Jamie Lee Curtis), a nerdy student by day and baby sitter by night (can you say “victim”?). Cue a dark night and a storm, and the grown-up Myers manages to escape the mental health institution where he's imprisoned, evading Dr Sam Loomis (Donald Pleasance) in the process. So commences the hunt for him as he dons the now-famous mask, and begins to stalk Laurie on none other than Halloween itself....I've mentioned that Halloween is potent, and indeed it still packs a punch today. With a distinctive, creepy musical score, the tension rises slowly as Myers stalks his prey in the leafy American suburbs, and whilst it takes time for the action to move along, when it does and Laurie's friends begin to die you're guaranteed to be on the edge of your seat.

If you've never seen this before then many of the scenes will have echoes of familiarity about them and most of the shocks can be seen coming a mile off, but even so you need to remember this is the movie that started it all. As such, this is a recommended watch, and worth a revisit. Atmospheric, with good camera work and effects despite the low-budget origins, this is strongly directed and heavy on the scares. Recommended.