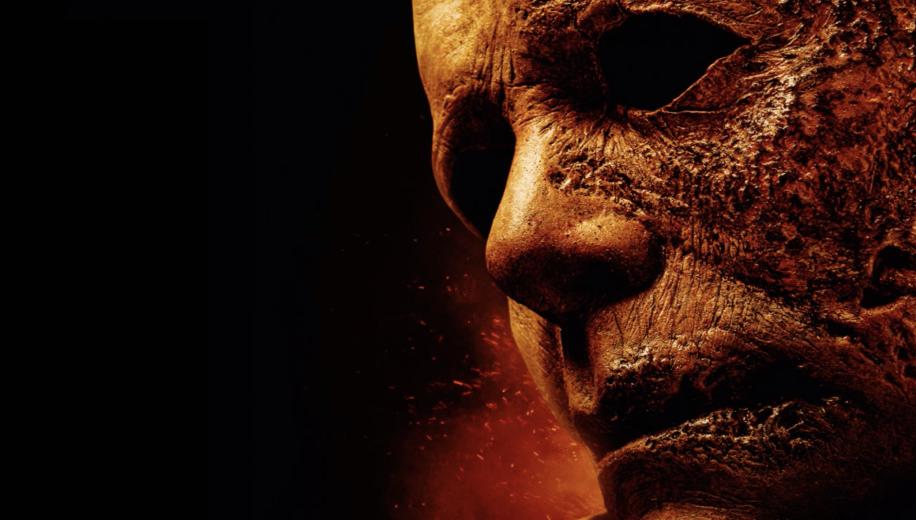 After 2018's surprisingly effective direct sequel to Carpenter's original 1978 classic, director David Gordon Green doubles down on the death count for Kills but is he just treading water until 2022's Halloween Ends?

Horror's answer to John Wick returns for another bout of indestructible mayhem, just in time for the seasonal celebration the franchise takes its name from. Halloween Kills follows on immediately after the events of the 2018 sequel whilst also tracking back in time to bring in some wider Haddonfield lore as the town rally together in an attempt to finally put an end to the unstoppable Michael Myers, clearly all blissfully unaware of the director's intentions to leave the real conclusions for next year's sequel. Originally intended to have been shot back-to-back with 2018's Halloween, it's now a part of a larger trilogy, with Box Office success attracting rumours that maybe even "Ends" won't be... the end.

Whilst Laurie and the other survivors from the latest killing spree of Myers are rushed to hospital to recover, the supposedly dead serial killer once again escapes (watch the trailer if you want to see, blow by blow, exactly how) and goes on a rampage, but this time the town - haunted by decades of history and trauma - decide that they will have to fight back. As mob mentality takes over, old survivors have to confront their demons to figure out a way to end the nightmare.

Halloween Kills doesn't have quite the narrative strengths of its predecessor, which took its time developing organic connections to the original classic, jettisoning the dead weight of nine mostly redundant sequels and giving us a direct sequel - forty years on - which was almost as effective in its construction and delivery as the likes of Blade Runner 2049 and Doctor Sleep, taking everything that was great about the original and building upon it, without merely regurgitating the same formula.

Kills suffers from the same issue that a larger number of middle entries do (Empire Strikes Back notwithstanding), namely being forced to spin its wheels somewhat in an effort to get to next year's Halloween Ends. And it's not like this is the Matrix Reloaded, which suffered similar issues maintaining momentum to its final chapter, but could at least - for good and bad - invest in the world-building mythology, Halloween has always essentially boiled down to stopping an unstoppable serial killer and, if that's not really on the cards, what more do you have to offer?

Ironically, where writer/director David Gordon Green succeeds is in building up the mythology, throwing in some surprisingly welcome flashbacks to the history of Will Patton's deputy, and his first encounter with Myers forty years prior. The younger cast chosen for these roles (and one particularly great lookalike cameo) do a stand-up job of adding to the '78 story without taking anything away, and they're almost worth the price of admission alone, whilst some of the older '78 original cast members return, refreshingly, for one last bite at the cherry, offering wonderful fan service in the process.

Green builds an authentic picture of an entire town that has been terrorised for decades, although it's here where he also starts to slip up, padding out the runtime with a tired depiction of mob mentality gone wrong (when does it ever go right in the movies?), allowing this to unnecessarily shift the focus whilst Myers wanders around doing his thing, pleasing nominally in that he maintains a trend for innovative kills (likely there's some advertent anti-NRA commentary in some of the ways he deals with people wielding firearms against him, but mostly it just plays out as extremely satisfying).

... Kills is ultimately thin on scares, relentlessly predictable, and savagely neutered by its placement as a middle chapter in this kind of franchise

What is telling is that, whilst Kills gives the opportunity for Judi Greer's Strode daughter and Andi Matichak's granddaughter to get in on the action, a little moreso than in the last chapter, it also benches series mainstay Laurie herself, with Jamie Lee Curtis often left to narrate from a hospital bed, rambling about Myers' preternatural abilities and teasing the idea that her life and that of Myers may be intrinsically linked - certainly in terms of the movie franchise, contractually that feels like where we're heading.

Unfortunately, this will be another disappointment for fans hoping to see more from the hardened elder Laurie who finally had the opportunity to go full Sarah Connor and really turn the tables on her nemesis in 2018, but here is forced - largely by admittedly bad wounds from their last encounter - to sit it out. Indeed, it almost feels like the script was torn over what to do with her character, at one point jacking her up to leave her hospital bed for one last go-around, only to abandon that idea almost immediately.

Green ends on a strong note, going full Wick for the finale, and undoubtedly 2022's Halloween Ends will be one to still watch out for, but Kills is ultimately thin on scares, relentlessly predictable, and savagely neutered by its placement as a middle chapter in this kind of franchise, delivering on colourful deaths and some nice world-building, but still feeling like that could have all been just as easily included at the start of the final chapter, without keeping us waiting around for another year just to milk this cow dry.

Fans of the last instalment will enjoy seeing the story continue, which is done so seamlessly that they feel like they were shot back-to-back, will enjoy the flashbacks, and will get the usual kick out of Michael Myers doing his thing, even if that sense of treading water will likely lessen the impact of this anticipated follow-up.

Halloween Kills is out 15th October in UK Cinemas