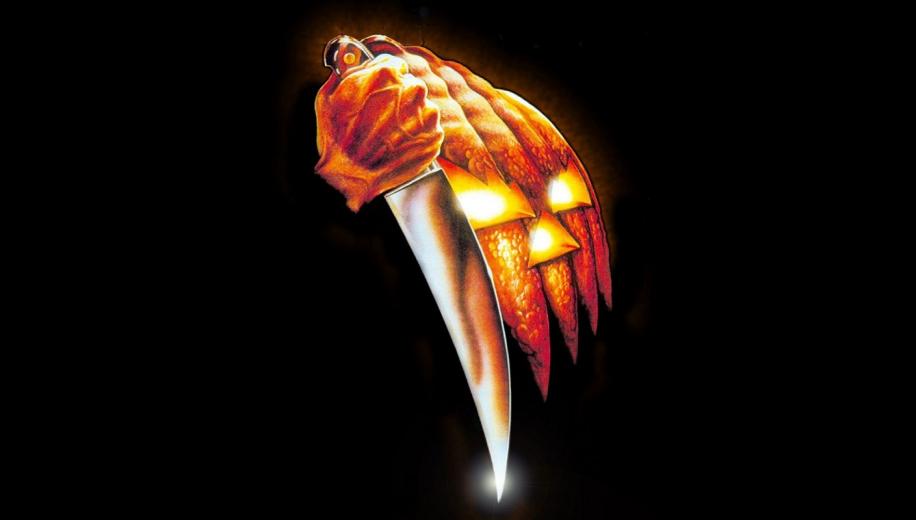 Halloween comes to 4K, does the all new 4K scan readdress the colour timing?

40 years. That’s how long Halloween has been scaring us. And it’s little wonder why; the construction of the film is textbook. It builds the tension with layers of fright, ramping up the jump scares, turning the screw so that once the climax begins you are at fever pitch. The slew of copycats have never come close to the original and modern horror film making is all about the rush to the gore, in this regard Halloween stands alone and unmatched.


40 years. That’s how long Halloween has been scaring us.

So much has been written and discussed about the film, there is little point it me waxing lyrical about it now; surely everyone know about it? Indeed it has been represented in the home on every conceivable format; sometimes very controversially. Special editions, Collectors editions, 2, 3 and 15 (!) disc box sets exist, so what can one more do to tempt you once more? For that you need to see the picture; for I’ll wager, you’ve never seen it look quite like it has in this UHD edition! Halloween was shot using Panavision Panaflex on 35mm film (and a miniscule budget!) and has recently been scanned at 4K resolution which has been used here for this Ultra HD Blu-ray release. The disc presents a native 4K 3840 x 2160p resolution image in the widescreen 2.35:1 aspect ratio, and uses 10-bit video depth, a Wider Colour Gamut (WCG), High Dynamic Range, and is encoded using the HEVC (H.265) codec for both HDR10 and Dolby Vision. We reviewed the Region free UK Ultra HD Blu-ray release of Halloween on a Panasonic 65DX902B Ultra HD 4K TV with a Panasonic DMP-UB400 Ultra HD Blu-ray player.


The Halloween picture has had some controversy over the years

I think it’s fair to say that the Halloween picture has had some controversy over the years (re-colour timing etc.) and this scan improves upon the 35th Anniversary image, itself an attempted to re-adjust the balance, by bringing the image back to its original intent. The native 4K picture is awash with detail; skin texture and clothing weave are obvious enhancements, but so too are domestic coverings (wall paper, carpets, plants, the on light of the TV etc.). Streets, house fronts, trees, the shipped-in leaves, all hold keener edges that previously available, and previous releases have been tremendous in detail. (Any softness seen is due to the filming process and lenses used, it should be there.)

This, in part, is due to the higher resolution, but also to the HDR and WCG which together add a depth to the picture not seen before. Colours, the most controversial of previous alterations, have been toned down, restoring the blue hues and removing the hotter colours; it now looks far closer to the original and supposedly has Dean Cundey’s and John Carpenter’s seal of approval. Flesh tones are cooler but still retain a natural hue. Greens and reds are also cooler. Blues have been brought out, so that at night the image is sharp!

Blacks are intense, indeed this is probably the darkest the picture has ever been, but because of the dynamic range there is plenty going in on in the shadows. Whites are terrific, bringing out edges and highlights previously unseen, check out the lightning flash at the beginning, or the candle lights in the jack-o'-lanterns or the moonlight in Loomis' eyes.

Digitally there are no issues, the source is clean and it retains the grain sheen without it falling into noisy territory, remarkable considering the original budgetary constraints and film stock. Readdressing the picture should appease all the diehard fans; it has simply never looked better. Unfortunately the disc has not been up-graded to the immersive surround tracks, so no Dolby Atmos or DTS-X, what we do have is the same Dolby TrueHD 7.1 track that adorned previous releases. What is also missing is the original mono mix, but rather the down-mixed mono, again, previously available. (The only way to get the original mono is to get the ScreamFactory! 15 disc box-set. Which I have .... amongst other copies .…)

The surround track is no slouch though, adding an open expanse to the field, but retaining the ominous silences that that make this track so creepy. Effects are limited by effective, the surround being used to add ambience and fill out the creep factor. That awesome score utilises all the speakers as well. Bass is strong and deep, used to fill out the low end well, LF effects are, again, somewhat limited, but the stingers are good, as are the thumps of knife in flesh, or thunder claps. Dialogue is clear and precise, and always audible.

All the extras have been all previously available and are on the UHD as well as the included Blu-ray.

Audio Commentary - With John Carpenter and Jamie Lee Curtis who chat amiably about the production, both technical and anecdotal in what is a very enjoyable listen.
The Night She Came Home!! – Wonderful feature following Jamie Lee Curtis as she attends a Halloween convention as the star attraction.
On Location: 25 Years Later – Looking back at the filming locations.
TV Version Footage
Trailer
TV Spots
Radio Spots
Blu-ray - 35th Year Anniversary edition, previously from Anchor Bay
5 Art Cards - Featuing images from the film

The set from Lionsgate is great; the new native 4K picture restores the cool look of the original image, is detailed, well coloured, very dark with excellent highlights, in short it’s never looked better and will unlikely never look any better than it does here. The sound is the previously available Dolby TrueHD 7.1 track, but that is no slouch being well layered and making good use of the surround environment and bass. Extras have all been seen before, but there is a good selection.