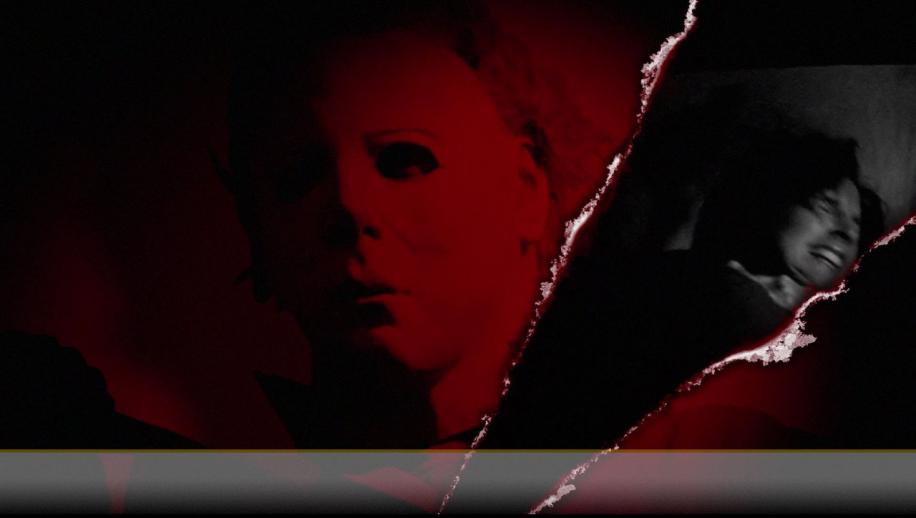 Naturally you shouldn't expect too much from these full-frame 1.33:1 discs as they do comprise transfers from TV-style and video-esque material. There is copious footage from the movies and this can vary in quality from film to film though, overall, there is very little to complain about with regards to the clips.

The main documentary is quite colourful and bright, but there is a softness to the image and some areas where edge delineation is of a lesser standard than others, but this is all down the type of medium involved. Faces look detailed - with poor old John's telling a few horror stories of its own - but there is nothing that paints this transfer out as being anything special.

The extras, such as the panel discussions, are of inferior quality - a little softer again and somewhat hazy at times - but there is still nothing to get upset about. The artwork gallery is sharp and clear and the copious clips from the films, themselves, look absolutely fine - many of them presented in widescreen. There isn't a lot asked of the transfer in the first place, so this disc is probably a fair representation, although edges can sometimes be a little lazy and colours may not always be contained that well. I did notice some pockets of noise and some slight artefacts in the image but, again, there is nothing here that detracts from the material enough to cause concern. The discs are presented with a DD 2.0 audio track that is as perfunctory and un-spectacular as you would expect from such television-style documentaries. Whilst the audio is fine and consistent throughout the main documentary, there are inevitable drops in clarity and audibility during the panel discussions that occur elsewhere on the disc. But this is hardly a reflection of the transfer, just of the microphone scenario of the panel discussions which can result in some muffled dialogue and some small degree of hiss or buzz on the recording.

Hardly tested, the audio should be fine enough for anybody. Rather than going in-depth such a plethora of extras, I'll just provide an overview of what is on offer and pick out a few interesting bits here and there.

Disc 1 gives us a 17-minute look at the locations used in the original film in Horror's Hallowed Grounds - which is quite cool - some extended interviews with luminaries from Halloweens II and III, which is sadly not quite as revealing as I would have liked, although Pamela Susan Shoop (the sexy nurse who gets drowned in a hydrotherapy tub) offers good value. There are more extended interviews with the likes of Charles Cyphers (Sheriff Brackett), Dick Warlock (The Shape), Alan Howarth (who worked with John Carpenter on the immortal score and is also the man behind the music for Halloween III), and makeup-effects personalities Greg Nicotero and Carl Buechler (both of KNB-fame), and seven minutes of on-set promo-footage from Halloween 5, which doesn't really offer much of value.

We also get more coverage of the madcap, zany fans of Myers-Mania in the Halloween 9 Contest, which offers someone the chance of appearing in the next movie. Guess who wins? No, it wasn't me ... it was that top-lifting blood-besotted bimbo that we saw earlier! The Convention Montage takes us on a trip around the sights and stalls of the convention and reveals the whole thing to be absolute geek-nirvana. The passion oozing from the punters is infectious and the shindig looks to have been a lot of fun. Why don't we get this sort of thing in Blighty? And I'm not counting the Garrison stormtroopers parading around the NEC!

But the best - and freakiest - element of this celebration is Disc 1's final piece, Fans Of Halloween, which centres around the props and memorabilia collections that some of Haddonfield's most devoted have amassed and their wacky efforts to show how they are Halloween's number-one fan. Check out the ridiculous rapper!

The reek of fan-boy drool inevitably pervades all of this stuff, but that is, essentially, the point. Nobody other than a devout fan would find anything of value with this package. Anyway, it's not over yet.

Disc 2 seems to fit in all the stuff that was too much to cram into the main documentary, coming over as a type of deleted scenes collection of panel discussions from several of the movies. For the record, we have panels for the first film, then Parts 2 and 6. Everything is excitable and happy-go-lucky and all concerned, from the participants to the rabidly enthusiastic fans throwing out the questions seem to have a great time. This is followed by an Ellie Cornell panel and fields enquiries about her involvement in Parts 5 and 6. A nice touch, though, is the Michael Myers Panel Discussion, which features the men who have worn the mask over the years of the film series, charting the killer's professional evolution. Naturally, my own particular bias towards the original two movies comes to play in this - but I was really only interested in what Dick Warlock and Jim Winburn had to say. Both of these supplied filling for the boiler suit and mask in the original, although sadly we do not get any input from the main Myers from number one, Nick Castle (who went on to direct The Last Starfighter). There is, however, a cool vibe about this particular panel with the audience strangely excited and intimidated when facing the men from behind the mask. Lasting almost half an hour, this is great stuff.

The great Dean Cundey, Carpenter's cinematographer of choice, treats us to a twenty-five minute panel of his own and reveals the delight he found at working for a director who actually saw his films as literally visual storytelling. Personable and informative, Cundey does a fine job of divulging the secrets of working with the Steadicam and how it added enormously to the atmosphere of the movie and broke traditional lensing techniques. The use of the widescreen is something that Carpenter excels at and, together, with Cundey, he has created some immensely powerful and striking imagery. Cundey's celebrated POV shots and skilful tracking are renowned for placing the viewer in the heart of the film in such a way that they actually feel that they are travelling through the movie alongside the characters. Oft-imitated and never bettered, Cundey is a delight to listen to.

Producers Irwin Yablans and Moustapha Akkad greet the punters during the last panel discussion and, although still informative, this feels a trifle soft-soaping. Hints and allowances are made, but there is nothing that revelatory to be discovered from these two. The sheer warmth and affection for the franchise and for the fans is pleasing though. Akkad sadly died shortly after this Halloween Convention and there is also a nice little epitaph for him provided by the release's producer, Anthony Masi, in the form of a printed message included in the box.

Then we get some galleries, featuring Location Stills, Behind The Scenes At The Convention and an original artwork gallery is quite interesting, mixing, as it does, slavishly detailed reproductions and stylisations of pivotal moments in the Halloween legacy with imaginatively crafted speculations. There are comical images - I like the depiction of William Shatner wrestling with Uhura on an alien planetoid - and surreal explosions of Myers'-inspired fantasy. A list of the artists is also supplied.

And then, to wrap things up, there is also a comic-book from the Halloween graphic novel series, entitled Halloween: Autopsis, which is actually quite good, although you will have to seek out the next instalment yourself.

Overall, this is an exemplary set, provided you are a big fan of the series. The sense of pride and adoration for the material is impressive enough, but the wealth of detail and anecdote on offer make for a tremendously rewarding and comprehensive look at a genuine horror phenomenon. I may not be a lover of the latter movies in the series, but I still found the panel discussions pervasive and intriguing enough to dig my copies out and re-watch them in the run-up to the Blu-ray release of the original. And, of anything, this celebration has altered my perceptions of them. Don't get me wrong, they're still trash compared to the early stuff, but having been swayed by the cultish following that Michael and the franchise has formed I can now find a lot more in their relentless efforts to prolong the series come hell or high water that is daftly enjoyable.

It is worth noting that the 4-disc exclusive version of this release coming out in the UK soon contains an extra two discs that are copies of the 25th Anniversary Edition that Anchor Bay put out a while ago, including the original film itself. To be honest though, if you are already a fan - and let's face it, if you weren't, you wouldn't have read this far - you will already own that version so, depending upon how much it is, it will probably be better to stick with just this 2-disc affair. This is excellent value for fans of the films. No stone is unturned and the panel discussions add tremendously entertaining and nostalgic insight into the movie and its cult status. Many would argue that such material would be better suited to being on a finished disc of the film itself, or a complete collection boxset. But, as convenient as that would be, I still like this amalgamation of discussions and interviews as a separate entity. The first Halloween has endured many different editions on disc already and there are more lined up, including the eagerly awaited Blu-ray release in a few weeks time (which will be comprehensively covered at a later date), so this is a fitting enough tribute to a legendary horror film and the cult franchise that it has created.

The wealth of material here is second to none and, even if John Carpenter is conspicuous by his reticence and largely absent for much of the proceedings, there is still enough nostalgia, facts and trivia to keep you entertained for hours. A surprisingly fitting tribute to cinema's premier bogeyman, for it is definitely Michael who runs this show. Recommended.