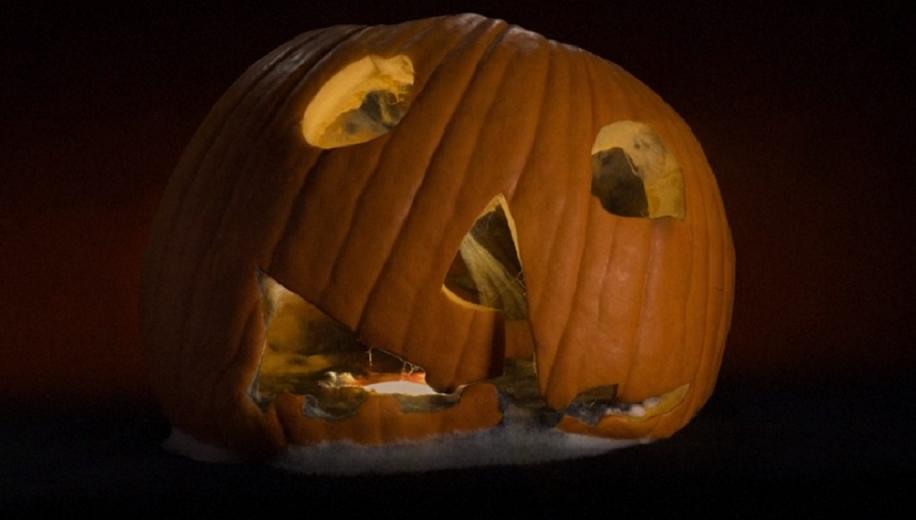 1978’s Halloween is an iconic movie, it catapulted the ‘slasher’ genre into the mainstream and set up a path for myriad copycats to follow. Of course, its success has seen a slew of sequels, reboots and remakes, 10 in total, all with varying degrees of success, some building on, others ignoring and others still building on those that ignore the previous lore from earlier films – one could count 4 distinct time lines. Instead, tonight’s feature ignores everything that has gone before, to be a standalone sequel to the original film, released 40 years later, and the result is sometimes great, sometimes contrived and sometimes silly, but always respectful.

After forty years, Michael Myers is being moved from a hospital for the criminally insane to a maximum security facility on the eve of Halloween night, he escapes and returns to Haddonfield and immediately starts killing indiscriminately. Meanwhile, the survivor of the original massacre, Laurie Strode, has spent her life wanting revenge, it has cost her family (daughter and granddaughter) and her sanity, but the preparations have not been in vein as a final showdown sees these two adversaries square off one last time.

It is fair to say that this new film is quite brutal and goes a long way in reclaiming Michael as a deranged serial killer; he has no motivation other than he wants to return to his town and resume his rampage; there is no plan and no targets. This first part of the film is wonderfully seen, ramping up the terror, the gore and the sheer animalistic nature of the killer – he is truly terrifying once more. Laurie, too, has changed, she is no longer the petrified teenager cowering in a closet, she has been preparing, arming herself, teaching herself to shoot, building a fortress against the world – but she is no Sarah Connor, rather her mind-set is that of one living in terror, she is scared for herself and her family with nothing but revenge on her mind and Lee Curtis gives a brilliantly nuanced performance to convey this.

The film also feels like Halloween, it looks like autumn, there are plenty of children out trick or treating, there is a high-school dance at which newcomer Andi Matichak excels as Laurie’s granddaughter. The film doesn’t shy away from the gore and never over explains anything; a real return to the slasher of yore. It does, however, have a couple of missteps: the contrivance of the Dr (the new Loomis) used to bring the antagonist and protagonist together, the inappropriately placed humour (cops discussing sandwiches) and the slightly ‘Home Alone’ ending, but these can be overlooked in the grand scheme of things.

I have to mention the score, which is absolutely stonking – using the original as a stepping stone, but updating it (much like the film does) means it is at once familiar but unique and pays dividends to the final product. The film also looks spectacular, it is well lit, paced and, aside from the aforementioned missteps, well scripted. It would be a fitting conclusion to the franchise if it didn’t already have a sequel pick-up. We can only hope the studio doesn’t pick up the option. Halloween was shot digitally using a combination of Arri Alexa Mini and SXT cameras with a resolution of 2.8K, but finished as a 2K DI, which has used here for this Ultra HD Blu-ray release. The disc presents an up-scaled 3840 x 2160p resolution image in the widescreen 2.39:1 aspect ratio, and uses 10-bit video depth, a Wide Colour Gamut (WCG), High Dynamic Range, and is encoded using the HEVC (H.265) codec HDR10. We reviewed the Region free UK Ultra HD Blu-ray release of Halloween on a Panasonic 65DX902B Ultra HD 4K TV with a Panasonic DMP-UB400 Ultra HD Blu-ray player.

Whilst there is an up-turn in the detail afforded by the higher resolution, it is modest, and best seen in close ups, such as skin texture and clothing weaves, indeed the Shape’s mask is horrendous close up, while set dressings (kitchen, out-house/garage, bedroom clutter) all show slightly keener edges. The filming style, homages to the 1978 film, tend to show the anamorphic blur towards the edges, but this is nothing to do with the transfer.


A clean, bright but not an exceptional upgrade

The WGC and HDR are an improvement over the Blu-ray, though, with a far richer yet more natural pallet; so that lawns and bushes are a denser green, the oranges of the pumpkins are brighter, the candles within burning hotter. The blues and reds of the streets or the police lights are far more intense while flesh tones are keen and natural.

Black level is, for the most part, terrific, when night falls it can be pitch, pierced only by torches or car headlights, hiding some decent shadow detail when required; this adds a strong sense of depth to the image. The climax inside the house can grey a little, which is unfortunate, but it’s not much to worry about as the claustrophobic nature is not lost. The white end of the scale is excellent, with highlights being a delight (I already spoke of the torches, car headlights and candles).

Digitally, there are no issues and the original source is pristine. In all, a fine image that gains its mark on being clean and bright, but not an exceptional upgrade. The English DTS: X MA has a robust surround field that, whilst engaging and entertaining, doesn’t really make full use of the available channels as one might expect. Dialogue is natural sounding, focused to the frontal array and given a little directionality when required (kids ‘trick or treating’ on the street for example). Effects are well handled and are well represented left to right, cars, Michael walking and the sound following him etc, though front to back is limited. Likewise, while the overhead channels are used to fill out ambient effects, stand out moments are few and far between (Michael ripping open the hiding cover at the climax for example).

The score, however, is standout for making full use of the surround environment: it adds a tangible sense of atmosphere; the stingers bounce between the speakers with ease, while that iconic theme, whist updated, is heart stoppingly good. Bass is ok, and used to fill out much of the score, and some of the effects, but not to the extent you might expect, gunshots for example seem a tad weak, though engines and stabbings do have a satisfying thump. In all, a well realised track that is atmospheric but, like the picture, doesn’t quite have that sparkle for a top score. In an unusual move all the extras can be found on the UHD making the included Blu-ray redundant.

Deleted/Extended Scenes – Eight scenes at 12 minutes presumably removed for pacing, titled: Shooting Range, Suicide Thoughts, Shower Mask Visit, Jog to a Hanging Dog, Allyson and Friends at School, Cameron and Cops Don't Mix, Deluxe Banh Mi Cops and Sartain and Hawkins Ride Along.
Back in Haddonfield: Making Halloween – Ridiculously short 6 minute feature on this new interpretation of the original film, covers characters new and old, and updating for a new audience.
The Original Scream Queen – Short 2 minutes on how Jamie Lee Curtis' character has changed in the intervening years before devolving into back slapping.
The Sound of Fear - Painfully short 3 minutes on the awesome new score.
Journey of the Mask – Brief 2 minute look at the iconic mask and its updated new look.
The Legacy of Halloween – Four minute chat with Jamie Lee Curtis, John Carpenter, David Gordon Green and Jason Blum as they briefly chat about the making the film, the original film, Laurie’s updated character, themes and audience appreciation. Halloween (2018) ignores everything that has come before, to be a standalone sequel to the 1978 original film. Michael Myers once again escapes to wreak havoc on Haddonfield, killing indiscriminately until he encounters Laurie Strode, where a final showdown sees these two adversaries square off one last time. The film reinvents Michael as a deranged and brutal killer, while Laurie’s quest for revenge has driven away her family and her sanity. A cleverly put together film with plenty of references to the original, awesome music with only a couple of missteps that can be forgiven in the grand scheme of things.

As a 4K UHD, the package from Universal is pretty good; the up-scaled picture might only have modest improvements in terms of detail, but more than makes up for it with WGC and HDR to give an image which improves upon the Blu-ray. The DTS: X surround track is organic and well detailed even if the effects are rather kept all on one plane, with the overhead channels being used somewhat sparingly to enhance the surround field. Bass is good, but limited, while the score comes across with gusto. The extra features are very slim pickings, though, adding little value.