Half Past Dead Movie Review 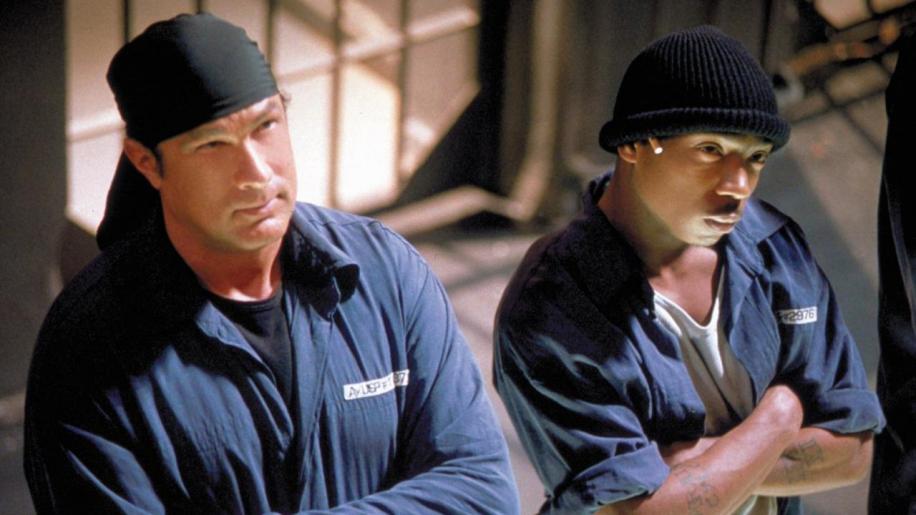 With the success of the latest Rambo instalment, Arnie's last stand in Terminator 3 and the superior Live Free or Die Hard, ageing 80s action heroes clearly do well when coming full-circle in their film careers. It is a fitting tribute to fans to see them return to what they do best - what they are arguably most famous for. There are, of course, those who survived the advent of the 21st Century action hero less well - with the ability to make the likes of Keanu 'Matrix' Reeves and Matt 'Bourne' Damon into the action masters of the future, and even propel the dinky Tom Cruise into a Mission Impossible action superstar, why would you need old school thugs like Van Damme and Dolph Lundgren? Why try and inject a martial artist with some acting talent and charisma, when you can take someone who is already super-popular and make them look like they truly can kick ass?

Steven Seagal is a 7th Dan Aikido master, a highly unusual martial art to see on display in a movie. In the late eighties and early nineties it provided a unique angle on the action thuggery that the genre's patrons were most famous for - Arnie ostensibly just a body-builder, Van Damme with his high-kicks and Sly? Well, I guess he could box. Seagal's art involved reaction more than action, which held strange potency on-screen. Seeing him take on a room-full of machete and baseball bat-wielding thugs using hand-to-hand combat was breathtaking. He would almost dodge and deflect attacks, twisting and flipping his opponents using their own momentum - all with lightning-fast moves that nobody had ever seen before. Throw in some Kendo swordplay and some Kali knife fighting and Seagal produced some of the - then - most memorable martial arts fight scenes to hit mainstream. After sixteen years and sixteen movies it became clear that there was little room for the broad 6ft 4 action star in Hollywood, for all of the aforementioned reasons. His limited acting abilities and massively clichéd roles (he always played slight variations on the same character) left place for him, especially when his martial arts skills could be imitated better through decent choreography, and using younger, more popular actors.

In the six years since his last theatrical bow he has made twice just as many movies as he did before he went straight-to-DVD, and they have all been pretty bad, the exceptions' distinguished only by being watchable - at best. For the sake of his fans I hope that he puts an end to bad DVD-only releases, with bad dubbing and obvious stunt-doubles, even if it means jacking it all in to do one last, decent movie - perhaps Under Siege 3? But in the meantime, all they can hope to do is go back over his back catalogue of theatrical releases and hope that a few of them might still stand the test of time. The last movie he did which reached the Big Screen was Half Past Dead which, at the time, must have disappointed his fans as being the only PG-13 film he has done. Looking back, however, perhaps it was just a lesser effort at the tail end of the best part of his career.

Alcatraz has been reopened, complete with a brand new state-of-the-art execution system that offers up multiple methods of bringing death. For its inaugural execution, a visiting Senator and a High Court Judge are there to watch the proceedings, the death row inmate special not only because he will be the first to be killed there but also because he holds secret the location of a 200-million dollar stash of gold, stolen in a train robbery. With only a few hours left to live, it seems that he will take the knowledge to his grave, but a gang of hi-tech mercenaries have other plans. Calling themselves the 49ers, they storm Alcatraz, hoping to find the location of the gold bullion. The prisoners, however, have a different agenda and, led by the mysterious new inmate Sasha Petrosevitch (Seagal) and his old partner-in-crime Nick Frazier (Ja Rule), they rally together to put an end to the siege.

If Under Siege - arguably the pinnacle of Seagal's career - was a thoroughly enjoyable Die Hard variant (Die Hard on a Boat), then Half Past Dead is two steps removed from Die Hard, Under Siege in a Prison. I know The Rock pretty-much did that both first and better (even if Half Past Dead was written ten years earlier), but it is still quite different and, annoyingly, actually quite enjoyable. Whilst the story might be familiar, the hi-tech Alcatraz setting is unusual, and although both the script and action offer nothing new, they have enough fun and put enough effort in to make it quite a rewarding watch. And I say 'annoyingly' because this movie was an exercise in what not to do to a potentially decent Seagal pitch - for starters, don't make it PG-13. Why would you put a leash on the fast-moving bone-breaking that this martial arts master is famous for? Secondly, don't pair him with a hip-hop star just to make him more hip - Ja Rule may not be quite as pretentious as DMX, but he is still an irritating little man. Thirdly, well you could go on forever. Diluting an Under Siege variant, but hoping to still pad it out with style to substitute for even less substance, was a bad decision, and marked the final nail in Seagal's cinematic coffin. What a shame, what a shame.

Seagal himself has proven that he is capable of breadth to his acting. I'm not saying that many of his action brethren from the same era offer different, but Snipes' work with Spike Lee was admirable and even Van Damme showed some acting chops in a recent DTV release, Wake of Death. Seagal has always - seemingly - just been himself. That said, he is not without a certain charisma which is capable of engaging audiences. Moments of levity between him and Ja Rule in the movie actually seem quite genuine, and it's in these little touches that he shows his best side. Ja Rule, on the other hand, puts in one of the worst performances I have seen by any actor. Although I still despise the woodenness of new 'talent' like Orlando Bloom and Hayden Christensen, Ja Rule is like an annoyingly little man who sounds like he has been kicked in the gut and is rehearsing for a school play. His emphasis is totally random, pitching lines with fake substance and coming across as one of the big sources of unintentional comedy within the production (note the early scene where the Seagal and Ja Rule characters discuss how long they have known one another - after being told by Seagal that it's two-and-a-half years, Rule then proceeds to take a moment as if ruminating over some great philosophical quandary, repeating the 'two, two and a half years' line with such undue emphasis that you wonder whether this is the verbal equivalent of unnecessary slow-mo) Morris Chestnut pops up as the villain of the piece, an unusual bit of casting if only because he starred as one of Seagal's helpers in the earlier Under Siege 2. He's neither menacing or noteworthy as Seagal's opponent, but puts in just enough not to detract from any enjoyment you might find in this flimsy but fun affair.

So, for all its wrongs, the movie is remarkably watchable. If you're not engaged by the stylish action then you're laughing out loud at some truly (but totally unintentionally) hilarious scenes. If you don't like Ja Rule's particular style of 'acting' (he makes Seagal look pretty good by comparison) then you might like seeing him kicked around like a rag-doll for the majority of the movie. And if you're a fan of Seagal disappointed by the restrained fights, you might enjoy the energy he puts into the rest of his performance - something which fans have seen little of since. It may not be The Rock, but it doesn't try to be, and as an unpretentious action-thriller, it's ninety-eight minutes of fun. It may not be good, but it's far from bad - and any bad elements (like the unintentionally funny scenes) come across as entertaining anyway. As they wait for the will-he-won't-he production of a third Under Siege instalment, Seagal fans can relish some of his back-catalogue titles and, with 20-20 hindsight based on his recent efforts, perhaps find undiscovered guilty pleasure in the likes of Half Past Dead.