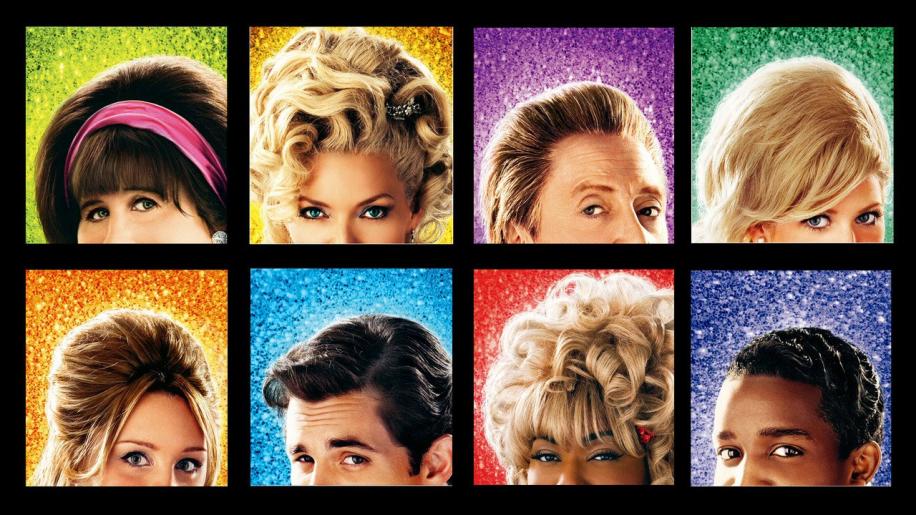 Since the dawn of the 21st century, Hollywood has produced very few successful musicals. It's a pity really, as I actually enjoy them to be honest. I often get ridiculed by people for owning the HD DVD of The Phantom Of The Opera. This particular movie was my first review for this site so it holds a special place in my movie collection. The surprising thing is, is that it gathers very little dust. I must have viewed that particular film that many times now that the laser on my HD DVD player has carved a groove through it. You see, I admire people that have talent. People that can sing have my utmost respect, as I know personally what an ordeal it can be to stand up in front of people to perform. But to be able to sing and act at the same time? Now that must take a special talent.

What's also surprising is the Hollywood A list stars that have the ability to do both at the same time. Hugh Jackman did it in Oklahoma. Gerard Butler did it in the aforementioned Phantom - as did Michael Crawford on stages worldwide.

So, what happens when a film turns up for review that has a stack of A listers in it, it's a musical, and on top of that, is packed to the rafters with energetic dance routines? Surely, they can't all sing and dance...?

So I sat down with the latest incarnation of Hairspray and prepared for a disaster of biblical proportions...
Hairspray tells the story of Tracy Turnblad (played by newcomer, Nikki Blonsky - more later). Tracy is an overweight teenager living in Baltimore in 1962. She has no interest in school - all she's interested in is dancing and boys. Well one boy in particular. Link Larkin - played by Zac Effron (who has had teenage girls swooning for the last few years playing in both High School Musical movies). Zac is the star of a daily music TV programme, The Corny Collins show. The show has a regular cast of local teenagers that bring new dances to the people of Baltimore - all held together by DJ Corny Collins, played by James Marsden - who has an exceptional singing voice, can dance a bit and is probably better known as Cyclops in The X Men movies (told you there would be few surprises...). One of the girls on the show has to take a nine month break, which leaves an opening for a new girl. The station holds an audition and of course, Tracy goes along. To give her some moral support, her best friend Penny (played by Amanda Bynes) goes along.

When they get there, they find they are ridiculed by the station owner, Velma Von Tussle, played by Michelle Pfeiffer, who looks like she could still fit into the Catwoman suit some 15 later. Velma's daughter Amber, played by Brittany Snow, is currently Link's girl - but when Link sees Tracy, something clicks and Amber starts to see red...
On return to school, Tracy is given detention. When she arrives at the detention room, she finds it's full of coloured people dancing to soul music. Tracy struts her stuff with Seaweed, played by Elijah Kelly, another newcomer. She discovers that Seaweeds mother is none other than Motormouth Maybelle (Queen Latifah), who is the DJ on the Corny Collins show on Negro night, which is a once a month special allowing Negro's on the show.

What you have to remember here that the film is set in 1962. During that period in America, Black and White people were segregated. They had separate buses, café's, swimming pools - they were even taught in separate classes. What the film tries to do from this point on is show the innocence of the youth of the time. Tracy fails to understand why she can't go on Negro night and towards the end, her friend penny develops a relationship with Seaweed. So what we have here is a musical film with what appears to be a deep underlying message. Tracy and her mother Edna (played by John Travolta) even attend a segregation rally and Tracy is accused of seriously injuring a police officer. OK, we may find it ridiculous today - but back in 1962 in the US, it happened. I'm just not 100% sure that a film like Hairspray is the way to recall it historically.
Anyhow, Tracy becomes a hit on the Corny Collins show and soon becomes a bit of a celebrity in the town. Stores want her to model their clothes and her mother decides to become her agent. This send Velma von Tussle through the roof and she plans her revenge - and sets her sights squarely on Wilbur, Edna's husband - played by the best actor on the planet, Christopher Walken. The problem is, Wilbur only has eyes for his wife, and the onscreen releationship between Walken and Travolta is a joy to behold. The one number that they do together, You're timeless to me, steals the show. Two old masters at work - and how good to see Travolta dancing again, even if it is in a massive fat woman costume from his chin to his ankles! Chris Walken is not the best singer out there, but he can shake a leg, that's for sure...
The movie plays out like a big West End show. The scenes between the songs seem to be there just to string the songs together...the story is in the music. Traditionally, the part of Tracy on stage has been played by a complete newcomer. And this film is no exception. The producers held massive open auditions for the role of Tracy - a bit like they did with Connie Fisher for the role of Maria in The Sound Of Music. Only these weren't televised and the producers had the final say on who got the part. I must say, Nikki is a fine discovery - but, unlike Connie Fisher, I really can't see her playing any other part than that of Tracy.
There's so much good about this film that I could in fact go on forever. At the time of writing, this film had been out for some time and women where I live are holding “Hairspray parties” - where you take the part of a character and have to stand up and sing-along to the film. I think there's copious amounts of alcohol involved as well and us men are banned...so plays the part of Edna. Again, traditionally this part is played by a man. In the original movie, it was played by Divine. She has been played on stage by such people as Michael Ball and Harvey Fierstein. John Travolta is great in the part - and did I mention how great it was to see him dance again? I'm not suggesting for one minute that us masculine testosterone fuelled bread winners should hold our own Hairspray parties, but you should go out and buy this disc now if you haven't already done so...it's a cracker.