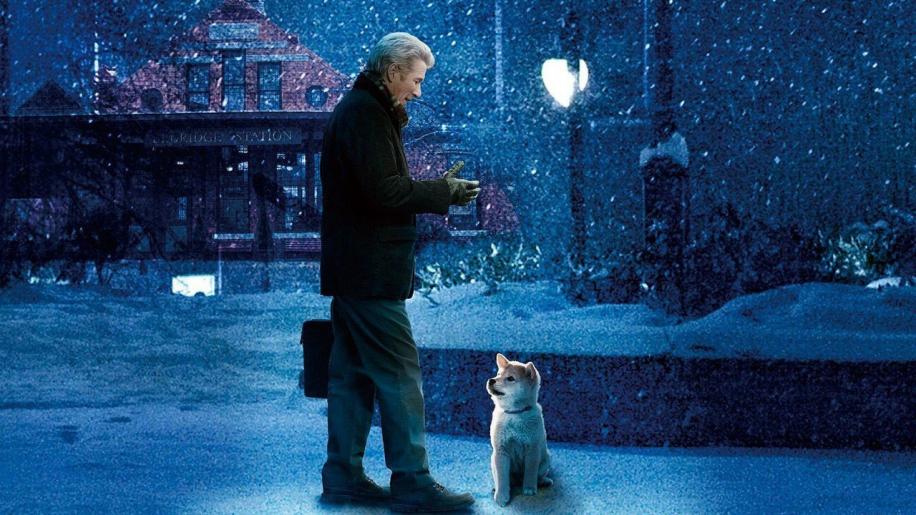 Family films are a strange category to explain. Due to their supposed universal appeal they cannot logically cater to every taste, but rather appear to straddle as many subgenres as possible whilst retaining a fairly coherent story, which is usually highlighted by its straightforward and linear progression. At its best the family movie can hold together the constituent pieces and make something greater than the sum of its parts, such as the numerous Disney and Pixar animations that have graced the silver screen down the years. They weave together fun, drama, humour and adventure in not only a palatable format but also one that can be seen as genuinely artistic.

I can't say I've ever been too firm a fan of anything described as “family” entertainment, be it cinematic or otherwise, as all too often it conjures up images of old ladies writing in to The Radio Times calling for “variety” to be brought back, whilst musing about their many enjoyable evenings at the old London Palladium watching such vintage material. By its very nature the idea of such a wide appeal usually means a homogenised approach that aims to be as broad and frankly generic as the market will allow. This blueprint could almost be the very pitch for Hachi: A Dog's Tale.

Now before I go any further, I feel I must admit to one small weakness in the “family” category of films - those involving animals, and in particular dogs. When confronted with any modern film that bears the name Richard Gere and taglines spouting how wonderfully touching it is, I tend to run a mile.....unless there's a dog. From the sublime to the ridiculous, from The Incredible Journey (the original 1963 version) to Sherlock Bones: Undercover Dog I have a compulsion to watch them. So, in suitably masochistic fashion I set my expectations to low and dived straight in to see where Hachi would rank.

The proclamation that this is based on a true story is partially true, though a few facts have been amended in the time honoured Hollywood attitude to historical accuracy. The original story was one of a Japanese professor of agriculture at Tokyo University named Hidesaburō Ueno whose dog Hachi became a nationwide symbol of loyalty. Few in Japan are unfamiliar with the tale of “chuken Hachiko” (faithful dog Hachiko), but in the West it is less well known though similar stories exist, particularly one which has been treated to a film adaptation by Disney, that of Greyfriars Bobby. So, with a change of location from Japan to the US, Hidesaburō Ueno becomes Parker Wilson (generic enough for you?) and a modernisation from the end of Taisho/beginning of Showa era to the present day, the scene is set for Hollywood to retell a universal tale in an American way.

Taking the directorial helm is Lasse Hallström, better known for his somewhat darker and stronger tuggers of the old heart strings such as What's Eating Gilbert Grape (1993) and The Cider House Rules (1999). His style here is more akin to direction-by-numbers, as each shot varies from the boringly unimaginative to the downright oddness of choosing to shoot from a dog's-eye-view, complete with mock colour blindness. Still, with the story being of a high enough calibre to have warranted a bronze statue to be erected in the dog's native Japan and said statue being a landmark of sorts, surely the narrative can't go far wrong?
For all his early promise, Richard Gere soon fell into a strange middle ground of cinema in which he appears to be perfectly comfortable, and Hachi does little to prove otherwise. As the college professor who unwittingly inherits a dog when its crate is broken open at the local train station, he is plausible, if uninspiring. There is supposed to be a sense of tension between him and his wife (played by Joan Allen), but the gestures made are so sweeping and telegraphed that they lack any real emotional value. Allen's role is sparse and only takes on any significance or value once you are in the final act. Part of the problem lies in the script, with duties in that department falling to Stephen P Lindsay, for whom this is a first feature film credit.
For any decent animal based outing to succeed there needs to be a fairly simplistic human cast that can be easily identified as falling into one of several categories. These usually range from friend to foe with one surprise and perhaps one unexpected twist in terms of redemption etc. The problem here is that the bland factor has been dialled up to eleven and has left us with the backdrop of a town full of painfully nice but thoroughly dull inhabitants. The tweeness is almost off the scale as the locations were clearly chosen by an individual keen on ornamental plates and cheap greetings cards. I'm not one to decry an artistic endeavour on the grounds of class, but this couldn't be more upper-middle class if it tried as houses are of the white picket fence variety and filled with candles, ornate wallpaper and a plethora of woven highly patterned scatter cushions. Throw in the facts that the only pair of trainers you'll spot are those worn by an immigrant stall owner, there appears to be one sole black resident and the professor in this version teaches music, spending his time musing over ballet dancers and the result borders on satire, if it weren't so absurdly earnest.
The dog for his part plays well, though anyone with a genuine interest in animals will obviously notice where the trainer is in any given shot. The interplay between Hachi and Gere is clearly at the centre of the story, which is all the more disappointing once you realise that the formative months/years are skipped over and instead we pass from a few playful scenes of a pup to a fully grown dog in a short period of time. The bond is never satisfactorily established, with the idea of man's best friend instantly devoting himself to his master obviously being easier to depict. This may seem a missed opportunity as it foregoes the most impish part of any animal's development in terms of personality, but considering the few scenes that do attempt to find humour in such rich veins, I'm sure many will be thankful that they were largely skipped.
Considering the film's trajectory is to aim all elements at the final target - the pay off, it is surprising that there is so little actual connection between man and dog to heighten the finale. There is a nice side story about playing fetch which has significance, and I know Akitas aren't the most playful of breeds, but given the chocolate box nature of everything else that lies within the film, I don't think it is unreasonable to expect genuine warmth between what are essentially the two leads, especially given the fact that everything revolves around the believability of their kinship. The ending still has a punch and will likely cause a few moistened eyes (I still maintain I had sawdust in mine from some earlier manly DIY!), but this is more to do with the truth behind the tale than anything else. If you don't demand too much and accept this as a tearjerker rather than a straightforward family film then you might find enough to satisfy, particularly in the final act, but it is damning in itself that the film flourishes when there are scant few humans on screen. Barring a minor and instantly forgettable performance by Jason Alexander, the dog is leagues ahead of the cast in the acting stakes and remains perhaps the only reason to watch this absurdly twee and kitsch vision of small town America. If, like me, you spent your formative years watching The Littlest Hobo and are after a big screen canine outing, do yourself a favour and watch The Incredible Journey or Turner and Hooch instead.