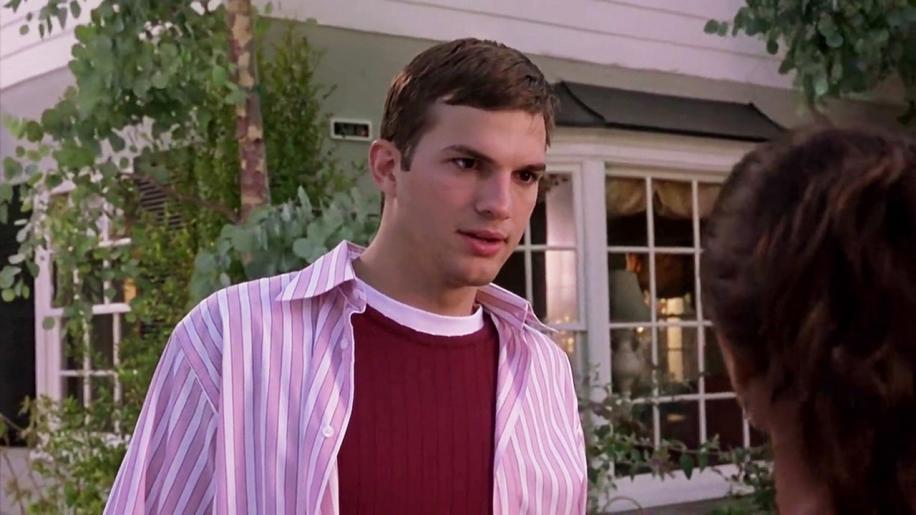 Percy Jones (Bernie Mac) is a self made man, head of loans at the local bank and is about to celebrate his 25th Wedding Anniversary as well as looking forward to meeting one of his beautiful daughters new boyfriend. In a loose remake of the 1967 Sidney Poitier film, Guess Who's Coming to Dinner where an African-American man goes to meet his white girlfriend's family, Ashton Kutcher goes to meet his black girlfriend's family. Percy however is not impressed and immediately mistakes Simon (Kutcher) for a taxi driver from the city.

Simon and Theresa (Zoe Saldana) plan to announce their engagement during the anniversary celebrations but this is hampered by Percy who will do everything in his power to split the couple up. Determined Percy immediately declares that Simon cannot sleep under the same roof as his daughter and tries to find him a hotel. As all the hotels in town are fully booked, poor Simon has to sleep in the basement as an unwelcome guest. However, Simon is hiding something from his girlfriend, the fact that he has resigned from his high powered job in the city. The reasons for his resignation become clear throughout the course of the film.

Percy is obsessed that Simon is harbouring a secret and sends his 'spies' to get information on his prospective son in law. Kutcher is determined to make an impression but every time he tries to, something goes wrong. Theresa is determined not to let her Father ruin her happiness but Percy is a determined man and will stop at nothing.

For a comedy, Guess Who touches on the subject of mixed marriages and handles the matter well. The film could become a bit 'preachy' but it puts across the message well that it doesn't matter who or what colour you are, if you are in love, go for it. Bernie Mac is a gifted comedian and portrays a Father who isn't happy with his daughter's choice of partner extremely well. He has piercing eyes, a booming voice and the most spectacular taste in suits ever. Ashton Kutcher does pretty well in the role of Simon and shows some good emotional depth.. He is probably more known in the UK as Demi Moore's boyfriend but he is a capable thespian, witness his turn in the very under-rated The Butterfly Effect.