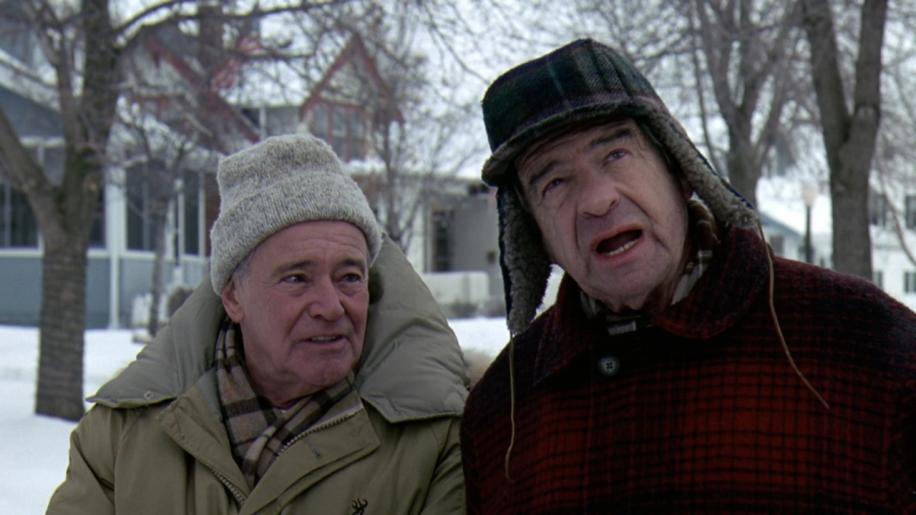 Walter Matthau and Jack Lemmon were a well respected comedy partnership that flourished over the years since their first great screen appearance together in 'The Odd Couple' back in 1968 and they went on to make a total of 11 movies together. They excelled as two men who not only behaved like children but also as an old, married couple - and while their comedy revolved around things most people would not openly admit to doing, they were undeniably funny. Matthau with his leathery hangdog expression and Lemmon invariably looking stressed.
In the end, that's probably what tickled our funny bones. The fact that we identified with their antics. The things we've all said and done in the heat of the moment, yet would much rather not publicise. In real life, the two old stagers were great friends but played upon their 'on screen' personas in public to get laughs.
At an Oscars ceremony where the two were to present a statuette they approached the microphone, apparently bickering, as their intro music played them on. When the music ended, the mic picked up Matthau saying “Just don't screw it up” to the harassed Lemmon - which almost brought the place down.
Their comic timing was close to perfection and when they passed away (Matthau in 2000, with Lemmon pursuing his buddy in 2001), the world lost a much loved double act.

We're reminded of just how good the two were with the Blu-ray release of their 1993 movie 'Grumpy Old Men'. It may not be a comedy classic, but it shows that the pair had the ability to lift a film from being just another Hollywood programme filler and cause it to take $70 million (rather a lot back then) at the box office based on the strength of their performances alone.

The story, set amid a snowy Minnesota winter, has Jack Lemmon as widower and retired high-school history teacher John Gustafson with Walter Matthau as his long time neighbour - also a widower and retired TV repairman, Max Goldman. They grew up as friends, but a falling out as young men over a woman has left them as a pair of cantankerous old curmudgeons, who have quarrelled with one another since God was a boy. Their only common interest is ice fishing, which they do in separate cabins on a frozen lake. It's their sniping relationship that's at the heart of the story, and the two actors are so good at what they do, having performed together so often, it's a pleasure to watch and listen to them spark off each other.
John's lecherous 94 year old father, played by Burgess Meredith, is a joy and very funny as he still refers to the two of them as kids. It's just a shame that he wasn't allowed more screen time to develop the character further.
As if things were not bad enough between the two old rivals, they get worse when a flirty, free spirited beauty in the form of Ariel (the lovely Ann Margret), moves in just across the street. Soon, the two are competing for her attention - and who could blame them, for her looks in her younger days no doubt fuelled many a teenage lad's dream (ahem!) and age hasn't diminished them.

The movie is not just a string of funny jokes. It takes its time to allow us to get to know the characters and to witness the seething resentment on the surface while there's actual care going on beneath. This makes the schoolboy pranks they play on each other all the funnier. The best has to be when Gustafson (Matthau) uses his remote control to change the channel on Goldman's (Lemmon's) TV just as he's excitedly watching the Lottery, hoping to win. I must own up to having done this myself when our neighbour got the same model of TV as we had and foolishly positioned it in his conservatory. The chemistry between Matthau and Lemmon is undeniably still there as they are able to play off each other perfectly with the kind of timing that can only come from knowing from experience exactly what the other is going to do next.

It's hard to make a really good movie with a plot as thin as this but if the screenwriter, Mark Steven Johnson ("Daredevil," "Ghost Rider"), and the director, Donald Petrie ("Miss Congeniality," "How to Lose a Guy in 10 Days") had just kept up the banter for longer, which is where the entertainment comes from, it might have raised the overall game.
Although the title doesn't quite stand out as a classic, it's a comfortable, workman like effort that is worth a visit now and again. At the end of the day, it's no "Odd Couple" but this pairing of the two actors late in their careers was one of their most popular. "Grumpy Old Men" remains amusing, and endearing too, thanks not only to the stars but in no small part to the contributions of real old-timer Burgess Meredith. Then there's Daryl Hannah (remember her from 'Splash') as Melanie, John's daughter, who's going through a separation from her husband. There's Kevin Pollak as Jacob, Max's bachelor son, who's running for town Mayor and who has always had a crush on Melanie. Ossie David as Chuck, the owner of a local bait shop pitches in as well as Buck Henry as Mr. Snyder, the cold-hearted IRS agent intent on taking away John's house.

I found the movie to be ultimately warm hearted without becoming too sugary sweet and there's a certain poignancy as the two old guys see people they've known for years pass away - making them realise their own mortality. The director, Donald Petrie, achieves something that many modern day directors fail to do - and that is he makes us care about the characters. Overall the movie has an old fashioned charm about it that makes it a pleasure to watch.

The rigors of filming this movie in Minnesota in freezing temperatures took its toll on the ageing actors as Walter Matthau was hospitalized with double pneumonia and took some time to recover thereafter.
The out-takes used over the end credits are truly wonderful, with Burgess Meredith as Gustafson's father expanding on what he thinks his son should get up to with the gorgeous, flighty neighbour. It gets more lewd with each take. The film ends on a touching two shot of Matthau and Lemmon that highlights their friendship, as they deliberately blow a take.
Well worth a screening.