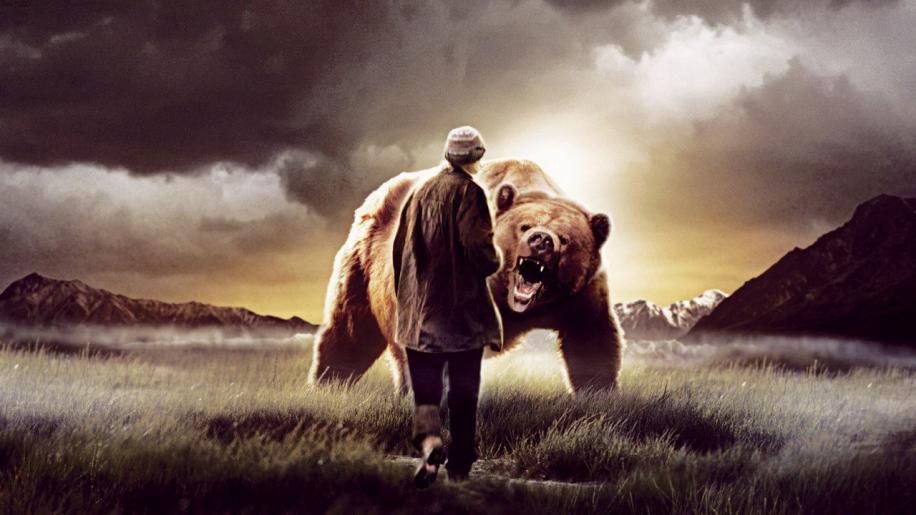 Grizzly Man has an anamorphic 1.78:1 image and is blissfully free from any digital demonising from its transfer to DVD. However, you must remember that the majority of this is culled from Treadwell's own footage. But, again, there is not too much to complain about. Damage is kept to a minimum and the grain levels do not distract. The colours are vivid, the detail is sharp and clear - with the bears benefiting enormously from Treadwell's impressive equipment - and the whole thing is very well put together.

I encountered no problem with smearing or artifacting, although there is a tiny bit of edge enhancement to be found. The Dolby 2.0 Surround track here is hardly going to set the world alight. It performs its job well, however, with all the dialogue coming through loud and clear and the soothing score playing nicely throughout. The only separation that I could discern was with the music, which does float about a little bit. Otherwise, this is pure and simple direct approach that is reliable and solid. We don't get any nice woodland ambience or any atmospheric bear growls from behind us, though. But check out the fantastically gruff cowboy voice on the pilot Will Fulton - the man who found the bodies. Sam Elliot, eat your heart out! Well, it's too bad that David Attenborough couldn't have been tasked with providing a commentary to this one. That would have been something to savour, and no mistake.

However, what we do get besides a plethora of Lions Gate trailers for the likes of Crash, Rize and Beyond The Sea amongst other things, is an unusual and fairly comprehensive look at the whimsical scoring of the music for the documentary. Entitled In The Edges: The Grizzly Man Session, this feature runs for a generous 53.46 mins and reveals the talents of Richard Thompson on guitar, Danielle De Gruttale on cello, Jim O'Rourke on piano and guitar, Damon Smith on acoustic bass and John Hanes on drums and percussion as they jam together during the two-day scoring session. Under the ever-watchful eye of Herzog who demands inspiration, motivation and experimentation as they compose and play alongside footage of the documentary, this is a pretty intriguing analysis of an equally important, and very spiritual, element of the filmmaking process. “Sophisticated, but crude ...” seems to be the guiding mantra for the score.

We also get Grizzly Man's theatrical tailer, which runs for 2.28 mins.

To be honest, I would have liked bit more than just this. Not so much a making of, as the documentary is pretty self-explanatory, but rather an insight into Herzog's decision to capture all this in the first place. This is an amazing documentary. Haunting, strange and utterly compelling, Grizzly Man gets under your skin like a forest tick and leaves a devastating impression. I've seen it twice now and it just gets more bizarre and confounding. The weirdest thing of all, though, is just how Treadwell gets his girls. They're no stunners, I'll grant you that ... and his opportunities for finding love of the human kind are pretty restricted. But, besides being devoured by the thing he admires the most, I find it all the more shocking that this vaguely camp, flouncy-haired, environmental-evangelist could actually find a woman willing to spend her summer alone with him in the middle of a fly-infested nowhere, surrounded by hungry grizzly bears. There's just got to be a joke in there ... somewhere.

Grizzly Man is very highly recommended, but it is not to everyone's taste.