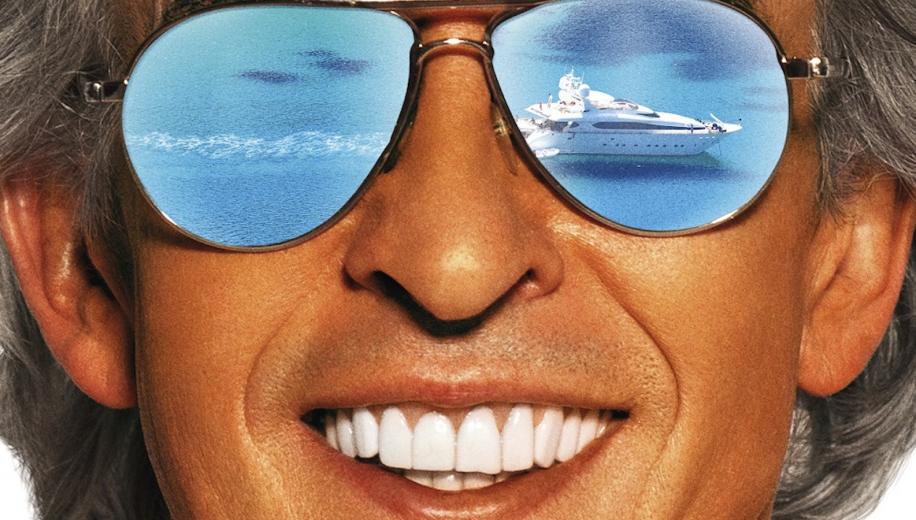 Michael Winterbottom goes for the throat in his comic commentary on both the perpetrators and the victims of the evils of capitalism.

Winterbottom has what could cynically be described as a scattershot approach to film making; more generously, he is daring with the variety of projects he takes. This propensity to flit between genres makes it difficult to pin down a particular style that is quintessentially his, outside of his run-and-gun approach to shooting. His output over the last twenty years has consisted of a variety of hit-and-miss experimentations with form and acceptability; light touch, unfocused documentaries that wear his heart on their sleeves; and biopics of larger than life characters. His latest, Greed, is a bit of an amalgam then, taking the approach of one of his biopics, pinning it to a fictionalised retail magnate and squashing in a documentary style exposé of the ills of inexpensive clothes manufactured cheaply. It almost works.

With Greed, Coogan is at his most Coogan, a phrase which will undoubtedly be enough for many to decide whether or not this film is for them

Sir Richard McCreadie (Steve Coogan – Stan & Ollie, Philomena) is a vulgar, opinionated, cutthroat, egomaniacal, retail magnate who is definitely not Sir Philip Green (you can stand down, lawyers). ‘Greedy’ McCreadie is in crisis following a public enquiry into his business practices and decides the way to put the horrible affair behind him is to commission an unctuous biography and throw an enormous bacchanalian 60th birthday party for himself on the island of Mykonos. (These are not things Sir Philip Green did – his party was on Cyprus.) As party plans come to a head, his parliamentary hearing, an obsession with the film Gladiator and the consequences of his knack for making a deal at the expense of others are steadily revealed.
﻿

﻿For projects such as these, Steve Coogan has always been Winterbottom’s go-to actor, with varying degrees of success - for every 24 Hour Party People, there’s a Look of Love. These films live and die on how much Coogan is allowed to get away with; the tighter the rein, the more likely the success of the endeavour. Lucky then that he is prevented from going wild in Greed.

That said, even within these confines, with Greed, Coogan is at his most Coogan, a phrase which will undoubtedly be enough for many to decide whether or not this film is for them. It hangs precariously on his ability to flit from making a one-liner hilarious with one breath and poisonous with the next. The balance is delicate but he sticks the landing. His performance is exaggerated just to the point of remaining believable, slipping almost unnoticeably from witty and charismatic maverick to truly repulsive. In fact it’s others who are handed the stand-out jokes. Isla Fisher’s delivery of “I’m not a gynaecologist, but I know a c– when I see one.” is a particular treat.

Fisher (Now You See Me, Confessions of a Shopaholic) feels well utilised in the film, in contrast to the majority of the supporting cast, a veritable who’s who of British comedy talent. David Mitchell (Peep Show) is given very little to do aside from standard bumbling and the ensemble of Tim Key, Johnny Sweet and Asim Choudhry, while funny on screen, seem a bit out of their comfort zone. But the stand outs are Shirley Henderson as McCreadie’s straight talking mother and Dinita Gohil as his downtrodden assistant, Amanda.

The film is arguably about Gohil’s character, much more than it is about McCreadie. Amanda is the person who has repeatedly suffered first-hand as a result of the ruthless business decisions taken to fuel McCreadie’s lifestyle; she is our link to the hardships of the factories in Sri Lanka; she embodies our feelings toward McCreadie, and Gohil carries the emotional weight of the film with ease. It’s unfortunate then that her character seems so obviously shoehorned into the situation, much like the statistics that are presented as title cards at the film’s close.

It’s not as simple as saying Greed takes the best or worst parts of Winterbottom’s documentaries and comedies. It seems to take it all and jam it together

The shooting is all well within Winterbottom’s wheelhouse: chasing characters around set, steadying up to frame the delivery of a particularly vital or funny line. What’s a little more unusual is the lingering takes that he favours are almost completely absent. The editing is quick-fire which does work in small doses to hammer home some of the darker elements that lie at the foundations of the film. What this technique also does is completely muddy the waters when it comes to making a point about the plight of workers in Sri Lanka. It blends the switches from a type of ‘can-you-believe-it’ smirking at the ridiculous whims of billionaires to the real and terrible living situation of textile workers in developing countries. Perhaps the intention is a knowing uncomfortable juxtaposition, but, in practice, that which is true gets lost among that which is exaggerated for comedic effect, a division you don’t really want to be confusing your audience about when your intention is to make them angry about the injustices on display.

It’s not as simple as saying Greed takes the best or worst parts of Winterbottom’s documentaries and comedies. It seems to take it all and jam it together. There are moments of course where the two approaches find sublime complimentary niches, just as there are moments of jarring, unfunny, sledgehammer point-making. Frustratingly, there are just as many instances of it only kind of working. The film just tries to do a little too much – there is an entire subplot about Syrian refugees that seems entirely redundant – and although the climax manages to claw back a bit of immediacy, it leaves the runtime of just shy of 2 hours also feeling a little too much.

Early cuts of the film, quashed by Sony, included call outs of specific brands and celebrities for their complicity in this cycle of inequality and matched the events of the film more explicitly to the real world. Had that been the case in the final cut, maybe Greed would have had more bite. As it stands, the only teeth this film has are the false radioactive-white ones in Steve Coogan’s head.
﻿