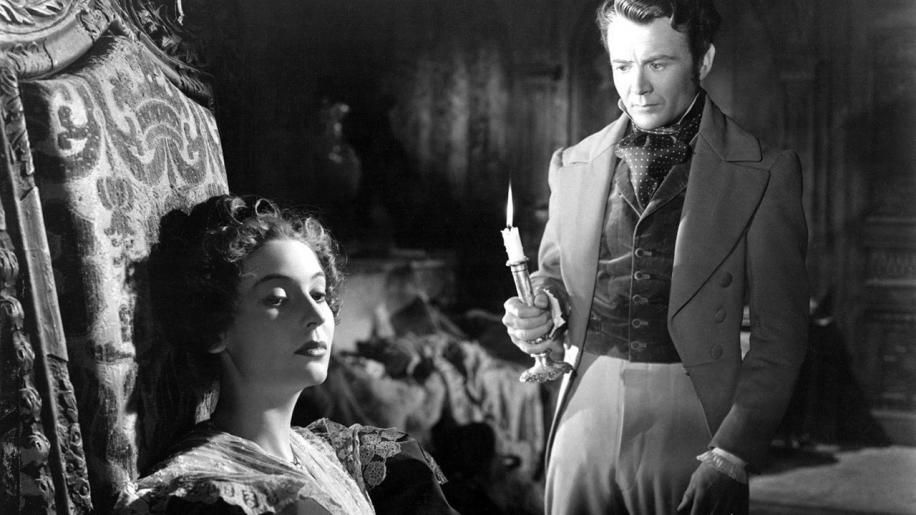 ‘Great Expectations’ was released in 1946 and was directed by Sir David Lean. This movie is based on the world famous novel of the same name by Charles Dickens (which was first published in 1860). I have to admit that although I’m aware that this is one of the most significant movies in British filmmaking history, I have very little knowledge on this fine movie’s history. Although I would consider myself to be a bone fide movie lover, I have no real interest in what I would class as “old movies”; i.e. pretty much anything that is in black and white. My passion for movies goes hand in hand with my passion for home cinema and anything that does not bring the most from my system generally doesn’t get the time of day. I do have an appreciation for cinematic masterpieces (‘A Wonderful Life’ and ‘The Day the Earth Stood Still’ stand proudly in my collection) but these are generally standout pieces that are “must haves”. Stuart has asked that we all expand our cinematic palette and so I bring you my first British Film Institute Top 100 Blu-ray review. I must add that I am hugely disheartened by the fact that there is a mono track on this release!!

This movie is basically a very lean (pun intended) version of the Dickens novel, inspired by a stage version, which featured Alec Guinness as Herbert Pocket and Martita Hunt as Miss Havisham. These two were so convincing in their respective roles, that they reprise them in Lean’s version of ‘Great Expectactions’. The plot follows the marvellous fortune of a young man known as Pip (John Mills). In Dickens’s novel he is documenting his life’s experiences but for the purpose of the movie adaption we simply follow his maturating from boy to man. Orphaned at a young age, Pip lives with his cantankerous older sister, who rules the roost with an iron fist. Her husband, Joe (Bernard Miles), is a decent soul, who does his best to look out for Pip and stand up to his battle axe of a wife (in his own backward and submissive sort of way!). One day, while visiting his parents' grave, Pip is assaulted by an escaped convict named Abel Magwitch (Finlay Currie), who accosts Pip into stealing him some food, before becoming duly captured by the authorities. It is on this fateful day, following the terrifying encounter with Magwitch, that young Pip’s fortunes begin to change.

Receiving a summons from a rich old spinster (Miss Havisham), who lives in isolation with her young servant girl, Pip duly travels to her desolate country estate. She requests that he play for her and seemingly uses him as a tool to bring some joy back into her empty life. He befriends her posinous, yet beautiful, servant girl and over the course of many months, falls madly in love with her. On his 14th birthday, several years later, the “play visits” cease and Pip begins his smithing apprenticeship. We then progress almost a decade into the future, where Pip is receiving some very good news indeed. A lawyer named Mr. Jaggers (Francis L. Sullivan; a man more famous for his turn as Mr. Bumble), shows up to escort Pip to London so that he may become a real gentleman; a man with “great expectations”, if you will.

In London, he lodges with a young man called Herbert Pocket, whose sole endeavour is to convert Pip into a socially acceptable and upstanding member of the community. The funds with which the two young men have at their disposal are seemingly endless and they quickly embark on massive spending sprees and live the high life in general. On the eve of his 21st birthday, Pip receives a timely visit from his old pal Joe, who informs Pip that Miss Havisham requests his company. Back at the familiar estate, Pip is delighted to be reunited with the (now) not so young, and infinitely more beautiful, servant girl, and he finds that she still holds his heart dearly but unfortunately has no feelings for him. It’s during this unrequited union, that Pip receives a call from Mr. Jaggers, who informs him that it’s time to meet his benefactor.....

For a first time viewer of ‘Great Expectations’, I have to say that I’m a fan. Initially I was distraught at the aforementioned limited surround track and black and white image (ignorant, I know) but I certainly warmed to the movie once I started watching it. Whilst this movie doesn’t feature a storyline which spans multiple dimensions, with large explosions and mind-blowing special effects, there is much to take in during the run time. I think the fact that these modern staples are absent forces the audience to focus on the actors, script and direction, in a wholly dedicated manner (i.e. there’s no eye candy to distract and dazzle). Lean, to put it simply, does a wonderful job here. He later went on to direct ‘Oliver Twist’ (1948) and achieve great success, with cinematic masterpieces such as ‘Lawrence of Arabia’ and ‘Doctor Zhivago’ (to name but a few) appearing on his resume. It’s also worth noting that he directed 3 of the top 5 movies in the B.F.I all time greatest movie list. But, the founding blocks of his illustrious career are cemented firmly in ‘Great Expectations’, and there really is a whole lot of technique to drink in. Shadows, angles, lighting choices, all make the unfolding of the plot seem more like the passage through the scenes of a play, rather than the regular progression of a movie. It’s blatantly obvious that each frame has been treated like a mini work of art and this is an aspect of the presentation that really shines through. Lean, and his team of writers, chose to leave out some of the more controversial portions of the novel and produced an “audience friendly” version for the movie. But he still retains the social commentary and deep undertones of greed and malice, which are allowed to gradually seep in, through his careful characterisation.

The actors are collectively excellent and no-one puts a foot wrong. Period acting is very difficult indeed, with the slightest fluffed line, or incorrect facial expression, shattering the illusion of the “when” to which the audience has been transported. Mills is particularly impressive as the young wretch who is granted a second life and a chance at success. His transformation from humble farm boy, to disdainful toff, is very well executed. The pivotal scene where his is unable, despite his best efforts, to hide his disgust at Joe’s bumbling manners (when he receives the summons on his 21st from Havisham), hammers home the key message of the plot; money corrupts and although it has the power to change you on the outside, you remain the same inside, no matter how hard you fight it. This “moral”, if you will, is carried solely by Mills’s characterisation. Alongside Guinness, there is an almost tangible chemisty between the two as they spark off each others presence; it’s not surprising that these two fine actors later became staples in Lean’s epic movies and major stars in their own right. Both are undeniably impeccable here. Martita Hunt also puts on a wonderful performance as the brooding and deranged spinster. The warped nature of Miss Havisham’s plan is pure evil genius; a strike that takes years of patience and manipulation to orchestrate. The execution is a little underdone for my liking but the principle is a master class in good storytelling. Miss Havisham's character is also the main aspect of the movie that adds depth and intrigue, largely because her view of the world has been so corrupted by her own devastating experiences. Sullivan’s character, Mr. Jaggers, is a very entertaining creation and stands as a very obvious precursor to his memorable role in ‘Oliver Twist’. The cast (and supporting cast) are collectively flawless and their performances here acted as a springboard to much bigger and better outings (not to mention some impeccable longevity, which spans decades in some cases).

The plot spans twenty eight years but the transitions through the decades and the evolution of the characters is handled by both the cast and director with aplomb. This adds greatly to the aforementioned characterisation, which is the keystone of this movie’s success. The archaic dialogue is a reminder of the ridiculous society, bound by rigid formality, which our forefathers once had to live in. In this way, the movie becomes not only a study in the evolution of cinema but also plainly shows how advanced our own civilisation has become in the last 180 (or so) years. This movie was nominated for three Oscars (Best Director, Best Picture and Best Screenplay) and won two; accolades that were most certainly deserved, especially for the impeccable set decoration and cinematography statues that the movie took home. With several remakes of this timeless classic arriving on our screens over the past 65 years, the original has endured and has proven to be the undisputed best and remains a cornerstone of the British film industry. This is one of those rare moments where an acting master class, pioneering direction and a pitch perfect adaption of a literary classic, mesh seamlessly, to create a landmark in cinematic history. It certainly has changed my opinion of older movies and contains a lot more substance and food for thought than most modern efforts; much like a good novel! This movie gets a solid nine from this (originally) sceptical reviewer, with no better time to pick it up than now, on Blu.