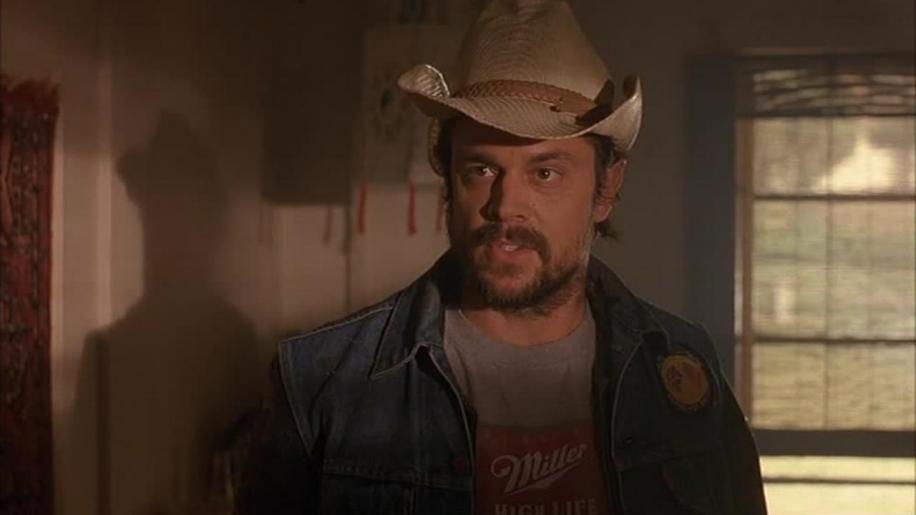 Those of you familiar with the Country/Rock scene, which flourished in the sixties and seventies with bands such as The Byrds or The Eagles, will be familiar with the work of Gram Parsons (trivia: short for Ingram, and not Graham), a singer/songwriter of that generation widely accredited as the grandfather of the Country/Rock fusion, although in reality he was more of a Country singer who behaved like a rock star than a true Rock and Roller. You may also be familiar with the strange events surrounding his death in 1973 and wondered if it was all true or whether the publicity was merely a cynical attempt by the record companies to cash in on his death with an increase in the sale of his albums. Well Grand Theft Parsons will clear up your doubts. Although it presents a fictionalised tale of the events surrounding his death, the bulk of the facts are accurate proving once again, if proof were needed, that truth is indeed stranger than fiction.

Grand Theft Parsons is written by an Englishman, Jeremy Drysdale, directed by an Irishman, David Caffrey whose previous output has been mainly in TV (Monarch of the Glen), and tells the touching, charming and very funny story of the events surrounding the theft of Gram Parsons body by his road manager Phil Kaufman, played with a Cloonyesque flair by the burgeoning talent of Johnny Knoxville. Following a drunken pact some years earlier Parsons and Kaufman agree that if either of them should die, the other would cremate the remains in the Joshua Tree National Park, thus freeing the spirit in a place they both loved. Parsons dies shortly afterwards of a drug overdose, ironically in the Joshua Tree Motel, and Kaufman sets out to steal the body of his buddy to fulfil the pact they made.

You may be thinking that these are pretty gruesome events, more a black comedy than a charming tale on the nature of trust, loyalty and friendship, but surprisingly the movie does come off as a sweet natured road trip. While the comedy is certainly not broad, it is not black either, more a light grey. Knoxville is largely responsible for this with a confident and endearing portrayal of chief protagonist Kaufman, who he spent many weeks with prior to the shoot in order to research his personality and mannerisms. Kaufman even loaned the biker jacket he wore to Knoxville, and Knoxville grew a 60's handlebar moustache to appear more like Kaufman, until he was mocked by a tramp on the streets of New York, and so grew a full beard as a compromise. Excellent supporting work is provided by Christina Applegate as the (fictitious) Barbara Mansfield, a gold digging girlfriend of Parsons, who is desperately trying to acquire his estate, based on a note he scribbled on a napkin, and the emotional heart and dignity is brought by Robert Forster as Stanley Parsons, Gram's father. The movie is almost stolen from this sterling troupe by Michael Shannon who plays Larry, a hippy stoner who ends up on the trip into the desert with Kaufman. His deadpan delivery is often hilarious.

Grand Theft Parsons is an unassuming little movie that tells a remarkable story in a humorous and touching way, and while the cynical may muse that essentially a drunken bum stole a dead body and torched it whilst intoxicated, that would be to miss the point. An enjoyable watch.