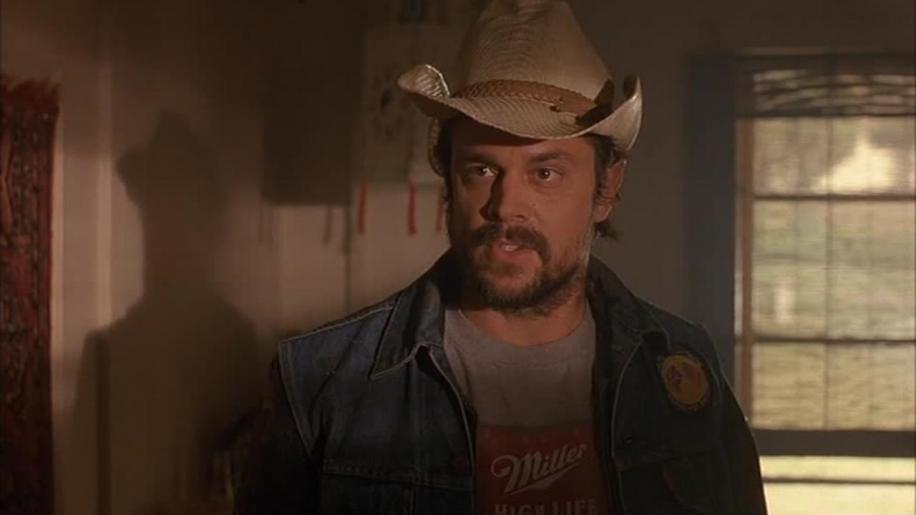 Picture quality is very substandard for a modern release, for which there is no good explanation these days. On the plus side the image in clean and free from physical damage, but that's about it. The low contrast in the picture gives it a pale washed out feel with skin tones looking pallid, and primaries having a washed out feel. Film grain is present in many of the outdoor scenes to a distracting level, and digital artefacts abound, with our old friend edge enhancement present in the opening credits, the closing credits and all points in between. Some scenes fare a little better than most, for example the bank scenes when Barbara is trying to get the bank manager to hand over all of Gram Parsons money, has a far punchier contrast range, and the detail in the skin and hair perks up considerably, but these few scenes are noticeable only because they are so few. Parsons fans amongst you may well be rushing out to buy this title in the hope that it will be filled with the man's work in glorious DD 5.1, well don't bother, because while his music is present, it is only in a few scenes and it is in a fairly bland stereo, as it only seems to come from the front left and right speakers. The poignant A Song For You plays as his spirit is finally freed, although Hearts on Fire, or We'll Sweep Out The Ashes In The Morning, would have been my choices at this point. Vocals seem compressed and certainly lack the fullness and roundness that a decent amount of controlled bass brings to the mix, the result is a tinny sound that you would expect from cheap headphones rather than thousands of pounds worth of Home Cinema kit. Extras consist of five (wisely) deleted scenes and brief interviews with the writer, director, Knoxville, Applegate and the real Kaufman. Kaufman relates the tale as it actually happened, and is every bit the man portrayed in the movie. The movie is enjoyable for the remarkable true story and the gentle humour and pathos in the performances of the actors, but the presentation of the disc is cheap and nasty. A rental, not a keeper.