Shame things don’t always turn out the way you want 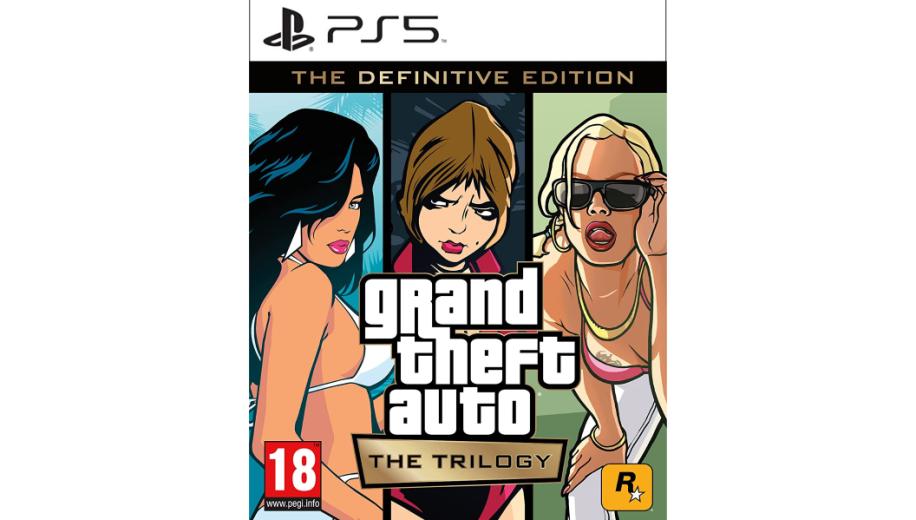 The excitement of being able to replay the Grand Theft Auto trilogy but with a facelift and new features is sadly countered by performance issues and a litany of bugs. There’s no denying the heritage of the most infamous of games, but everything that’s good about them is currently hidden under some development issues. Probably best to wait until patches have arrived to fix things first.

When Rockstar announced that, for the 20th anniversary of Grand Theft Auto III, it was to bundle it and the two rapid fire sequels into one remastered collection, we couldn’t help be excited. Yeah, we’ve played the three all the way through a number of times before, but the promise of many improvements and tweaks had us looking forward to doing so all over again.

Shame things don’t always turn out the way you want.

As it stands (at the time of this review), the Grand Theft Auto: The Trilogy – The Definitive Edition collection is a major disappointment. A litany of bugs, glitches and odd remastering decisions, coupled with a premium price tag make it hard to recommend. And, no amount of rose-tinted frosting on a pair of glasses can skirt that fact.

The same stories, voice acting and high level of ambition are retained from the original releases

Rockstar has promised to overhaul the release and has already started to fix some of the more glaring problems through patches, but it could take a while before we get the trilogy we deserve. In the meantime, we have a bit of a mess that does have its finer moments but nowhere near the quality we expect.

On the brighter side, GTA III, Vice City and San Andreas are all included and play well – if you can forgive the occasional frame drop (on PS5). The same stories, voice acting and high level of ambition are retained from the original releases. Plus, combat and movement controls have been lifted from GTA V to make better use of the controller’s right thumbstick and generally evoke a more modern feel.

The mini maps have been updated too, with new navigation options reducing the need to use pull-out physical maps included with the original games. And weapon and radio station selection wheels now make it easier to choose between options.

However, there are also some peculiar remastering decisions that, beyond fixable issues, make each game look like they could be part of a Playmobil licence.

As part of the remastering process, third-party developer Grove Street Games moved each title to the Unreal Engine and utilised a combination of artificial intelligence and in-house artists to upgrade every texture. In the case of the PS5 and Xbox Series X, this results in many textures that look decent in 4K. However, it also threw up a lot of oddities.

... there are also some peculiar remastering decisions

The most obvious of these are the character models used throughout. Every avatar – both playable and not – now adopts a strange cartoony feel thanks to the original assets being very low resolution and being made of very few polygons. Much of it we can excuse – after all, these games date back up to 20 years.

But, in many instances, the smoothing techniques used make people and clothing look like they are made from plastic. They move awkwardly – which is a by-product of the original, restrictive animations – but also lack character.

It’s a shame as other areas of each game look great. Take Vice City at night, for example – the new lighting system creates beautiful neon glows around the streets that ping off surfaces and cars like never before. And, as all of the foliage and trees were lifted from GTA V, they look stunning in this situation.

You even get two different graphics options, with Performance upping the frame rate to 60fps on the next-gen machines, while Quality presents a slightly more detailed visual presentation, running at 30fps. But even then, some poor application takes the sheen off both.

Neither is stable enough, we feel. And we can’t really believe that any game offering such little relative graphical detail has so many performance issues. Again, this is being fixed, we are told, but we just don’t know when.

Oh, and don’t get us started on the Nintendo Switch version, which we’ve also tested. It’s a frightful mess that’s so riddled with frame rate issues it’s barely playable at all.

The audio in GTA: Vice City and San Andreas is more than passable. When compared to the originals, there are missing music tracks – due to licensing more than anything else – but the presentation is decent enough.

We do worry about the voices in GTA III though. It’s seemingly rendered in such low bitrates that it sounds muffled, even crackly at times. The ambience is fine, but you do have to turn the volume up to hear mission instructions, for example.

... there are missing music tracks – due to licensing more than anything else

Thankfully, that’s not as big an issue in the other titles and it’s good to hear the dulcet tones of Danny Dyer again, reprising his role as sleezy Brit Kent Paul in Vice City. The radio stations (some missing tracks excepted) are also as great as they were first time around.

The sad part about the remasters is that the issues outweigh the positives – so much so that we’ve barely mentioned what’s it’s like to revisit the streets of Liberty City, Vice City and the multiple locations in San Andreas.

... it could take a while before we get the trilogy we deserve

Gloss over the bugs and dodgy plastic barnets and you still get why the series became so popular in the first place. The driving is still intuitive and the new combat and movement controls make each game better to play for sure. Rockstar’s original world building is still a joy to behold, and the sheer complexity of GTA: San Andreas amazes how it was ever released on the PlayStation 2.

Until a significant number of patches have arrived though, and performance issues ironed out, it’s hard to give this collection a thumbs up. Maybe it’s one to keep an eye on for the future – and hopefully when the price has dropped somewhat.