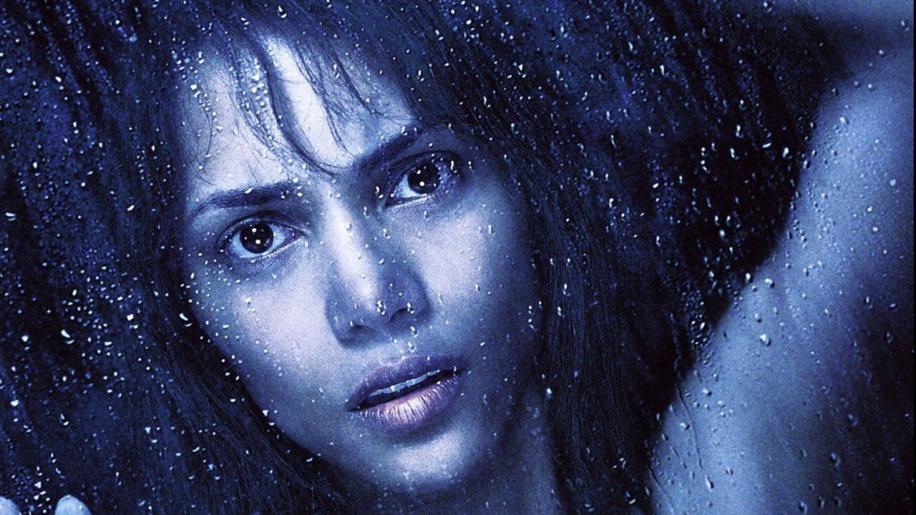 I have a recurring nightmare. I have been sectioned and committed to a mental institution for a crime I did not commit. I protest my innocence, but the more I protest the more insane I appear, until eventually I am a drugged up loon sitting in a corner wetting myself and drooling from my chin. Welcome to my nightmare, for it is this territory that is explored in the chilling and shocking Gothika.

Halle Berry plays Dr Miranda Grey a leading psychiatrist at Woodward Penitentiary, an institution for mad women. Her latest case is Chloe (Penelope Cruz), a woman who believes she is being raped every night by the devil. While driving home from the asylum, in the requisite thunderstorm of course, Grey swerves and crashes to avoid a semi-naked woman standing in the middle of the road. She awakes from her subsequent coma to find herself restrained in the very asylum at which she works, for the gruesome murder and dismemberment of her loving husband Douglas (Charles Dutton) a fellow doctor at the asylum. She continues to be haunted by visions of the young woman, and must try to solve the mystery of her husbands murder as well as prove to everyone that she is not mad.

Gothika is directed by French actor/director Mathieu Kassovitz and provides a stylish, if somewhat clichéd, piece of work. Think of somewhere between The Sixth Sense and Jakob's Ladder, and you have an idea of the territory we cover here. The story is moved along nicely and the shocks and chills are expertly done without being particularly original or ingenious. The colour palette is chosen to reflect and enhance the mood of the film being mainly steel blue, and greys. Again despite lacking in originality it is quite effective and serves its purpose well.

Acting duties are also on the good side of average with the leads Berry and Cruz glamming down, as seems to be the current Hollywood trend among beautiful actresses wanting to be taken seriously, in order to portray women on the verge of insanity. Robert Downey Jnr struggles to flesh out an underwritten role as the psychiatrist assigned to Berry's case, with whom a previous relationship is hinted at. Unfortunately this leads to a one dimensionality in his character, and a distinct lack of emotion. A similar fate befalls Bernard Hill in his role as the director of the Institution. Despite these shortcomings I found this a guilty pleasure. I am a fan of this type of movie, and although Gothika fails to break new ground it retreads the old ground in a confident and forthright manner. It won't have you guessing to the end, but there is a certain satisfaction when the pieces fall into place.